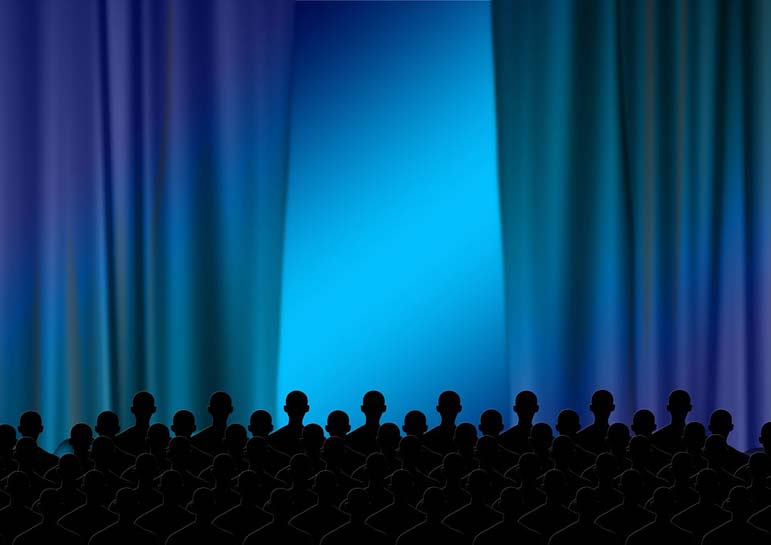 I've been a movie fan all my life. I grew up in the fifties and sixties watching old movies on television, over and over again. I know the scenes and the dialogue by heart to dozens of movies. I've worked in the movie business myself for 30 years. I have collected thousands of movies, including just about every classic movie musical ever made.

Thanks to recordings and film and video preservation, the classics don't go away. When a 70-year-old picture is carefully and lovingly restored it can look almost as good as it did on its initial release. Fred Astaire and Ginger Rogers are still with us, thrilling us with spectacular dance numbers. Bing Crosby can still dazzle us with his warm baritone, crooning in his unique easygoing fashion. The work of directors Vincente Minnelli, Stanley Donen, Busby Berkley, and Bob Fosse are just as alive as they were decades ago.

The words and music of Irving Berlin, the Gershwins, Cole Porter, Rogers and Hart, Jerome Kern, Oscar Hammerstein, and Johnny Mercer can still be heard. The best efforts of the great screenwriters, choreographers, art directors, and film producers are preserved for us to see and hear anytime we want.

In short, great singing, great dancing, and great music are not a mystery for anyone who cares to take the time to watch the classics. This is not to minimize or put down the talent of today's performers and filmmakers. They do what they can do. But what they do isn't what Fred Astaire, Ginger Rodgers, Eleanor Powell, Gene Kelly, Rita Hayworth, Donald O'Connor, Ann Miller, Bing Crosby, Frank Sinatra, Judy Garland, Debbie Reynolds, and Doris Day did.

I'm sure there are people around today with the talent and flair of yesterday's stars who would be capable of wonderful performances in new musicals. But for one reason or another they don't seem to find themselves at the forefront of our current pop entertainments. The ones that do get the roles now are seriously lacking in musical talent. It's less a matter of style than it is a matter of ability.

Amateur productions are okay for amateurs. High school plays are fine with high school students performing in them. But a major motion picture musical with a $30 million budget shouldn't feature musical numbers performed by people who really don't dance or sing too well. Maybe I'm expecting too much, but when I go to see a major Hollywood musical, even in 2017, I expect to see professional dancing and singing.

Speaking of audience expectations, most people want to see a happy ending when they go to a movie musical. I know it's corny, I know it's sappy, but the upbeat ending is part and parcel for musicals. The "boy meets girl, boy loses girl, boy gets girl" formula is a formula for a very good reason. It works. Can you imagine Astaire and Rogers splitting up and going their separate ways at the end of any of their pictures?

Every couple of years or so someone decides to take a stab at a new high concept movie musical, and that's a good thing. I appreciate attempts to bring back that wonderful genre. It's a pleasure when a movie comes out that isn't just another comic book or video game reincarnation. I know it takes guts to even try musicals with today's moviegoers. But think how much better it would be if the dancing and singing and music in the picture were at the same high level as the concept.

Now THAT would be entertainment!