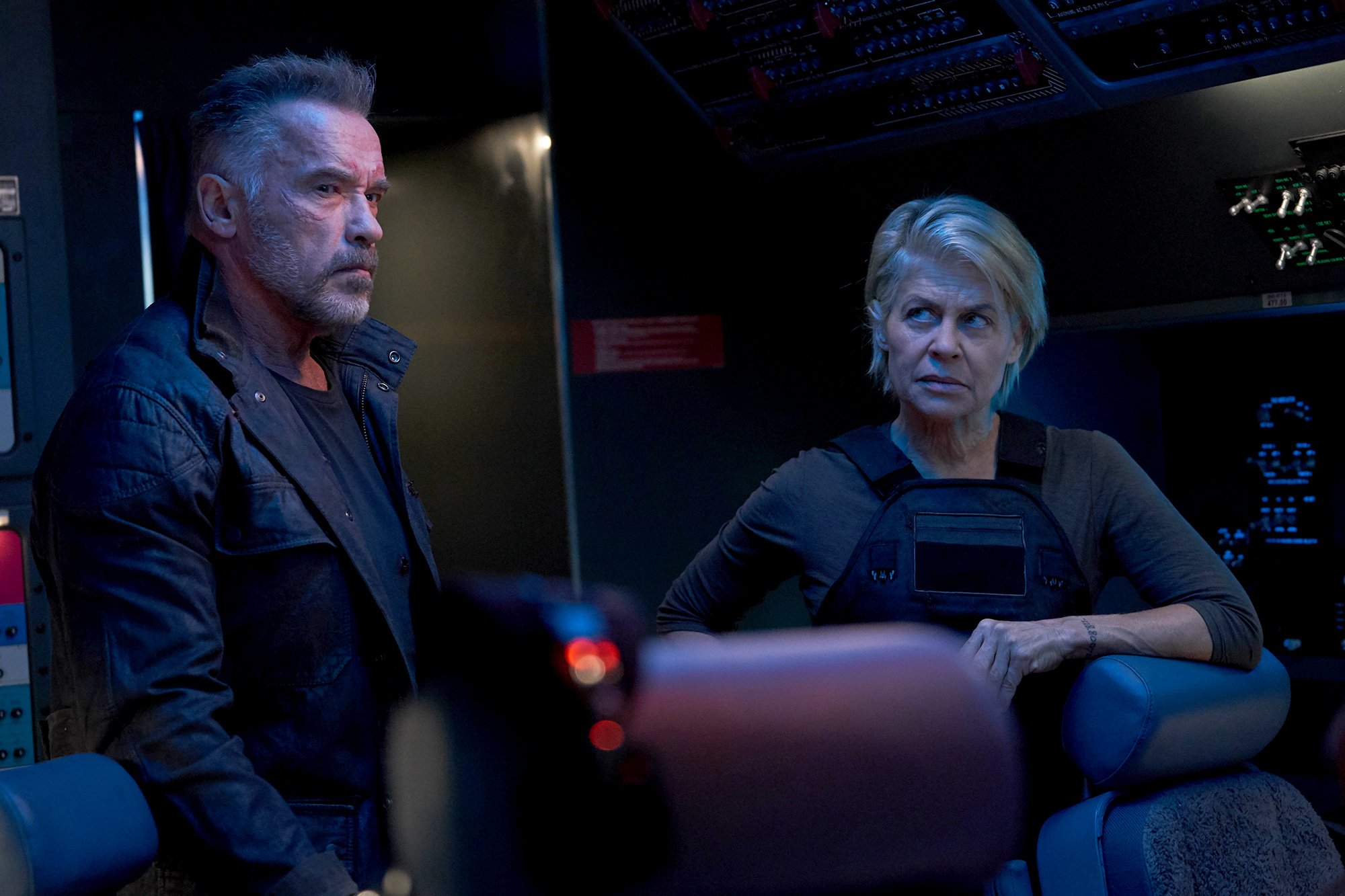 "Terminator: Dark Fate" might not have attracted audiences, debuting to a mere $29 million, but one wonders if it will attract the attention of cultural studies scholars in the years ahead. The whole thing feels as though it would be a petri dish for hot takes if anyone had bothered to watch it.

Gender studies professors will marvel at the film's rejection of the whole foundation of the series. Dani Ramos (Natalia Reyes) isn't the mother of the future: She is the future, the leader of the resistance. Take that, Sarah Connor (Linda Hamilton), who was merely the vessel for "some man's" greatness.

Queer studies professors will find a great deal of subtext to the film's troika of heroines - Dani, Sarah and the "augmented" human soldier Grace (Mackenzie Davis) - bickering and making house and doing battle against the Rev-9 (Gabriel Luna), a shape-shifting dude who often comes clothed in the uniform of authority. Of special interest has to be the aid provided by a Terminator (Arnold Schwarzenegger) named Carl who is explicitly described as a nonsexual male companion to a battered woman and whose main interest is interior decorating.


Political scientists could compare and contrast the treatment of the border in this film and "Rambo: Last Blood." The thesis practically writes itself: Reactionary "Rambo" sees Mexico as a land of violence and death; progressive "Terminator" sees Mexico as the future and casts Border Patrol agents as villains and border drones as wicked.

Neither of the aging franchises, however, attracted much in the way of audience interest (though "Last Blood" had the benefit of costing about a quarter as much) - a sign of America's ageism?

All of this subtext is well and good, but what's most interesting about "Terminator: Dark Fate" is the fact that it succumbs to fatalism and in so doing undermines the previous installments helmed by James Cameron, who returned to this movie as a producer and shares a story credit.

In "The Terminator," human freedom fighter from the future Kyle Reese (Michael Biehn) memorizes a message for Sarah Connor from her unborn son, John: "I can't help you with what you must soon face, except to tell you that the future is not set. There is no fate but what we make for ourselves." That message, "No Fate," resonates throughout the series: It's what Sarah scrawls on a picnic table in "Terminator 2: Judgment Day" before trying to destroy the Cyberdyne Systems headquarters that will spawn Skynet. It's a hopeful reminder that the world we live in is one we make, that we are not doomed.


And "Terminator: Dark Fate" scraps all that, as the subtitle suggests. The future from which Grace arrives has endured its own AI-led apocalypse, but Skynet is nowhere to be seen. Rather, a computer program named Legion sparked a nuclear apocalypse and engaged in its own backward-looking mission to eliminate the threat it faces.

No matter what humanity does, "Dark Fate" tells us, we are on a path to destruction. We cannot help but create an artificial intelligence that will use our own tools to eliminate us in nuclear hellfire.

We have no fate but what we make for ourselves, but only in the sense that the name of our destruction is not fated. One can practically imagine a whole branching future of different, generically named artificial intelligence: Legion, Hydra, Cerberus, Matrix, etc.

Despite the obvious implication that we're dead no matter what, the movie ends on a note designed to echo the first film in a way that makes no visual sense whatsoever. After defeating the Terminator in the first film, Sarah heads down a highway toward mountains wreathed by storm clouds, ominously heading toward a dark, uncertain future. In "Dark Fate," we close on a similar shot: Sarah and Dani getting into an SUV and heading down the road, into the future.

Except the road is suburban and tree-lined. There is no trouble in the horizon. It is as if they have simply accepted what humanity has in store on its horizon.

The struggle is finished. Sarah has won the victory over herself. She loves humanity's unalterably dark fate.