Gig-economy workers are the modern proletariat 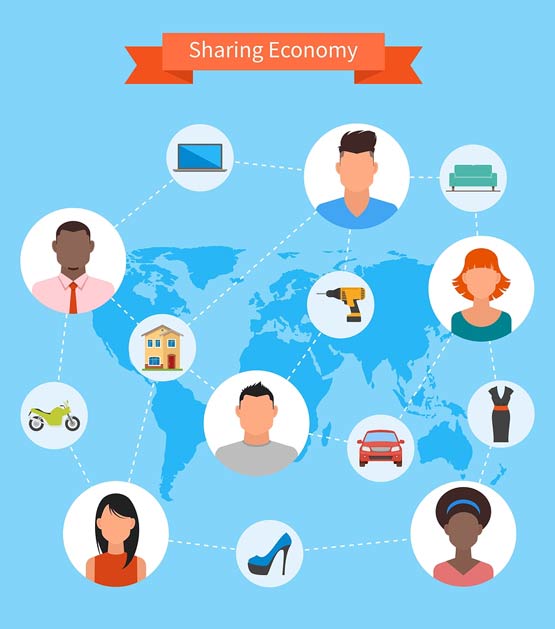 Karl Marx defined the proletariat as laborers "unencumbered by any means of production," increasingly impoverished by the rise of machines. In that classic form, Marx's favorite class doesn't really exist in the rich world of today - except in the so-called gig economy.

Reports from the International Labor Organization and the JPMorgan Chase Institute describe the plight of different kinds of gig-economy workers who struggle to make even minimum wage toiling for giant tech platforms.

There are two types of gig-economy work: web-based, which can be done from anywhere, and location-based, done in the physical world but doled out via marketplace-style apps. The ILO report deals with the lowest web-based work, found on digital labor platforms such as Amazon Mechanical Turk and its smaller competitors.

The organization surveyed 3,500 workers in 75 countries and found that last year the average worker on five such platforms earned $4.43 per hour - or just $3.31 an hour if one takes into account all the unpaid time, about 20 minutes per hour, spent looking for orders, researching clients, taking qualification tests and writing reviews.

And even that is relatively generous: Another study published last year estimated that "Turkers," as workers on the Amazon platform are known, made a median hourly wage of $2.

Almost two-thirds of U.S. "Turkers," according to the ILO study, made less than the federal minimum wage of $7.25 an hour. Only 7 percent of Germans on the Clickworker platform made the statutory minimum wage of 8.84 euros ($10.40) an hour.

This would perhaps be marginally tolerable if "crowdworkers" logged on only to supplement their income from other jobs. But 32 percent of those surveyed by the ILO earned their primary income from the platforms. These mostly educated people spend many hours filling out questionnaires for academic researchers, transcribing audio - even moderating content for social networks, which means watching violent videos or reading hate-filled posts all day.

This is not the nicest work, and some of it can have a lasting psychological impact. Yet the "crowdworkers" live in a world without the basic protections guaranteed to holders of most menial real-world jobs. Not only do they earn less than the minimum wage, they are not protected against nonpayment. No one owes them an explanation when their work is rejected, when they fail a test or when they receive an unfavorable rating.

It may seem preposterous to demand sick days and paid vacations for "crowdworkers." Yet the ILO makes the case that at least some of them should be considered employees, not independent contractors, because they're penalized for declining jobs and face non-negotiable prices and quality standards. Similar criteria have been applied in various countries' courts, often successfully, to location-based gig economy companies such as Uber and Lyft.

The JPMorgan report deals with these location-based platforms, which have higher visibility than the web-based ones and have gone further down the worker-impoverishment path described by Marx. The click-workers complain that increased competition for the better-paying orders is forcing them to look on more platforms, and there are no data yet on diminishing returns for the activity.

JPMorgan's study of location-based services, using data on payments from platforms to Chase checking accounts, shows that, on average, gig workers were earning less last year than in 2015, whether they drove for Uber, cleaned offices or rented out their homes on Airbnb. The drop was particularly significant for the drivers.

"Regardless of whether the drop in earnings was caused by a fall in wages or hours or both, it indicates that driving has become less and less likely to replace a full-time job over the past five years, as more drivers have joined the market," the report said.


Coupled with the lack of worker protections, this makes location-based gig-economy jobs as hellish as those of "Turkers" and other click-workers.

It's possible, of course, that the gig-economy platforms were never designed to provide full-time work that pays the rent and feeds the kids. If they work for only occasional supplementary income, that's an excuse for a take-it-or-leave-it approach to labor.

Should a modern society tolerate jobs that come with no worker rights and no possibility of dignified survival for those who can find no other employment? And even if such jobs are allowed, should they be offered by huge tech companies that provide outsize returns to shareholders even if they don't turn a profit?

The market, in its pure, unadulterated, Marx-era form, cannot provide satisfactory answers. The JPMorgan report says the part of the gig economy covered by its data is "roughly comparable to the size of the entire information sector" of the U.S. economy in terms of worker numbers.

Yet all these people have found themselves exempt from the humane norms that developed over centuries of interaction, both peaceful and violent, between labor and capital. That's an anomaly for legislators and regulators to try to fix. Even if this results in less work being available (not a given, since the tasks will still be there) gig workers, too, should live in 2018, not 1848 - the year Marx and Friedrich Engels published the Communist Manifesto.