It takes some courage to fall asleep 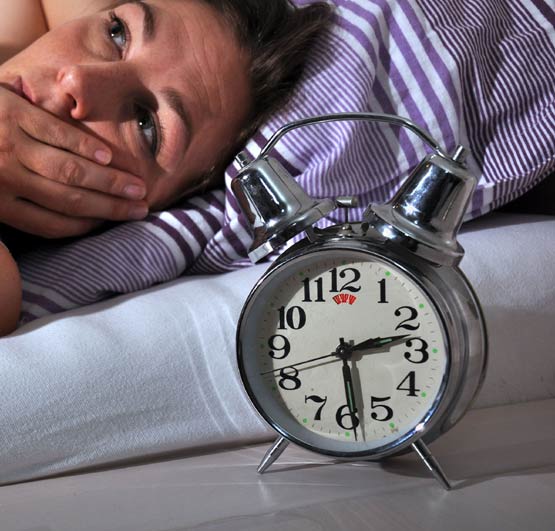 Were you the child who headed into nighttime scared of being left unprotected in the dark? Or did you pretend to fall asleep right away so that you could be by yourself, reading with a flashlight under the covers?

I'm finishing a book proposal on the subject of loneliness and have been writing until 2 or 3 in the morning, which is interfering with my ordinarily healthy sleep patterns — bed around 11, up around 7 or 8. Combine that with the process of writing a long piece and the topic of loneliness, and I'm thinking about the complexity of sleep.

For one thing, given that I'm no longer 22, I now find myself exhausted when I'm up half the night. Physical exhaustion is different from being sleepy in the same way that being malnourished is different from being hungry. I once kidded myself that getting sufficient sleep, like getting sufficient food, was a sign of self-indulgence. In my youth, I boasted about getting by on four hours of sleep while nourished only by coffee, soup and toast.

I ended up walking around in a daze and was diagnosed with anemia. I shouldn't have bragged. I should have shut up, gone to bed and had some chickpeas.


Then again, I was never a good sleeper. As a kid, I was terrified of the dark, and I hated the very thought of bedtime — although, paradoxically, I have always loved naps.

But a nap doesn't feel like sleep. The very word "nap" has a certain cozy adorableness to it. Who's ever been afraid of a nap? You don't say a prayer asking for your soul to be delivered to heaven on the off chance that you die in your nap. Napping is a temporary state, a picnic-date with sleep, not a spend-the-night commitment to it.

There just isn't the same sense of gravity involved because, I suspect, there isn't the same sense of self-abandonment, the utter loss of control. There's something oceanic about sleep: It's deep and dark, and you worry that you might go too far out and be unable to return. Night lights, like lighthouses, act as symbols of safety but don't guarantee it. You have to make your own way back. And there are monsters out there, maybe. Things you glimpse, can't name and might just be your imagination are on the periphery. Or maybe they're just outside your blankets. Or your door.

It takes courage to fall sleep if you don't feel safe, especially when you're little, and that sense of vulnerability can echo through our adult lives. "There were nights as a child where I would stay awake as long as humanly possible out of fear that something terrible would happen in my sleep — a family death, a fire, what have you — probably as an attempt to reclaim control over the absolute randomness of life," writes Tim Stobierski, a former student of mine.


I felt the same way. The scariest thing was when my parents would argue; the second scariest thing was when our cat couldn't be coaxed indoors for the night; the third thing was my unrelenting fear of nuclear war, twinned with the horror that we would somehow sleep through it. Talk about a fear of missing out. I saved up for a transistor radio that I kept on all night, tuned into a news station. I saw it as my job to keep my family on alert for the apocalypse.

I'd usually fall asleep right before dawn as the traffic started to pick up and the birds started to sing.

You don't earn sleep; it's a gift. Sometimes the most undeserving can reap eight hours of uninterrupted calm while others who have worked hard and who put their heads down deserving rest are up all night, waiting for one interminable minute to become the next.

Yet sleep can offer us entirely unexpected rewards as well. When I'm writing, I'll keep working in my dreams. There's no place to hide when you're asleep, and your dreams can sometimes make you run towards something you need — not only away from what scares you.

The flashlight under the covers can illuminate wonderful things.