Putin's goal is to divide the West. Can Trump thwart his plan? 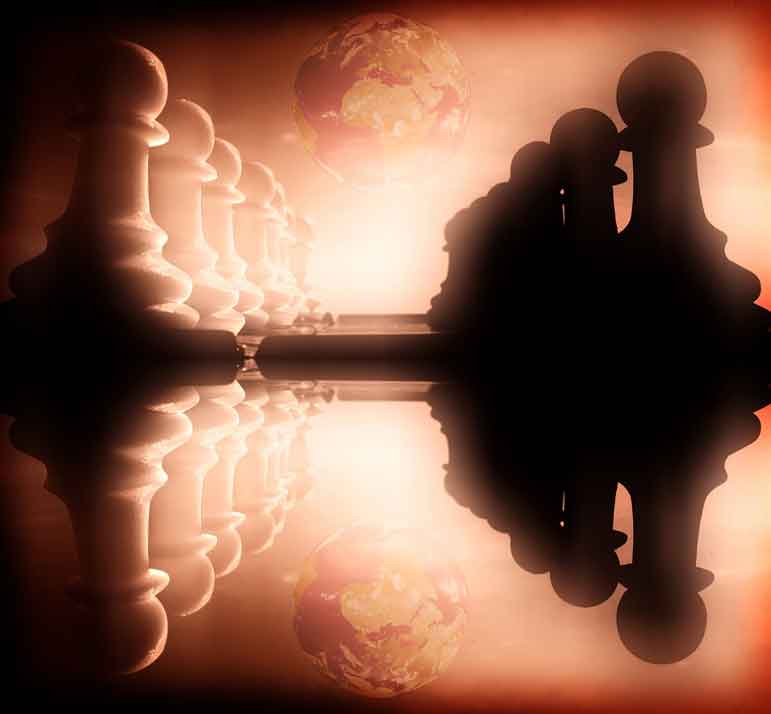 Remember George W. Bush peering into Putin's eyes and seeing a good soul? Putin didn't have to do anything to get Barack Obama to give up a planned missile defense system in Poland with the hope that Putin would help rein in Iran's aggression. It didn't work.

Instead, Putin sold sophisticated anti-aircraft systems to Tehran and is building a nuclear reactor there. Then, Russia's forces seized Crimea and fomented a powerful insurgency in eastern Ukraine.

Obama got himself in trouble when he drew a red line to prevent Syria from using chemical weapons but then lacked the will to enforce it. Putin brokered a phony Syrian surrender of "all" chemical weapons to save face for Obama.

Neither approach has worked well. Even back in 1980, Jimmy Carter tried it, withdrawing U.S. athletes from the Summer Olympics in Moscow over the Soviets' ill-fated invasion of Afghanistan. Moscow and 14 bloc countries reciprocated by boycotting the 1984 Summer Olympics in Los Angeles.

Obama levied a series of sanctions on Russia and Russians over the Crimea annexation and Ukraine meddling. Trump has approved the more serious sale of lethal defensive weapons to Ukraine. And he imposed additional sanctions over malicious Russian cyberattacks.

Such tough responses bring Trump little credit, if that's the word. That would contradict a popular media narrative about Russian collusion as an explanation for Democrats' stunning 2016 presidential loss.

And, honestly, Trump has clumsily walked all over his own message of toughness by instead repeatedly expressing hope for improved relations and appearing to defer to Putin after their Helsinki summer summit.

Trump did abruptly cancel a meeting with Putin at the recent G-20 summit in Argentina, blaming it totally on Russia's seizure of three Ukrainian navy ships and crews off Crimea.

But c'mon, cancelling a scheduled meeting means even less than years of economic sanctions that sound good at home but have failed to change Russian behavior at all. Seriously, if any wealthy Putin pals have yet to move their money from New York to Cyprus, they must not care much.

Putin's goal is a very Russian one: to restore her greatness as defined by today's tsar. He wants to thwart Ukraine's NATO bid on his border, Moldova's nearby and perhaps scare other members that might wonder about the longevity of Trump's commitments.

In the Mideast, Putin is pecking away at U.S. relationships, wooing Egypt's president and Saudi royalty, giving each an alternate ally and arms supplier should relations sour with Washington.

Then, there's Turkey, an inexplicable NATO partner, which is falling under Recep Erdogan's increasingly authoritarian rule. To reduce U.S. influence in the region, Putin is building another reactor there, has lured Turkey into Syria as a partner with Iran and is selling air-defense missiles to Istanbul.

That is indeed puzzling. Such armaments are incompatible with NATO systems. And if you're an alleged ally of NATO, Russia, Iran and Syria, whose planes might they target? Israel? U.S. ones based in Turkey?

Putin's plan is to weaken NATO by inciting such internal dissent. He's actively encouraging European reliance on Russian energy sources, including a massive new natural gas pipeline into Germany. His military maneuvers near the Baltic States cause jitters, as designed.

Trump's so far unrewarded patience with Putin contrasts with his stern demands for NATO members to boost defense spending. Trump's impatience with allies is reasonable in one sense. All 29 members agreed to increase defense budgets to 2 percent of GDP, and the U.S. does shoulder an inordinate financial burden. Only eight are at that level now.

But the deadline isn't for another eight years. And the short-sighted Trump-induced turmoil and uncertainty over American commitments are exactly what Putin seeks.

And let us — and President Trump — not forget that only one member in NATO's 69-year history has benefited from Article 5's mutual defense clause.

That member was — wait for it — the United States after the 9/11 attacks when alliance allies loyally marched into Afghanistan together after al Qaeda and the Taliban.