Euthanasia for the vulnerable 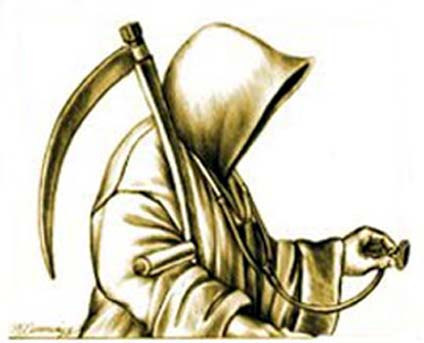 The euthanasia of mentally ill or cognitively impaired patients is inherently controversial. Given the risk of fatal error, how many botched cases would it take to discredit the practice completely?

If you said "any number greater than zero," you would be interested in the physician-assisted death of a 74-year-old woman with dementia in the Netherlands.

The circumstances were so disturbing, even the Dutch regulatory body that retrospectively reviews, and usually rubber-stamps, euthanasias could not countenance it.

The patient, referred to in official documents only as "2016-85," had made an advance directive requesting euthanasia in case of dementia. But the directive was ambiguously worded, and she was no longer able to clarify her wishes by the time she was placed in a nursing home - though her husband did request euthanasia for her.

Despite the lack of a clear expression from the patient, a physician concluded her suffering was unbearable and incurable - though there was no terminal physical illness - and prepared a lethal injection.

To ensure the patient's compliance, the doctor gave her coffee spiked with a sedative, and, when the woman still recoiled from the needle, asked family members to hold her down.

After 15 minutes were spent by the doctor trying to find a vein, the lethal infusion flowed.

Neither voluntary, painless nor dignified, this physician-assisted death has become the firstever referred to prosecutors by the Dutch regulatory commission - with, so far, unknown consequences.

One has a certain sympathy for the doctor. Euthanasia is commonplace in the Netherlands, and the legal criteria are utterly subjective: "unbearable suffering," "due care" and, fuzziest of all, especially in cases of dementia or mental illness, a "voluntary, well-considered request."

As bioethicists David Miller and Scott Kim of the National Institutes of Health note in a recent paper, "Dutch physicians . . . report difficulty in applying the [euthanasia] laws," especially when it comes to judging patients' volition and deciding whether there is any "reasonable alternative" to euthanasia.

Between 2012 and 2016, Miller and Kim reported, there were 33 cases in which Dutch regulators found that doctors had broken at least one rule while ending a person's life, though not so flagrantly as to warrant criminal referral.

Pro-euthanasia activist doctors were overrepresented in problematic cases. "In some cases, physicians knowingly pushed the limits of [the] law," Miller and Kim noted.

Nevertheless, a 29-year-old woman, "Sarah," whose sole medical complaint is serious, nearly lifelong depression and self-harming behavior, has received permission for euthanasia, to take place Friday, according to the RTL Nieuws, a Dutch media outlet.

She was released from prison in December 2016 after serving 2.5 years for arson. She received no therapy while incarcerated and, 12 months later, she persuaded doctors her psychological suffering was unbearable and untreatable.

"It was a long and difficult road before she finally got permission," RTL Nieuws observed. "And that is why Sarah wants attention for her story. Not for herself, but for others who also find life psychologically too heavy, have no chance of healing and want to die in a dignified way."

In Belgium, meanwhile, reports of hasty and otherwise questionable euthanasias of people with mental illness have triggered a rare debate over physician- assisted death.

Belgium legalized it in 2002, and the practice enjoys wide support.

Joris Vandenberghe,a psychiatrist at the University of Leuven, is calling for stricter controls. He complained last year that psychiatric patients have died at the hands of doctors who failed to meet criteria set forth in Belgian law: "I'm convinced that in Belgium, people have died where there were still treatment options and where there was still a chance for years and even decades of life."

Support for the practice is still strong, so strong that the Brothers of Charity, a Roman Catholic organization that operates the largest group of psychiatric hospitals in Belgium, has agreed to acquiesce to euthanasia requests - contrary to Vatican policy.

This decision came after a Belgian court ordered a different Catholic institution to pay damages to the family of a 74-year-old terminally ill woman because administrators required her to leave the facility for euthanasia. Religious conscience was no defense, the court ruled.

The Vatican may decide to discipline the Brothers of Charity hospitals, but Pope Francis's influence in the Low Countries is limited. Many in the region hail legal euthanasia as a victory for individual autonomy over church doctrine.

International pressure from secular institutions might prevent the expansion of medical euthanasia for mentally ill or cognitively impaired people, whose ability to "consent" to their own deaths is manifestly doubtful. But the World Psychiatric Association completely ducked the issue last October during its congress in Berlin.

For now, these vulnerable people, and those in Belgium and the Netherlands who would protect them, are on their own.