President George H.W. Bush and the creep of cruelty 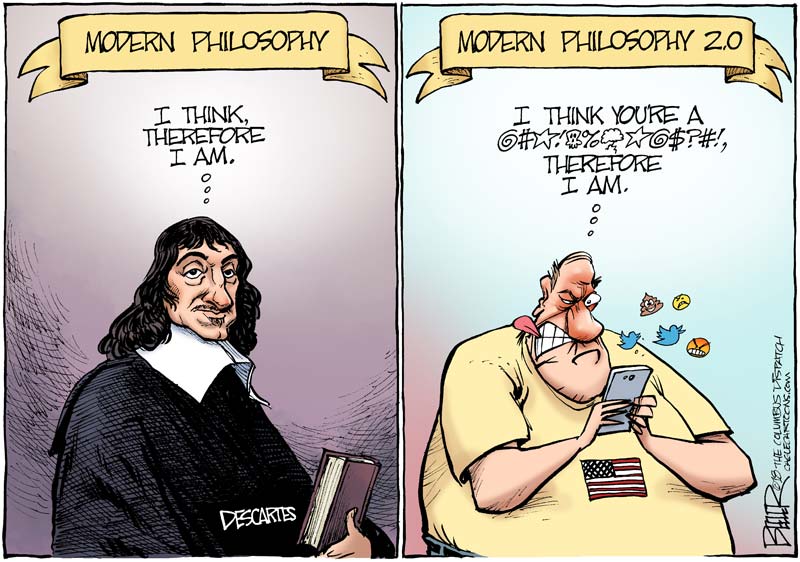 Against the backdrop of deep savagery in the world - the Syrian genocide, the Islamic State's mass executions, China's concentration camps for Muslim Uighurs, the genocide of Myanmar's Rohingya - complaints about homegrown incivility in the United States seem quaint, even silly. But they are not. The descent of much of the country's political conversation into venom and hate is accelerating and disturbing.

When casual cruelty entered the lifeblood of the United States is impossible to say. Newspapers in late-18th-century America were brutal, partisan weapons, and by the time of the Civil War, even the great Abraham Lincoln was mocked as a "barbarian, Scythian, yahoo, or gorilla." Politics has, from the time of recorded history, been full of condemnations, invective and insults, even to the point of provoking murder occasioned by the duels they instigated.

But what might have been fatal in eras gone by is simply deeply wounding now, and it was far less prevalent in daily life in the 20th century than it is today. (McCarthyism being the exception, not the rule.)

Cruelty is a sin, of course, and no world religion holds it up as other than a sin. But today's culture rewards it. Mightily.

The creep of cruelty into our everyday lives probably began with television, and the gentle chiding of the first late-night hosts and their monologues. Slowly, but turn after nightly turn, again and again, the staple of the monologue became one-liners that could be stapled to public figures.

We grew used to this. We all laughed. From Steve Allen to Jack Paar to the incomparable Johnny Carson, on to Jay Leno and David Letterman, deeper and deeper into slicing and dicing.

The launch of "Saturday Night Live" took the verbal acid and began throwing it about liberally, and when Comedy Central brought us "The Daily Show" and Stephen Colbert, another rung down the ladder was reached.

The monetization of cruelty and of playing to ever smaller but more loyal slices of the nearly 330 million Americans in the potential television viewing audience means that the trend isn't going to be reversed soon. Speaking to me in the '90s about sexuality in the culture generally and pornography specifically, the late Charles W. Colson, Richard Nixon's political strategist, counseled that, no matter how large a body of water is, enough pollution pumped into it could kill all the life within. What was true of porn is true of the poison of invective. Programmers, hosts, pundits and performers are responsible for this. Every one of us.

The general reverence for former President George H.W. Bush this week reminded us how far we have traveled down this road in the quarter-century since he left office, tilting toward invective and away from debate, from reason to mere denunciation. Of course, social media is the accelerant. The gentle humor of Alan Simpson and Jon Meacham in the eulogies they delivered Wednesday at the state funeral of "41" was wonderful, but they were museum pieces.

Comments will accumulate quickly below this essay blaming President Donald Trump, but whether they are beings or bots, their blame is misplaced. The president does launch cruel attacks, but his are not unique. They are part of a tapestry of brass-knuckled commentary that is everywhere and relentless. Blame whomever you wish. The guilt is shared.

There isn't a cure to the global warming of invective, just mitigation and adaptation. Some tech wizard will build a new Twitter that somehow blocks anonymity and thus slows the acceleration of the slandering. But that will be only a refuge, not a rollback.

The real requirement is moral regeneration of that part of the collective national consciousness that condemns and punishes in the marketplace the ever-growing venom in the public square. That is a tall order. It would require churches, synagogues, mosques and temples to remind people, if not of hell, then at least of purgatory as the payback for cruelty. So quaint and old-fashioned an idea as the sinful nature of cruelty and its threat to immortal souls first requires the idea of immortal souls to resurface.

"There are no ordinary people," C. S. Lewis wrote. "You have never talked to a mere mortal.

"Nations, cultures, arts, civilization - these are mortal, and their life is to ours as the life of a gnat," he continued. "But it is immortals whom we joke with, work with, marry, snub and exploit - immortal horrors or everlasting splendors."

That idea was in George W. Bush's farewell to his father. An immortal soul ascended to join "43's" mother and sister - a start perhaps, but probably, sadly, just an interruption. Who knows? Everyone from all parts of the political spectrum should cheer it, though, as a beginning - and could emulate it to the great good fortune of us all.