Tucker Carlson is in BIG trouble, right? Not quite 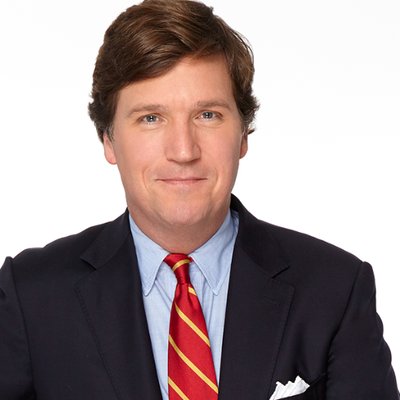 Fox News host Tucker Carlson appears to be in deep trouble, with advertisers fleeing his nightly program over remarks he made last week.

On the other hand, if history is any guide, Carlson doesn't have much to worry about. Likely as not, this will all blow over soon.

Advertiser boycotts such as the one this week against Carlson tend to be like snowstorms: Initially disruptive and attention-getting but usually ephemeral. In time, as the ardor on social media cools, they pass.

Carlson - who brought on the wrath of groups such as Media Matters for America after saying that immigrants make America "poorer and dirtier and more divided" - is the latest conservative media figure to come under sponsor pressure, with liberal interest groups leading the way. Amid sustained criticism of his remarks on social media, at least 18 advertisers have asked Fox News to remove their ads from his program.

While the boycott may well end up being a check on Carlson's future pronouncements, few such boycotts have had a lasting effect.

Carlson's prime-time colleague Laura Ingraham, faced a similar advertiser response in March when she mocked David Hogg, one of the teenage survivors of the Parkland, Florida, mass shooting. Ingraham lost advertisers for her remark, for which she later apologized. But she plunged right back into hot water in June after comparing the facilities holding immigrant children to "summer camps" and "boarding schools."

Sean Hannity, the pillar of Fox News's evening lineup, faced three such boycotts last year, including one over his defense of Republican Senate candidate Roy Moore of Alabama. Result: Like Ingraham, Hannity rolls on.

So, too, does conservative radio titan Rush Limbaugh, who faced a sustained backlash for calling birth-control advocate Sandra Fluke "a slut" in 2012. Dozens of advertisers dropped Limbaugh at the time. Many quietly returned.

A nearly two-year protest against Fox News host Glenn Beck, led by the advocacy group Color of Change, eventually wore down his sponsors and led to the demise of Beck at Fox News in 2011. And it was a factor in Bill O'Reilly's firing last year, though O'Reilly's multiple sexual-harassment settlements were the principal cause. Before his ouster, O'Reilly had survived multiple ad boycotts over two decades at the network.

But so far, Fox News shows little sign of bending to Carlson's critics or much distress over his lost advertisers.

Nor is Fox News likely to suffer financially from the fallout over Carlson. The network has moved advertisers that have objected to Carlson's rhetoric to other programs throughout the day. This entails no loss of revenue for Fox because of the way commercials are purchased on cable news networks. Most cable-news advertisers buy ads in bulk, in a package that ensures their commercials will reach an agreed-upon number of viewers. This arrangement enables Fox News to fulfill its commitments whether an ad airs during Carlson's program or at some other time.

Even so, Media Matters President Angelo Carusone says that a number advertisers have stayed away from Fox News' more controversial hosts on a sustained basis. Ingraham had about 30 sponsors per night before the Parkland flap; she now has about half that per night, he says.

Carusone argues that repeated controversies have had a cumulative financial effect on Fox News over time.

"There has been a steady stream of flare-ups" that affects advertisers' perception of the network, he says. "Ad buyers know the programming is volatile and risky." As a result, "Fox's next upfronts [advance ad sales] are going to be a disaster. I feel good about the fact they're losing money and not maximizing their profits."

But that doesn't seem to be the case. Fox News has been one of the most profitable cable networks for years, generating billions of dollars from advertising and licensing fees from cable-system operators. This year, it will generate a record $1.02 billion in ad revenue and $1.6 billion in gross profits, also a record, according to SNL Kagan, a financial-research firm. The firm estimates Fox's ad revenue has grown 32 percent and its profits are up 47 percent over the past five years.

However, a boycott - even a temporary one - has other rationales, says Andrew Tyndall, the publisher of the Tyndall Report, a newsletter that tracks network news.

"The point of the boycott may be ideological, not economic," he says. "Instead of being a mechanism to harm Carlson or to have him removed or to persuade him to change his tone, the boycott's aim may be to publicize the charge that his views are out of the mainstream, not even shared in the corporate suites."