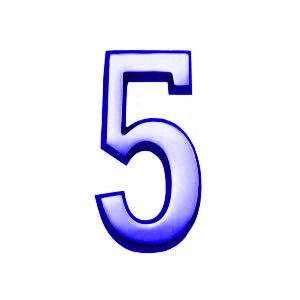 Michael Cohen isn't getting as much of a break from prosecutors as he would have liked when he started dishing about President Donald Trump, but that dishing does seem to have potentially drawn Trump closer to legal trouble.

Those are the big takeaways from the Cohen sentencing recommendations filed Friday afternoon by the Southern District of New York and special counsel Robert S. Mueller III's Russia investigation, but there are plenty of other things worth noting. Below, we break out a few of them.

1. SDNY: Cohen has overstated his cooperation with Mueller

This might be the biggest takeaway when it comes to the SDNY document - and its relevance to Trump. We knew Cohen never technically had a cooperation agreement with SDNY or Mueller, but he made a big public show of looking like he was atoning for his wrongs by telling prosecutors whatever they asked.

It turns out to have been too much of a show for the SDNY team.

"Cohen's description of those efforts is overstated in some respects and incomplete in others," prosecutors say. "To be clear: Cohen does not have a cooperation agreement and is not receiving a Section 5K1.1 letter either from this Office or the [special counsel, or SCO], and therefore is not properly described as a 'cooperating witness,' as that term is commonly used in this District."

They add later: "While Cohen's provision of information to the SCO merits credit, his description of his actions as arising solely from some 'personal resolve' - as opposed to arising from the pendency of criminal charges and the desire for leniency - ignores that Cohen first reached out to meet with the SCO at a time when he knew he was under imminent threat of indictment in this District. As such, any suggestion by Cohen that his meetings with law enforcement reflect a selfless and unprompted about-face are overstated."

The prosecutors wound up requesting only a "modest" reduction in Cohen's sentence, for which the guidelines recommend 51 to 63 months. (This is separate from the plea deal Cohen struck with Mueller last week - for lying - for which Mueller recommended his sentence runs concurrent with his SDNY sentence.)

As in last week's documents, Trump is clearly listed as "Individual-1" and he's "Individual 1" in these too.

"In January 2017, Cohen formally left the Company and began holding himself out as the 'personal attorney' to Individual-1, who at that point had become the President of the United States," the SDNY prosecutors say.

3. It directly implicates Trump in crimes

We knew from his plea deal, in which he admitted to eight crimes, that Cohen had implicated Trump in campaign finance violations involving the payment to Stormy Daniels. But here the SDNY prosecutors also state Trump's role in directing the payment as plain fact.

"In particular, and as Cohen himself has now admitted, with respect to both payments, he acted in coordination with and at the direction of Individual-1," they say.

That's significant, because it's now on-record that they - not just Cohen - regard Trump as having directed Cohen in the commission of what has been found to be a felony. Legal experts say it means prosecutors have corroborating evidence to back up Cohen's claims.

It suggests this may not be the last we've heard about this for Trump.

One potential clue for the collusion investigation has to do with a contact Cohen received in 2015 from a "Russian national."

The defendant also provided information about attempts by other Russian nationals to reach the campaign. For example, in or around November 2015, Cohen received the contact information for, and spoke with, a Russian national who claimed to be a "trusted person" in the Russian Federation who could offer the campaign "political synergy" and "synergy on a government level." The defendant recalled that this person repeatedly proposed a meeting between Individual 1 and the President of Russia. The person told Cohen that such a meeting could have a "phenomenal" impact "not only in political but in a business dimension as well," referring to the Moscow Project, because there is "no bigger warranty in any project than consent of [the President of Russia]." Cohen, however, did not follow up on this invitation.

5. Mueller appears to be looking at Russia ties in Trump's business

The writing was on the wall for this when Mueller reached that plea deal with Cohen for lying about such matters last week; it was the best explanation for Cohen's continued pursuit of Trump Tower Moscow being entered into the public record.

But the Mueller document makes clear Cohen has given it information about these matters, information it is interested in and called "useful."

"Second, Cohen provided the SCO with useful information concerning certain discrete Russia-related matters core to its investigation that he obtained by virtue of his regular contact with [The Trump Organization] executives during the campaign," Mueller's team says.