Congratulations, Steve Bannon, you just elected a Democrat in Alabama 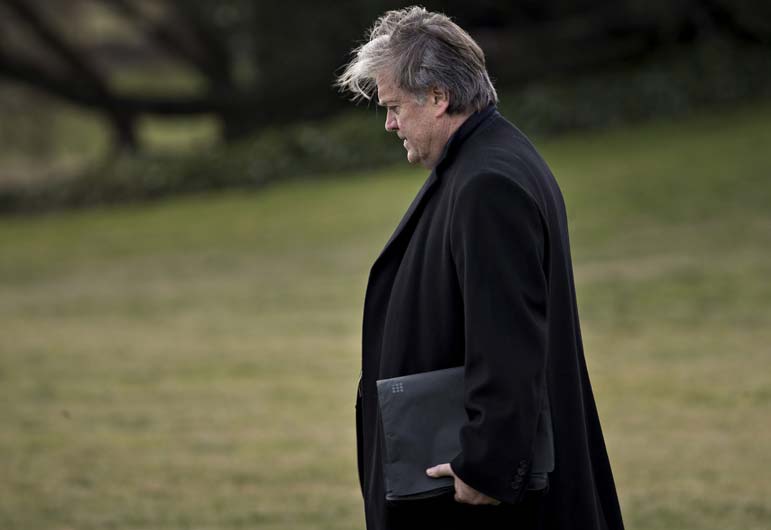 Steve Bannon and his alt-right movement have helped accomplish something no one in a quarter-century has been able to do: get a Democrat elected in the state of Alabama.

Alabama is one of the most reliably Republican states in the country. The last time a Democrat was elected was in 1992, and no Democrat has won more than 40 percent of the vote in a Senate race there since 1996. The closest election in recent memory was in 2002, when Jeff Sessions won reelection by a razor-thin margin of 19 points. Sen. Richard Shelby has won his last three elections by 35 points, 30 points and 28 points, respectively. So it takes a special kind of stupid to pick a candidate who can lose to a Democrat in Alabama.

Not just any Democrat, but an uncompromising pro-abortion Democrat. Alabama is one of the most pro-life state in the union. According to the Pew Research Center, 58 percent of Alabama voters believe that abortion should be illegal in all or most cases, while only 37 percent disagree. And yet the Democrats won with a pro-abortion extremist on the ballot. How extreme? In September, "Meet the Press" host Chuck Todd asked Jones what limitations he would support on abortion. He could not name one. "I am a firm believer that a woman should have the freedom to choose what happens to her own body," he said, "and I'm going to stand up for that and I'm going to make sure that that continues to happen."

When pressed if he would support a ban on late-term abortions after 20 weeks, Jones said, "I'm not in favor of anything that is going to infringe on a woman's right and her freedom to choose," adding that he supports the right to life "once a baby is born. . . . That's where I become a right-to-lifer."

Yet despite these radical views, Jones won in pro-life Alabama. Why? Because Bannon and his allies forced Alabamians to choose between a pro-abortion Democrat and an alleged sex predator. Bannon helped nominate a man who was credibly accused of pursuing and sexually molesting teenage girls - and then stood by him when his loathsome alleged conduct was exposed. Bannon counted on distrust of the mainstream media and conservative voters' repulsion at the Democrats' pro-abortion views to put his man over the top.

Because while the state's evangelical Christian majority is appalled by abortion, they are also appalled by grown men who prey on high-school girls. Now Bannon wants to replicate his disastrous Alabama strategy in Republican primaries across the country. He has announced that he is seeking Moore-like challengers to take on every GOP incumbent except Sen. Ted Cruz, Texas. Bannon is busy taking the GOP back to the glory days of 2010, when Republicans nominated such terrible Senate candidates that they lost very winnable senate races in places such as Delaware and Nevada - losing the chance to retake control of the Senate.

The difference is, back then, the stakes were not so high. Barack Obama was president, and unless Republicans could win 60 votes, a few more GOP Senate seats would have made little difference.

But today, a few GOP Senate seats can make all the difference, because Republicans control the House, the Senate and the White House. President Donald Trump was already struggling to get his agenda passed with a narrow 52-seat GOP Senate majority.

Thanks to Bannon, that majority has been whittled down to 51. That makes it harder for Trump to advance any of his remaining agenda next year and complicates his ability to confirm judges and get other nominees through the Senate.


Jones's victory also put the Democrats within striking distance of taking back control of the Senate in 2018. If that happens, the Trump presidency is over.

The "resistance" will control Congress, and Trump's ability to pass conservative legislation and continue appointing conservative judges - especially another Supreme Court justice - will be gone. Moreover, Democrats will run the Russia investigation and Charles E. Schumer, D-N.Y., as majority leader, will have unbridled subpoena power. Trump could face impeachment proceedings.

That is the future if Trump does not learn the lesson of Alabama and tell Bannon to back off.

Trump may want to suggest he stop.