A gift to the Democratic congresswoman who stood above partisanship 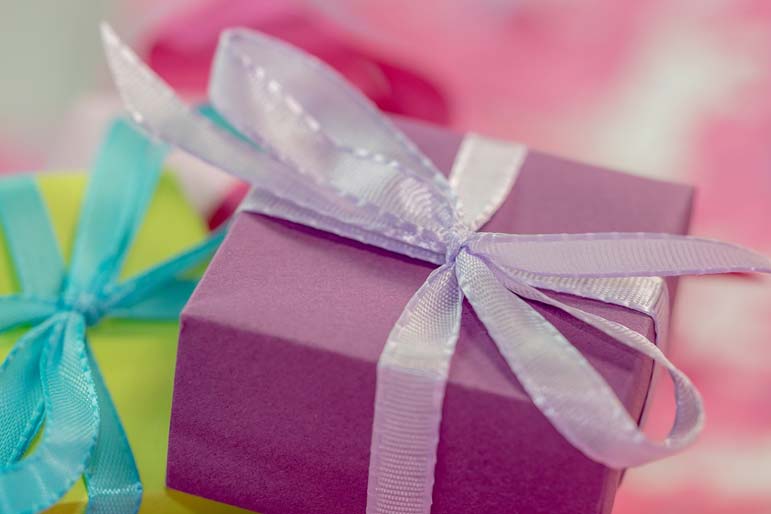 I don't know Rep. , a former prosecutor and Democrat of .

But I would like to give her a gift. Why?

Because she's been extremely impressive, taking a stand on Democratic sexual predators in , having the guts to call out members of her own Democratic Party.

Rice has even defied the boss Democrat, House Minority Leader . And any time a member of takes such a stand, we should all take notice.

loves to talk and talk about how we should all be treated equally. But has a multimillion-dollar secret slush fund to pay settlements in workplace disputes that include sexual harassment. The victims have to sign nondisclosure agreements to protect the identities of those accused of assault.

Rice and a few others, on both sides of the aisle, find this abhorrent and are offering legislation to change it.

Franken won't quit. Conyers won't quit, and the that he helped found is defending him.

Republican candidate , who allegedly trolled shopping malls for high school girls when he was in his 30s, is still viable in his campaign.

And talks and talks.

All the talking brings to mind someone dear to me, my late grandfather, Papou Pete. He left me something when he died. It wasn't money. So it's probably all right if I offer it to .

He had a favorite bipartisan saying about politicians that applies especially today: "When they speak, the donkeys break wind."

I don't have the time to engrave it on anything, so if you see , please give her this column as a token for standing up for Americans who are sick of all the talking.

Rice gives me some small hope that on issues that matter, tribalism isn't everything. And sexual harassment in the workplace matters to Democratic women and Republican women and men who love them.

She has publicly demanded the resignations of Franken and Conyers. And she's part of a bipartisan effort pushing a bill to release the names of the sexual predators who use the slush fund.

The other day, Rice had been in a Democratic caucus meeting chaired by Pelosi -- who stupidly defended Conyers and called him an "icon" -- and finally Rice had enough.

She walked out. All they were doing in there was talking.

"Let's talk about the big elephant in the room," Rice told reporters. "And that's why I was done with the meeting. I don't have time for conversations that are not real."

I wonder if her Irish grandfather had a similar saying.

Rice pointed out that in the real world -- not -- sexual predators are dealt with differently. In the show-biz-heavy environment of celebrity broadcast journalism, people get fired.

, for example, fired "Today Show" anchor for a history of sexually preying on female subordinates. and fired the old liberal open bathrobe himself, . fired boss and family values anchor .

And fired its own "icon" -- and I use the word advisedly -- , for inappropriate touching.

Holy liberal , is nothing sacred? It almost makes you long for the days when was exiled for making up stories about his heroic exploits.

As she left the Pelosi meeting, Rice talked about how news anchors were punished and that members of were treated with deference.

That discrepancy, she said, breeds cynicism and hurts the nation. Of course she's right.

makes the laws. There shouldn't be two sets of standards, one for congressmen with a tax-subsidized sexual harassment slush fund, and another for the rest of us.

"We show no moral authority whatsoever as a body," Rice said. "This is why only 6 percent of Americans think that is doing a good job.

"You see the actions that and take when there are allegations of very well-known men in positions of power. And we don't do the same. And I think it's a disgrace."

Of course it is a disgrace. All of it is disgraceful.

Many want Conyers and Franken to stay right where they are to keep supporting liberal policies.

And many -- including President -- would rather have teen-trolling Republican Moore in the than seat a liberal Democrat who'd vote in support of abortions and against a tax cut.

So how did we get to this disgraceful place where character doesn't count?

It goes back to President , a Democrat who lied under oath in a sexual harassment case.

By today's Democratic political standards, Clinton was a sexual predator. But he was supported, vigorously, with much Democratic tribal outrage, and his female accusers were defamed and trashed by the cultural elites.

On , the day Clinton was impeached, congressional went in droves to the . They stood in a large group in a great show of partisan support.

And the donkeys? They weren't in the news photos. But America knew they were there.