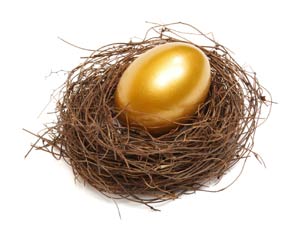 House and Senate Republicans have begun to hammer out a merger of the two bodies' tax bills, and President Donald Trump stands ready to sign whatever can pass both chambers.

There are a few great opponents and one enormous obstacle between them and the sort of success that defines a presidency and a congressional career. But there is also a solution that turns opponents into allies and red ink into black.

Opposed to the bill are residents of high-tax states (and members of those states' governments), real estate agents, home builders, mortgage holders, businesses that have borrowed in the past and see all or part of their interest deduction vanish (and with it, for some, their very viability as a business), and students, especially those who chose a college based on a tuition benefit derived from the school's employment of a parent.

This last group will almost certainly get relief. No congressman or senator I have spoken with fails to see how unjust it is to penalize students who did not search for a scholarship or financial aid elsewhere because they took the tuition benefit that came with their status as children of staff or faculty. (I had one email this week from a low-wage worker at a "Little Ivy" whose son passed up an ROTC scholarship to go to the college that employs her. Their family will be crushed if his and his siblings' tuition benefits are suddenly taxed after they forwent scholarship trains that left years ago.)

Far more numerous, though, are all the other aggrieved groups. There are fixes for each, but revenue must be found.

Sen. James Inhofe, R-Okla., offered a solution he credited to my radio show but that actually originated from years of lawyering for home builders: allow every individual with retirement assets to withdraw up to 25 percent of the assets at a one-time federal tax rate of 10 percent (plus applicable state income taxes) provided that the proceeds are used to pay off existing mortgage debt or purchase a principal residence for the withdrawing taxpayer or a child.

Americans hold more than $26 trillion in retirement assets, and $6 trillion to $7 trillion of those assets would thus be made available for withdrawal. Billions of dollars would be paid in the one-time taxes (the revenue!), with mortgages paid off and new homes purchased. Those newly free of mortgages would have more cash on hand, and many renters and children of homeowners would buy a first home. Realtors, the National Association of Home Builders, and high-tax states looking at a revenue rush to help ease the transition to the new tax world would shift from opponents to friends of the bill. Crucially, far more Americans would be better off under such a tax bill than under either the House or Senate version.

The objection is that we can't allow Americans to drain their retirement assets, as they already save too little. Setting aside for the moment that conservative legislators should favor giving Americans more freedom to use their own assets, the reality is that principal residences are the key retirement asset for most Americans. Huge majorities want to live their retirements out in their own homes.

Getting rid of the mortgage on the biggest retirement asset via the use of other retirement assets has long been the big gap in our retirement laws, but Congress can remedy that. And in so doing, legislators can make millions of Americans' retirements more secure, provide a huge stimulus to the housing sector and reduce the debt that most Americans labor under.

It may be difficult to score the Inhofe amendment, given the vast combinations of Americans' retirement assets and mortgage debt. But I haven't found any mortgage holder who wouldn't leap at this opportunity because of the benefits it would bring to retirement security and long-term cash flow. If only half the assets that qualify were brought out from their tax-protected status, more than $300 billion would be added to the revenue side of the ledger - revenue that could be used for other fixes in the bill.

So GOP conferees: Please put aside the Beltway vanity that tax proposals must originate from staff or be contaminated by K Street. Sometimes common sense should be allowed into the sausage factory. This is one of those times. Let retirement assets work for the people who earned them- and ease the passage of this enormous legislative victory as they are set free.