A special counsel needs to investigate the FBI and Justice Department. Now 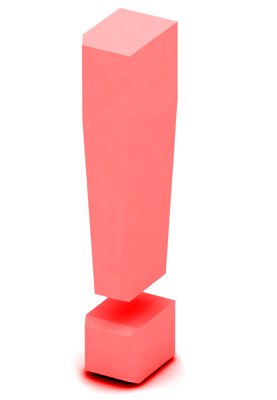 The Washington Post reported that a former top FBI official, Peter Strzok, who had been assigned to and then removed from special counsel Robert Mueller's investigation, had "exchanged politically charged texts disparaging [President Donald Trump and supporting Democrat Hillary Clinton" and that Strzok was "also a key player in the investigation into Clinton's use of a private email server."

This is a blockbuster revelation, carrying the possibility of shattering public confidence in a number of long-held assumptions about the criminal-justice system generally and the FBI and the Justice Department specifically.

The Justice Department should appoint a special counsel to investigate Strzok's actions as soon as possible.

The Strzok report comes on heels of the widely derided Justice Department investigation into IRS discrimination against conservative groups, including the disposition of allegations against IRS senior official Lois Lerner, and after the wildly erratic behavior of then-FBI Director James Comey during 2016.

It also follows the vote to hold then-Attorney General Eric Holder in contempt of Congress - the first ever against a sitting member of the Cabinet - with 17 Democrats voting in support. Mix into this battering of the Justice Department's and FBI's reputations the still-murky charges and counter-charges of abuse of "unmasking" powers during the waning days of the Obama era.

As a result, a large swath of responsible center-right observers are now demanding a full review of the investigation and prosecution powers wielded by the Obama-era Justice Department and FBI.

Former federal prosecutor Andrew McCarthy wrote in the National Review on Saturday that President Trump should call for a second independent counsel to investigate abuse of the counterintelligence authorities under President Barack Obama, abuses he suggests were undertaken to protect the controversial Iran deal on nuclear weapons.

This is an excellent idea. The new special counsel could also review Strzok's texts and, more crucially, his conduct throughout 2015 and 2016.

Strzok may be completely innocent of anything except an off-handed joke that the straight-laced Mueller deemed necessary to punish in a display of a "Caesar's wife" sort of purity of purpose.

But if his texts to FBI lawyer Lisa Page reveal a partisan animus towards Trump or admiration for Clinton, then the bureau and the department have a huge problem on their hands and not just with Strzok and Page.

When FBI Special Agent Robert Hanssen was revealed to have committed espionage against the United States, it didn't mean that even one other member of the bureau was guilty of Hanssen's sins, but it did require a painstaking review of all of Hanssen's activities and inputs, as all of them had to be reconsidered in light of his treasonous behavior.

If Strzok's texts reveal deep animus towards Trump or an operational effort to tilt one or more investigations, then all of his actions have to be reviewed to assure the public's confidence in the bureau. That one or two agents or officials of the bureau are discovered to have been acting from improper motives would be bad enough. To try and sweep those activities under the rug would be worse. Against the backdrop of other recent controversies, it would be disastrous.

Step one is a quick publication of the questionable texts. All of them. The public has a right to know what the predicate for Mueller's extraordinary action was. The public also deserves a detailed account of Strzok's (and Page's) duties and authorities during the years in question. If an NBA official was discovered to have purposefully thrown even one game, every game in which he had carried a whistle would be under the microscope. That's how it works.

Unless there's a cover-up.

Nevertheless, just as Hanssen was "one bad apple" who didn't spoil the bunch, so even an out-of-bounds Strzok doesn't necessarily mean anything about the FBI beyond him. To get to the truth, and restore confidence in federal law enforcement, better a special counsel to conduct the inquiry, bring any necessary charges and make a report - someone without ties to the president or his opponents.

They do exist, such men and women. Former federal judges make excellent candidates. But we need one appointed right now.