As physical jobs decline, something is lost 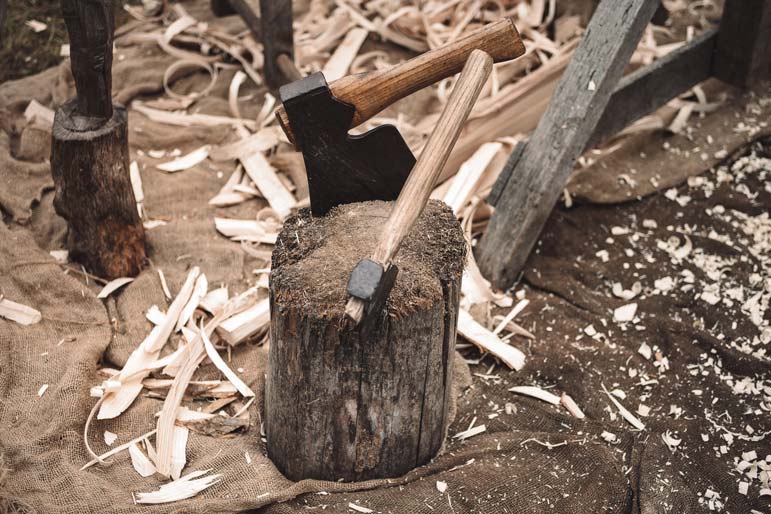 As jobs that require physical work decline thanks to technological advances, life superficially appears to get better. Cheap cellphones, video games, the Internet, social media and labor-saving appliances all make things easier and suggest that even more and better benefits are on the horizon. Formerly backbreaking industries, from the growing of almonds to the building of cars, are increasingly mechanized, using fewer but more skilled operators.

Anyone who has spot-welded or harvested almonds with a mallet and canvas has no regrets in seeing the disappearance of such rote drudgery. Consumers benefit in the from of cheaper prices. But as we continue on this trajectory, initiated in the Industrial Revolution, is something lost? Something only poorly approximated by greater leisure time, non-muscular jobs and contrived physical exercise in air-conditioned gyms?

Talk long enough to the most accomplished academics, lawyers and CEOs -- who also tend to be the most conscientious about biking, jogging and weightlifting (obesity being an epidemic of the poor and lower middle classes) -- and more often than not, they will brag about a long-ago college summer job waiting tables or repairing hiking trails. They might praise the granite-counter installer who redid their kitchen, or offer an anecdote about the time they helped the tree-trimmer haul limbs from the backyard out to the trailer at the curb. There seems a human instinct to want to do physical work.

The proliferation of hard-work reality-television programming reflects this apparent need, if only vicariously. Indeed, the more we have become immobile and urbanized, the more we tune in to watch reality television's assorted truckers, loggers, farmers, fishermen, drillers and rail engineers. In a society that supposedly despises menial jobs, the television ratings for such programs suggest that lots of Americans enjoy watching people of action who work with their hands.

Physical work, in its eleventh hour within a rapidly changing Western culture, still intrigues us in part because it remains the foundation for 21st century complexity. Investors may know the oil trade better than oil drillers, but buying and selling based on intimate knowledge of Indonesian politics or the nature of the American automobile market are still predicated on someone's knowing how to feed down steel casing to follow the drill bit. If there is no one to pump oil, there is nothing to sell. Selling plums to Japan is not the same as pruning a plum tree. Both aspects of the oil and plum industries are critical to their success, but the commercial tasks are cerebral and secondary, the physical ones elemental and primary.

Before any of us can teach, write or speculate, we must first have food, shelter and safety. And for a bit longer, at least, that will require some people to cut grapes and nail two-by-sixes. No apps or 3-D printers exist to produce brown rice for the tables of Silver Lake and the Upper West Side.

The almond farmer outside my window uses a computerized machine for seemingly every task -- irrigating, cultivating and harvesting. But this morning, two men are cutting out diseased limbs in the orchard, selecting their cuts with the help of an Echo chainsaw, whose basic tenets of portability, gasoline power source, and chain running on a guided frame have a 100-year pedigree.

It is astonishing, the degree to which a high-tech, post-modern society still depends on low-tech, pre-modern labor, whether that is a teen in constant motion for eight hours as a barista at Starbucks or a mechanic on his back underneath a Lexus, searching to find a short that popped up in a computerized code on his tablet.

Physical work, moreover, has an intrinsic satisfaction in that it is real, in the primordial sense that nonphysical work is not. The head of the Federal Reserve may be more important to our general welfare than the city road crew patching asphalt roads, but there remains something wondrous in transforming material conditions through the hands, an act that can be seen and felt rather than just spoken or written about.

Changing the physical landscape, either by building or destroying something previously constructed or altering it, lends a sense of confidence that the human body can still manifest one's ideas by concrete action.

Physical labor also promotes human versatility: Those who do not do it, or who do not know how to do it, become divorced from -- and, at the same time, dependent on -- laborers, in psychological as well as concrete ways. Lawyers, accountants and journalists living in houses with yards and driving cars to work thus count on a supporting infrastructure of electricians, landscapers and mechanics.

Without them, life grinds to a halt, unless one has rudimentary knowledge of such tasks -- or the time and willingness to learn them.

In that context, physical labor can provide independence, at least in a limited sense of not being entirely reliant on a host of hired workers. By the same token, working with one's hands, however temporarily, gives some approximation of what physical labor is and what those who do it might be like. Especially valuable in muscular work is some appreciation of the tragic view of the world. For the last four decades, I have split my time between teaching classics and writing, and working on a farm. I cannot say that either world is nobler than the other.

But I did learn that farm laborers complained much less about their own often-unenviable lots than did academics about their comparatively enviable compensation and generous time off. Working outdoors, often alone, with one's hands encourages a tragic acceptance of nature and its limitations. Talking and writing indoors with like kind promote a more therapeutic sense that life can be changed through discourse and argument.

It follows logically that I learned more from teaching undergraduates at Cal State Fresno than from students at Stanford -- not because they knew Greek and Latin better (most did not) but because they often worked 20 hours or more per week at minimum-wage jobs and thus had a far wider range of experience with (and empathy for) characters and events found in Aristophanes, Euripides and Hesiod in the pre-modern world of the Greeks.

In his final play, "Bacchae," the Athenian playwright Euripides explored the nature of wisdom and who possesses it. After a frenzy of killing and destruction, he seems to conclude that neither the rational and conventional King Pentheus ("You've got a quick tongue and seem intelligent, but your words don't make any sense at all") nor the ecstatic emotion of the divine Dionysus and his bacchants ("Angry gods should not act just like humans") were models for emulation.

Best, instead, is the day-by-day life without pretense: "The hopes of countless men are infinite in number. Some make men rich; some come to nothing. So I consider that man blessed who lives a happy existence day by day."