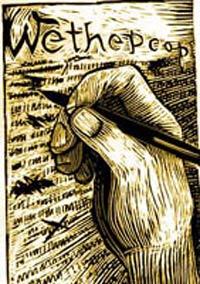 The House passed the National Rifle Association's favorite gun-rights expansion bill earlier this month, and gun-control advocates locked and loaded their favorite legal arguments against it.

It's a terrible measure, to be sure, forcing states to allow people licensed to carry concealed weapons in one state to carry them anywhere else. But that doesn't mean it's unconstitutional, and liberals should be careful what they wish for.

To insist that the law is unconstitutional requires arguing that states have the ultimate right to legislate on guns. Yet if Congress were some day to prohibit concealed-carry everywhere, or to impose gun-control measures with teeth across the country, the same argument could be used to say that Congress lacks the authority to do so.

So liberals should be careful about borrowing the tools of constitutional conservatism to oppose the bill on states-rights grounds. Better to leave it to principled conservatives to challenge the bill as overstepping Congress's power to regulate interstate commerce.

The bill, the Concealed Carry Reciprocity Act, is cleverly drafted. It says, essentially, that anyone who has a valid permit to carry a concealed handgun in one state may carry it in any state, notwithstanding state laws against carrying hidden weapons. The intended effect is to let almost anyone carry a concealed gun anywhere.

In order to bring the law within the purview of Congress's power, the bill says that it applies to "a concealed handgun" that has "been shipped or transported in interstate or foreign commerce." That's every gun, pretty much. This formulation is intended to satisfy the Supreme Court's interpretation of the Commerce Clause of the Constitution.

By ordinary standards, it does. In 1995, the Court struck down the Gun-Free School Zones Act in the case of Lopez v. U.S. on the ground that the law didn't sufficiently connect the guns to interstate commerce. Congress responded by amending the law to apply to a gun that that has "moved in or that otherwise affects interstate or foreign commerce." That's widely considered to have been a sufficient constitutional fix. Constitutional lawyers call it the "jurisdictional hook" on which congressional authority can be hung.

The standard liberal view of congressional power would hold that the same hook that works for banning guns in schools should work to allow Congress to regulate the movement of concealed guns from state to state.

Some conservatives don't see it that way, and three prominent conservative law professors - Stephen Sachs of Duke University, Randy Barnett of Georgetown and William Baude of the University of Chicago - wrote in a letter to Congress that the jurisdictional hook wasn't good enough to give Congress power over concealed guns. That's admirably consistent of them, since all espouse narrow views of congressional power. (Barnett was the professor who dreamed up the argument, adopted by the Supreme Court when it ruled on Obamacare, that the individual mandate of the Affordable Care Act violated the Commerce Clause because it required people to do something, rather than prohibiting conduct.)

Yet the conservatives' view is an outlier, not the law as it currently stands. For liberals to adopt it would mean giving up the standard theory of congressional power over articles that move in interstate commerce, as guns do.

In another letter, 17 attorneys general, including those from liberal states like California, Massachusetts and New York, attacked the law on slightly different constitutional grounds. Their letter claims that the law is "at odds with constitutional principles of federalism" because "policing and public safety" are mostly reserved to the states under the Constitution.

But of course the federal government regulates guns all the time, as in the Gun-Free School Zones Act, without violating federalism. If (in some alternative universe) Congress were actually to adopt comprehensive national gun control, that wouldn't violate federalism - or at least the liberal attorneys general wouldn't be saying so. And it would be bad constitutional planning, and maybe bad faith, for them to press the view that Congress may not regulate guns that travel among states.

There is a more plausible constitutional argument against the law, namely that Congress may not ordinarily force states to recognize laws adopted by other states. Drivers' licenses, for example, are recognized across states by an interstate agreement, not by congressional fiat.

Congress can, however, occupy a field of law and preempt state laws that contradict federal law. It could be argued that the Concealed Carry Reciprocity Act amounts to a form of preemption. On this theory, the federal government is telling states they must follow a new federal rule that requires them to respect each other's concealed-carry laws. The stated purpose of the law, after all, is to allow people to travel between states without worrying about whether they are violating local gun laws.

In short, liberals wouldn't be objecting to this law's constitutionality if they liked its content. Conservatives would hate it except for its content.

The best solution is to oppose the law on the policy merits. There are plenty of good reasons not to force New York and California to have the same gun laws as Montana. Liberals shouldn't be seduced into making federalism arguments that they don't believe, or that might come back to bite them in the future.