If I forget thee 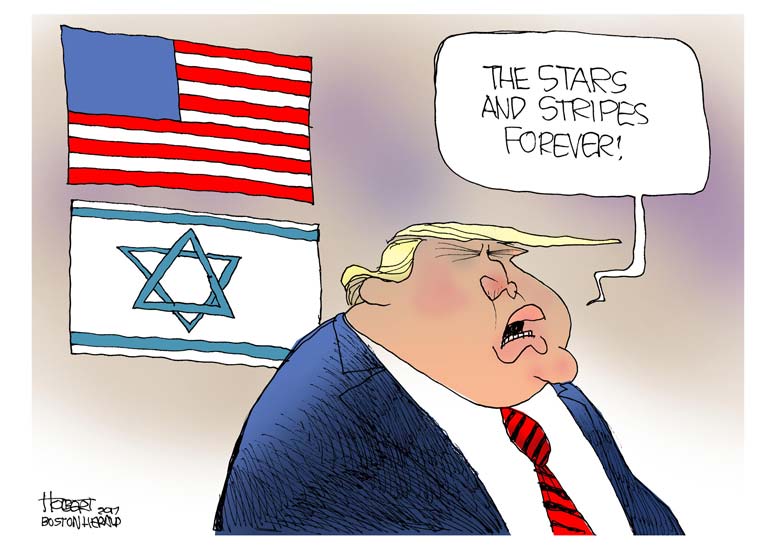 Don't under-estimate the importance of the recent UN vote. It's about a lot more than merely Jerusalem and an embassy

It's depressing to have to state the obvious. But it's too maddening to remain silent. So please forgive me if I revisit what many have said but few have heard.

Last week's United Nations vote — which censured the United States for planning to relocate its embassy to Jerusalem — is a pitch-perfect example of human society's collective descent into tribalism. And the heart of the matter has nothing to do with Jerusalem, the Mideast, or American foreign policy.

One could reasonably make the case that moving the embassy is ill-advised. I have had my own doubts whether or not the benefits of the largely symbolic gesture outweigh the potential for violent Palestinian reaction.

But that was not the stated reason behind the U.N. resolution.

Instead, leaders and pundits the world around claimed that the move will derail the peace process. And to that, the logical retort is: what peace process?

In the 53 years since the establishment of the Palestinian Liberation Organization (which preceded the Six Day War and Israel's so-called "occupation" of the West Bank), the only concession offered up by the Palestinian Authority has been to remove from its charter the call for Israel's destruction.

The concession to stop publicly advocating the extermination of 6 million Israeli Jews was a good first step, not a final offer. Negotiation requires compromise, as Israeli Prime Minister Ehud Barak demonstrated back in 2000 when he offered to return 94% of the West Bank — an offer the P.A. refused. Since then, the only progress has been Israel's withdrawal from Gaza, to which the P.A. responded by launching missiles against Israeli civilians.

So exactly what "process" does the international community think has been derailed?

Even more absurd is denouncing the U.S. embassy move as "illegal." The whole world has recognized Israel's ownership of West Jerusalem since 1947. So why should any country not be allowed to name its own capital in its own land? And why should any other country be censured for establishing its embassy in a legal foreign capital? Finally, why should longtime allies join the chorus of condemnation with absolutely no legal or moral justification?

The first two questions are merely rhetorical. It is the third question that really needs answering. Are you listening, Europe and Canada?

There are two explanations. First is the irrational Utopianism that characterizes much of the political left. Like the delusional naturalists who believe that grizzly bears and mountain lions are really peaceful creatures who will respond to human gestures of affection in kind, radical progressives fantasize that terrorists and the sponsors of terror will eagerly embrace peace once the rest of us confess our sins and beg for absolution.

It hasn't worked yet.

But the Utopians have faith, even as they remain blind and deaf to the irrefutable evidence that they themselves have become the enablers of terrorism. For all their good intentions, they have prolonged suffering on all sides by allowing corrupt Palestinian leaders to squander hundreds of millions in international aid on terror tunnels rather than easing the plight of their own people.

The second reason is that western governments are terrified that any sign of support for Israel will spark violent uprisings among their restless Arab minorities. It's a disappointing fact of life that the politics of cowardice almost always trump commitment to justice.

THE HEART OF THE MATTER

The more fundamental problem, however, is the unapologetic disregard for truth.

Think whatever you want and believe whatever you want — but defend your positions with facts and logic, not disinformation and distortion. Once reasoned debate and civil discourse become impossible — whether because of ideology or fear — civilization is sure to crumble beneath our feet.

Truth be told, it's possible that by showing the Palestinian Authority that intransigence will no longer serve their interests, the U.S. has actually moved the peace process a step forward. If other countries begin to follow America's example, the PA will be left scrambling to make a deal before they have no more chips left to bargain.

King Solomon says, One who trusts his own heart is a fool, but one who walks in wisdom shall be kept safe.

If we truly hope to bring about peace, we have cast off our rose-colored glasses and confront our fear. Only then might we achieve the intellectual and moral integrity that will allow us to follow in the ways of wise counsel.