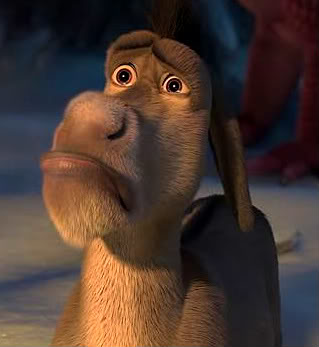 Friday morning's guilty plea from former Trump national security adviser Michael Flynn is a major disappointment for Democrats. Flynn admitting to having made false statements is nowhere near where the Democrats want this to go. Of course, the story is big and the fact that a former White House official has been charged with anything and pleaded guilty is consequential, but it doesn't suggest any collusion occurred and it doesn't even get close to confirming that Donald Trump or his campaign was somehow complicit in a nefarious scheme.

Democrats are already straining themselves trying to suggest that Flynn's plea is just the beginning and that there is more to come. But as far as Flynn is concerned, that is unlikely. It is just wishful thinking on their part. It's not as though he pleaded guilty only to leave unresolved matters for later.

Commentators are saying Flynn's plea couldn't come at a worse time for the president. As Republicans are on the brink of passing this administration's most important legislative initiative with the GOP-led tax reform bill, some in the media have gone so far as to suggest Flynn's admission of guilt may disrupt the tax bill's vote count in Congress. Well, a note to the political geniuses in the liberal mainstream media: There isn't one Republican member of Congress thinking, "Gee, Flynn pleaded guilty to something or another. Maybe I won't vote for a tax cut." It just doesn't work that way.

Once the dust settles, the Democrats and their media allies will realize that there is nothing more to this story than what Flynn has admitted to. Commentators are saying Flynn has agreed to cooperate, as if that is something new. The fact is, there was never a time when Flynn wasn't cooperating. He has been a cooperating witness since special counsel Robert Mueller's investigation began.


The Democrats won't admit it, but they are throwing in the towel on collusion. Their only choice now is to prop up the convoluted claim of obstruction of justice, and that could go on forever. The ordeal may be bothersome for the White House, but it won't be fatal.

Oh and by the way, let's reflect on what has happened in this investigation so far. Paul Manafort and Rick Gates were indicted on matters associated with foreign-agent registration and money laundering that predated any engagement they had with Trump.

Flynn has pleaded guilty to a crime that occurred after the campaign was over. To be precise, none of this involves the president or his campaign. It's all ugly and ragged, but this White House has a lot of ugly and ragged.

Even if Flynn says he was instructed by the president to be in touch with the Russians, so what? All that would mean is the president-elect told his national security adviser to do his job. Don't be fooled by the breathless, desperate reaction from the usual suspects. As far as the White House is concerned, the Flynn guilty plea is a 4 on a scale from 1 to 10.

Sorry, Democrats. The investigations and "collusion" outrage are running out of steam, well short of reaching the president's doorstep.