The right not to design a cake 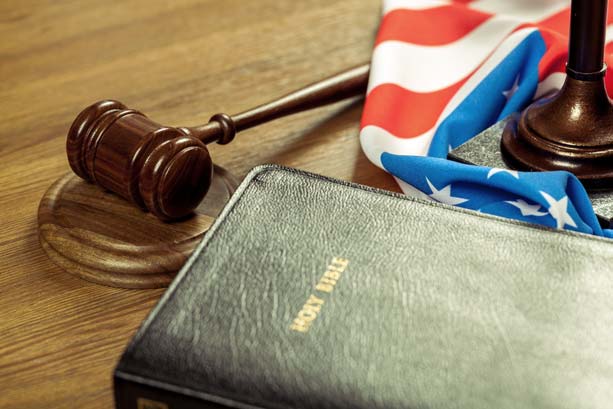 Say you are a gay couple and are wonderfully excited because the two of you bought a bakery and are making good money at something you enjoy. One day, however, this guy comes in and wants a cake for a rally against gay marriages. He asks for a design celebrating this event, and you say no sir, we won't do that, and suddenly you are in legal trouble.

That would be wrong, right?

Yes, because, if you had done that, you would have been party to something that goes deeply against your soul, what you believe, what you have fought for, what you think are your rights. After all, how is it that you can be compelled to fashion a beautiful display for something you consider so ugly?

The guy happened to be a racial minority, but that's not why you refused him. In fact, you would happily have sold him any cake in the shop.

But all of that is everyday common sense in tune with American principles and a Supreme Court decision, and such arguments have so far failed to work for Jack Phillips in a real-life, non-hypothetical situation.

Philips is a Denver baker. A couple came into his shop one day and wanted him to design a special cake for their upcoming gay marriage. Phillips is a devout Christian who believes same-sex marriage contradicts His will. He gently told the couple he would make a cake for them for other purposes but would not devote his own artistic creativity for a purpose alien to his religious conscience.

The couple got their cake elsewhere and then knocked on the door of the Colorado Civil Rights Commission that quickly decided Philips had no rights.

If you are dealing with a gay couple, it said, you've got to perform as demanded, and, if you don't, you are discriminating and will pay.

Lower courts said such actions could hinder gay marriage, and the case is now before the Supreme Court.

We will soon learn whether the promises of the Constitution are still being mowed down as unsightly weeds or if the First Amendment -- the promise of the government not interfering with free speech -- still has a chance.

Whatever ideologically driven legalese says, Philips was discriminating against no one. He was not getting in the way of gay marriage. He was simply saying he would not apply himself personally in expressing sentiments contrary to his idea of what's right.

This seems perfectly in line with the Supreme Court decision favoring gay marriage. In the written opinion, Justice Anthony Kennedy said that this newly adjudicated right would pose no harm to third parties, that religions would not be forced to applaud something they were against, for instance.

The point is not that we should somehow forget all the torment gays have had to endure over time or somehow foster that, and Philips was doing no such thing. My own sense is that what we're seeing here is the leftist doctrine that coercion is the only way to the perfect world they imagine. They might want to note that free speech had an awful lot to do with enabling gays to make the progress they have so notably achieved in a more tolerant America.

Another issue here, of course, is religious freedom. Here is something as vital as vital gets, and no, it doesn't mean that anything goes. What it means is that even adherents of a faith that promotes loving one's neighbor should not be forced to abandon it in their daily lives.