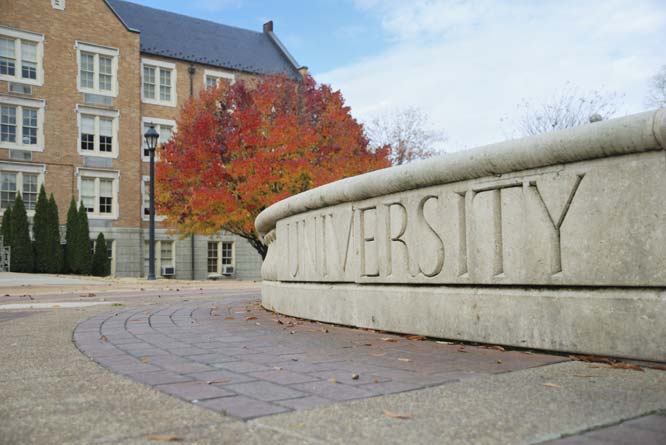 If you want to see how the federal bureaucracy can mess things up, and create huge new areas of overburdening regulation, just look at what it's done with Title IX of the Education Amendments of 1972.

Title IX simply reads: "No person in the United States shall, on the basis of sex, be excluded from participation in, be denied the benefits of, or be subjected to discrimination under any education program or activity receiving Federal financial assistance." That's all.

But from this small, simple statement - there shall be no discrimination on the basis of sex - has been created a regulatory Tower of Babel governing sports teams, student discipline and even, and most dubiously, sexual consent.

One doubts that the members of Congress who drafted Title IX intended to produce what Harvard Law School professors Jacob Gersen and Jeannie Suk have called "bureaucratic sex creep," in which colleges - allegedly to ensure compliance with Title IX's non-discrimination mandate - micromanage the sex lives of students, and subject them to Orwellian levels of surveillance, investigation and supervision. In essence, students now risk being kicked out of school for not getting express consent for every sexual act, all based on a law that was intended, 45 years ago, to end discrimination in college athletics.

This has been done not because Congress ordered it, or even because the Education Department promulgated regulations with notice to the public and an opportunity for comment. Instead, the Education Department's Office for Civil Rights has issued "guidance," in the form of letters to colleges and universities stating its opinion as to what the law required.

And its opinion represents quite a stretch from what Congress intended, and wrote. So far, in fact, that a University of Kentucky professor was punished for "sexual misconduct" for singing the Beach Boys' "California Girls," which the University of Kentucky said contained "content of a sexual nature." (The university's Jay Blanton writes me to say the charges against Professor Buck Ryan were more serious, and provided a link to a summary letter that mentions "inappropriate" behavior and language. it's hard to tell exactly what, though, because the details are redacted.)

Sen. (and former Education Secretary) Lamar Alexander, R-Tenn., grilled Education Department officials about its letters, noting that although the department told the Senate its "guidance" wasn't legally binding, it was simultaneously telling colleges and universities that they faced loss of all federal funding if they didn't comply. But that didn't change anything.

The sad story of how we came to this pass is told in Robert Shibley's Twisting Title IX. Between the bureaucracies, the consultants, and the university offices that have expanded under this approach, people now speak of a "Title IX industry," - one that is absorbing large amounts of resources but not doing anything to actually educate students. But having come to this point, what do we do next?

President-elect Trump has named Betsy DeVos to be secretary of Education, but there's no word yet as to who will be the head of the Department's Office for Civil Rights. (Maybe they should consider Shibley). But it seems clear that the overreach we've seen needs to be rolled back.

One possibility would be to repeal or amend Title IX. Congress could do that, though my concern is that if the bureaucracy can make such a hash out of a single sentence, how likely is it to be restrained by any amendment over the long term?

Another would be for the new Education Department to do something the previous department didn't do - probably for fear of being overruled by the courts - which is to actually promulgate new binding regulations after notice and comment.

Those regulations might say that colleges should turn over complaints of sexual assault to law enforcement authorities, and that things like "microaggressions" and opinions with which one disagrees do not constitute "discrimination."

Or, if the Trump administration is feeling mischievous, it could emulate the Obama administration and use guidance to enforce Title IX strictly according to its own views. Perhaps policies that discriminate against fraternities could become grounds for loss of funding based on discrimination. (Especially if university officials use derogatory sexist terms like "frat boy.") Perhaps admissions criteria that lead to student bodies that are disproportionately female could be analyzed for discrimination under "disparate impact" theories.

Perhaps a sexual assault program that produces overwhelmingly male defendants despite evidence that women are equally likely to be perpetrators might be seen as prima facie evidence of sex discrimination by universities.

Ideally, we'll take an approach based on due process and common sense, which would represent a considerable change over the past several years' policies.

One thing is clear: The micromanagement of universities - and of students - in the name of Title IX needs to change. I hope that the Trump administration will return some common sense to this area.