How Trump can build better airports and roads 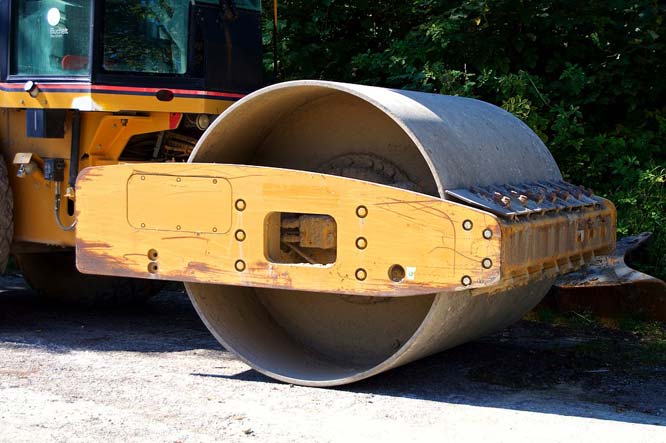 Many critics of President-elect Donald Trump's infrastructure plans are missing the point. He doesn't want to pour hundreds of billions of dollars into upgrading roads, bridges and airports to give the economy a Keynesian jolt. Creating jobs isn't even his primary goal. He wants visible symbols of competence and pride. "We're becoming a third world country, because of our infrastructure, our airports, our roads," Trump said when he announced his candidacy. He repeated the theme throughout the campaign.

Trump sometimes sounds like a jet-setting Davos Man, as he bellyaches about airports in New York and Los Angeles compared with those in Doha and Shanghai: our old metropolitan airports versus their sparkling new international hubs. (Has he never been through Denver or Minneapolis?) He is, however, voicing a frustration that unites Americans across the economic and political spectrums. You know there's a highway problem when a popular rock song includes the lyrics, "I'm driving here I sit/Cursing my government/For not using my taxes to fill holes with more cement." (The hit duo Twenty One Pilots is even from the political battleground of central Ohio.) Rundown airports and pitted roadways are everyday reminders that the government isn't doing its job.

Because Democrats also like the idea of infrastructure spending (although many prefer metro rail systems over roads), a bipartisan deal seems possible early in the Trump administration. The question, then, is how can Trump live up to his promises and not simply waste a lot of money? What's the best way to pick projects? What are the barriers to the quality infrastructure and speedy construction that his supporters expect? And how do we pay for all this?

What to build: The worst possible thing Trump could do is take the advice to "build something inspiring," as James B. Stewart put it in the New York Times. Lavishing money on a few showcase projects won't do anything for Trump's trucking-company friend who complains that he has to buy "the cheapest trucks and the strongest tires" because the highways are so bad. It wouldn't improve most Americans' everyday experiences. Repairing roads may not be as inspiring as an optimistically priced $100 million maglev train from Washington to Boston, but it's likely to create much more value for the money.

"You're building projects that have to be maintained and run for decades, and if costs are higher than benefits or the revenues, that means that they will be a drag on the economy," observes Bent Flyvbjerg, a professor at Oxford University's Said Business School who studies major infrastructure projects. To identify and support high-value projects, he recommends giving states and municipalities block grants and the freedom to decide how to spend the money. As long as there's accountability to avoid corruption, decentralized decision-makers are more likely to respond to local needs -- especially when they don't have to sell federal officials on the sexiness of a given project. It's an approach Scandinavian countries have used successfully. "If Trump's infrastructure plans would involve actually fixing local problems, maintaining the existing infrastructure to a high level of quality, that would be a great thing," Flyvbjerg says.

What to reform: Like many infrastructure enthusiasts, including Trump adviser Steve Bannon, Stewart is nostalgic for Depression-era projects. In his Times piece, he writes that President Franklin Roosevelt's

"Public Works Administration and Works Progress Administration, using combinations of public and private money, solicited proposals from states and cities, hired millions of workers and eventually built 78,000 bridges, 650,000 miles of roads, 700 miles of airport runways, 13,000 playgrounds and 125,000 military and civilian buildings, including more than 40,000 schools -- in most cases to high standards of quality and design."

Note, first of all, that it was the many relatively small projects, not the few showcases, that transformed America. They're why people remember those New Deal programs as public benefactors.

Then consider how long it takes to get anything built today. The bottleneck isn't the actual construction. It's the ever-more-detailed analyses, reviews and redesigns required -- and often litigated -- beforehand. For a megaproject, actual construction takes three or four years, estimates Robert D. Thornton, a Los Angeles lawyer who advises state and regional infrastructure authorities on environmental issues. Before that three or four years starts, however, "the planning and design process will be 10 to 15 years," he says. Thornton recalls a conference of road builders where company after company boasted of getting projects done in 20 years. "I got up and said, 'In any other business you'd be out of business, because you couldn't take 20 years to deliver a product,'" he says. "But in transportation, we just accept it."

To cut delays, Thornton recommends some simple procedural changes. Rather than reinventing and relitigating an air-quality model for each new project, local governments should be able to use the Federal Highway Administration's model as a safe harbor. "Then the only issue is, Did they follow the model?" Similarly, to get federal transportation funding in the first place, a local government has to have an approved metropolitan transportation plan that meets Clean Air Act standards. Any new project that fits into the already-approved plan, Thornton argues, shouldn't have to prove once again that it meets federal requirements. Like fixing potholes, these incremental reforms may not be glamorous, but they could significantly reduce the time and money it takes to deliver infrastructure improvements.

How to pay for it: Even if a new infrastructure bill decentralizes project selection and reforms the review process, the biggest challenge remains finding the money. Per-gallon gas tax revenue, the major source of transportation funds, is declining. Inflation has slowly eroded governments' buying power, while better gas mileage has reduced the amount collected. But hybrid drivers still use the roads. The logical alternative is a tax per mile driven, with different weight classes to reflect degrees of wear and tear. It could be collected with an odometer reading before annual car registration. A mileage tax might also make all drivers, not just the ones with gas guzzlers, think twice about incremental trips, reducing traffic congestion. (Such mileage-based use taxes also shouldn't go to fund other kinds of transit.)

The second major challenge is that the Interstate Highway System is a half century old. The highways weren't designed to last much longer. That's why Trump's trucking pal complains that the highways have never been so bad. "You need to reconstruct and modernize -- basically replace -- the Interstate Highway System as it is right now," says Robert Poole, director of transportation policy for the Reason Foundation. "There's not a ghost of a chance of enough tax money being available in our lifetime to do that set of megaprojects." (Disclosure: Poole was my boss in the 1990s, when I was editor of Reason magazine and he was president of the Reason Foundation.)

The good news is that international companies are eager to invest in U.S. infrastructure through public-private partnerships financed in the capital markets. Although rare in the U.S., such arrangements are common in Australia, Europe and Latin America. Once a project has made it through the planning and permitting process, investors bear most of the risk. ("They'll take the construction risk and the completion risk, but they won't take the environmental risk," Thornton says.) Tolls, user fees or dedicated taxes provide a stream of revenue. The $1 trillion infrastructure plan prepared by Trump advisers Wilbur Ross and Peter Navarro envisions extensive use of such partnerships "to a magnitude that would be up to the task of the interstate system," Poole says.

One such arrangement is already tackling Trump's pet peeve: the sad state of LaGuardia Airport. The Port Authority of New York and New Jersey has set up a public-private partnership to replace the central terminal. Commercial partners will make money from fees charged to airlines and passengers -- and from maximizing revenue from shops and restaurants. "This is the model," Poole says. "When Margaret Thatcher privatized the British Airports Authority, BAA reinvented airport retail. They came up with the idea of competing, name-brand shops and restaurants, not the old generic food and beverage contractors and that was it." The attractive, stimulating airports that travelers enjoy were invented not as public works but as a way to make money. If Trump thinks about infrastructure more like a businessman and less like a showman, we might just get everyday improvements we can also be proud of.