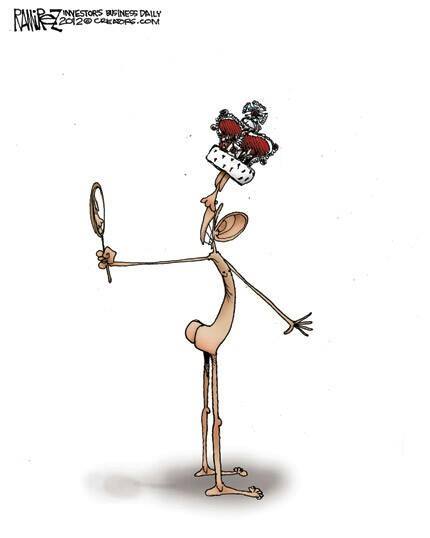 When presidential candidate Dwight Eisenhower promised to end the Korean War during the 1952 campaign, he won election with 82 percent of the electoral votes. Then the former general ended the Korean War.

Remember how centrist Barack "Change to Believe In" Obama vowed to comb through the federal budget line by line to balance it? Then he produced four straight years of trillion-dollar deficits en route to nearly doubling the national debt.

But as we enter the final four weeks of Obama's 96-month reign, Americans in general and the president-elect specifically are about to confront the dramatic - even frightening - toll of the Democrat's serial broken vows in foreign policy. And the damages that will be infecting the country's foreign affairs long after the 44th president has someone write his memoirs.

Obama and company have made much over the years of his professed "smart power" diplomacy, the savvy combination of soft diplomacy with the hard power of military use, at least implied.

The Chicagoan got the soft part down just fine. "Speak softly . . ." as President Teddy Roosevelt put it. But that's it.

Obama's unwillingness to wave or at least be seen to carry a big stick was widely seen as impotence, most notably by Russia, China and Iran --- all with an interest in filling any power vacuums.

True, the Nobel Peace Prize winner did launch a needless if successful war to oust Libya's Moammar Gadhafi with the disastrous creation of a lawless state with roaming terrorist militias.

And Obama did order a short-lived troop surge into Afghanistan. U.S. military involvement is now winding down as the Taliban move back in, a familiar sad scenario for anyone remembering the Vietnam War.

Obama claims allied sanctions did bring Iran to negotiations to curb its nuclear programs. But the resulting agreement did not cover missiles, has lax enforcement and ends in 10 years anyway.

Meanwhile, Iran continues exporting terrorism. It harasses naval ships in the Persian Gulf. It captured American sailors for a day. Was the U.S. outraged? Secretary Of State John Kerry thanked Iran for their release.

On Syria, Obama said Bashar Assad's days were numbered as dictator. That was almost 1,800 days ago.

The president famously drew an imaginary red line on Assad's use of chemical weapons against his own people. The regime did use them. Obama backed down, did nothing, blamed Congress. Russia and Iran moved to create a client Syrian state.

The U.S. president has consistently presented a false choice on that bloody civil war: American inaction or full-scale invasion. Truth is, long before 400,000 had died and Russia moved in, Obama could have knocked out Assad's air force and airfields without troop commitments.

Those Syrian facilities were used in recent days to pulverize Aleppo, killing thousands. And remember, Obama started the Libyan war over Gadhafi's threat to kill civilians. Ignoring atrocities, Obama said, is "a betrayal of who we are."

On Friday, miles from its construction of illegal islands in the South China Sea, which proceeds without hindrance, China literally stole a U.S. submarine drone in international waters.

Then there's the alleged Russian hacking of Americans and Democratic Party headquarters, another of many foreign cyber-breaches that go unanswered by this administration. Obama has said, "We need to take action and we will at a time and place of our choosing."

At a Friday news conference the Democrat also said: "Our goal continues to be to send a clear message to Russia or others not to do this to us because we can do stuff to you."

Trump has vowed (that word again) to restore U.S. military strength. "We build up our military not as an act of aggression," he says, "but as an act of prevention."

The ongoing problem for the United States, however, regardless of who's president, is that after eight years of unfulfilled vows, few would-be antagonists of America take U.S. "stuff" seriously.

At least not now.