Clinton, Trump and the end of hope 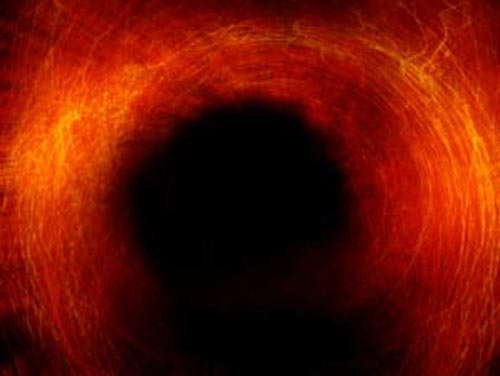 Is the presidential election really over, finally, or is this business simply another clever ruse to trick us?

Like first lady , I think I've lost all hope.

"See, now, we are feeling what not having hope feels like," Obama told in a recent interview lamenting the way the political thing turned out.

This was the same who visited in the during the president's first term. Michelle talked on and on about the wonderful pies made by bakers, yet reportedly, she did not offer Oprah even a single thin slice of delicious pie.

But that was long ago. And now, hope seems to have fled altogether.

"What else do you have if you don't have hope?" the first lady told Oprah. "What do you give your kids if you can't give them hope?"

You mean, if you don't give your kids eight years of top private schools and lavish vacations all over the world, including stays in luxurious Spanish castles with friends and a houseful of retainers?

I wouldn't know. Still, I feel you, Michelle, because once, I had hope too.

But that was back in November, weeks and weeks ago, when the votes were counted.

Yet the nightmare continued, on and on, with much wailing and shrieking and whining and crying and screeching and whimpering. It wouldn't die, crawling upon the snow like a relentless, severed hand from some White Walker in "Game of Thrones."

"It's over," said a guy I half-invented to help with an awkward transition. " will not be president. will be president."

Now, after all this time, you dare tell me that "it's over"?

Most Americans hoped to put presidential politics behind us weeks and weeks ago. But the nightmare continued.

You know the kind of nightmare; the kind where you wake up, relieved the terror has passed and you walk into the kitchen for a glass of milk. And there you see your dog sitting at the table in Pajama Boy pajamas, drinking coffee and smoking French cigarettes, cursing in Armenian.

Then when he sprouts the head of an angry and grabs a meat cleaver, it starts all over again.

Terrifying? Of course it is, because this one won't end either.

First came election night, and many TV talking heads with their weeping and wailing and refusing to see the numbers in front of them.

If only they'd read that column I'd written back in March, stating categorically that would not, could not win the election, since she was the face of the status quo in an insurgency year.

But I don't fly in their echo chamber, and so they weren't prepared, and then came even more caterwauling as the panic spread like a virus, hopping from liberal news people to liberal showbiz people.

Several minor celebrities threatened to ruin our very lives by taking their awesome talents to and into exile. If and actually leave over election, well, let's just say my life is over.

Then came that famous / recount. It failed, followed by the Vladimir Putin Mind Lock gambit.

Somehow, through the power of his mind, Putin forced to run a terrible campaign and insult millions of voters so much that they couldn't stand her.

Putin also made sure she had no message. He just sucked all her good messaging right out of her and left only the bad messages.

And just when we thought it was over, liberal actors -- led by -- rallied one more time.

They tried pressuring the electors of the , by using a subversive document:

They weren't using some "living document" of their political fantasies, either, but the actual Constitution written by those old, dead and presumably discredited white European males.

"Our Founding Fathers built the to safeguard the American people from the dangers of a demagogue," Sheen said in a TV commercial, "and to ensure that the presidency only goes to someone who is to an eminent degree endowed with the requisite qualifications."

In other words, Hillary?

Sadly for the Clintons, things didn't work as planned, which must have hurt Sheen's pride, as he had played that wildly popular president on the liberal TV fantasy show "The West Wing."

I'd rather picture him, not as a TV president, but in my favorite Sheen role, as the Soul Hunter.

Sheen played a space alien with a gigantic, pulsing bald head and a glowing avocado pit in the middle of his forehead in "Babylon 5: The River of Souls."

He raced around the universe, saving the souls of important leaders until they were needed in some future sci-fi time.

I couldn't find the script, and YouTube was charging a whopping $1.99 to watch the movie, but I did find a quote on the IMBD movie website.

"Faith is good," said Soul . "But sometimes faith is blind."