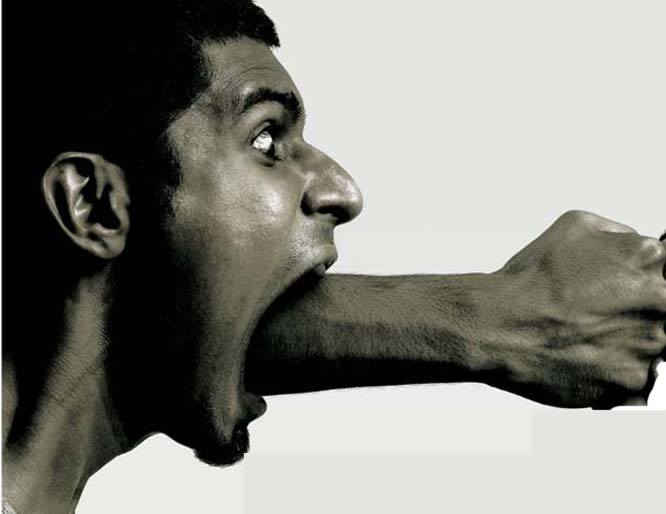 Why does the media keep looking for ways to turn vice into virtue?

Experts have revealed [that] the use of profanity can in fact be a sign of a smart person.

This provocative assertion opened a recent article in the Daily Mail. The problem is, it’s not true.

The alleged correlation between profanity and intelligence was inferred from a study concluding that people who know more curse words also know more words in general. Ipso facto, people who curse are smarter than people who don’t.

How much swearing do you suppose goes on at the Daily Mail?

Or you could ask a different question: Why should anyone take the Daily Mail seriously?

That’s a fair point. But the story also appeared in the Washington Post which, although avoiding the spurious equation between foul mouths and intelligence, still could not resist the lure of this equally misleading headline:

Why it’s a good sign if you curse. It isn’t. Which is clear from the Post article itself.

But that actually shines an even less attractive light on prolific swearers, who get failing grades in areas far more significant than the plentitude of their phraseology.

According to psychologists Kristin Jay of Marist College and Timothy Jay of the Massachusetts College of Liberal Arts, people with a proclivity toward profanity tend to be more neurotic, disagreeable, and unconcerned about offending others. They also suffer from social stigma, as people who swear are thought to be less fair and less insightful.

These details, however, are buried late in the article and offset by efforts to find benefits and advantages to swearing.

So here is the real question: Why do the media feel compelled to turn antisocial behavior into a virtue and a sign of intellectual superiority?

WATER CLOSET UNDER THE BRIDGE

Perhaps the seminal moment in Jack Paar’s career came on 11 February 1960 when, during the opening monologue, network censors bleeped out the term “W.C.” -- a short form of the British euphemism water closet, meaning bathroom. An irate Paar walked off the show the following night in protest and did not return for three weeks, until the network backed down and agreed to let him use the joke.

In our world of unedited cable television, live streaming, and crass innuendo, even the most priggish among us will likely roll our eyes at the story of Mr. Paar’s censorship. In our libertine era, the seven words you’ll never hear on television, famously flouted by the late comedian George Carlin, are an anachronism. And after all, aren’t we better off without such puritanical constrictions?

Those who can still remember George Carlin in his heyday may recall that his routines were much funnier on network television than they were on cable. The cheap laughs he garnered by spewing four-letter words paled against the creative humor he managed to summon up when required to produce genuinely funny material without them.

RISING TO THE OCCASION

Which brings us back to Daily Mail and the Washington Post.

The notion that profane vocabulary is an indicator of either general vocabulary or intellectual prowess is obscenely inverted. The Post said it outright: a bigger vocabulary is a bigger vocabulary. No doubt William Shakespeare knew a thesaurus full of obscenities, but his ability to express the whole range of human emotion and interaction without relying on them evidences his unparalleled genius.

People who possess a wealth of swear-words might be smarter, but indiscriminate use of profanity is nothing other than intellectual and verbal laziness, relying on bad taste for its shock value rather than crafting an impactful message that renders such language irrelevant.

Refinement of language is one of so many conventions under assault amidst the modern culture wars. Ironically, political correctness seeks to censor words that communicate ideas while promoting words that erode common courtesy and civility. Ultimately, refinement of character is a value, and in our benighted age there are many who view the destruction of traditional values as a value unto itself.

King Solomon teaches us, Do not remove the boundaries of eternity, which were set in place by your forefathers. What passes for modern wisdom today asserts that breaking down the conventions of previous generations will set us free. But exactly the opposite is true. Should we succeed in demolishing the traditions of the past, we are destined to wake up one day to find ourselves imprisoned by our passions, enslaved by our prejudices, and dominated by oppressors who have exploited our contempt for the values that make us truly free.