The left's relentless war against Bannon, Breitbart and real journalism 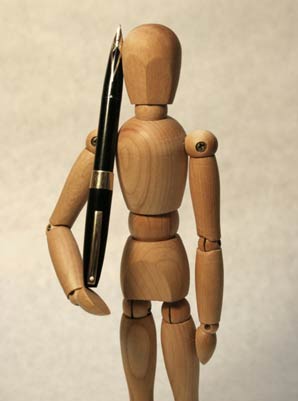 Since Trump's election, I have been indulging in watching the YouTube videos of the mainstream media's hysterical erroneous predictions for Hillary's ascendance to the WH. I also came across numerous critiques for Trump's transition team, in particular his choice of Steve Bannon as chief strategist.

Bannon has been accused of anti-Semitism, white supremacy and misogynism based on the articles published on Breitbart when he was its executive chair. After watching CNN's Don Lemon interview with Brietbart's Joel Pollack, I finally understood why the left is obsessed with Bannon and Breitbart. They haven't a clue about what real journalism is.

Mr. Lemon showed his panel a graph of several headlines of the suspect articles that seemed to confirm the charges against the site but after listening to the panel's inane comments, it became apparent that no one on the panel had even read the articles.

One of the charges against Steve Bannon was that he was anti-Semitic because of an article that read, Bill Kristol: Republican Spoiler, Renegade Jew. This article was written by former radical now conservative, David Horowitz, a one-time JWR contributor who is Jewish.

Here is what Horowitz wrote that clarifies why he called Kristol a renegade Jew:

"I am a Jew who has never been to Israel and has never been a Zionist in the sense of believing that Jews can rid themselves of Jew hatred by having their own nation state. But half of world Jewry now lives in Israel, and the enemies whom Obama and Hillary have empowered -- Iran, the Muslim Brotherhood, Hezbollah, ISIS, and Hamas -- have openly sworn to exterminate the Jews. I am also an American (and an American first), whose country is threatened with destruction by the same enemies. To weaken the only party that stands between the Jews and their annihilation, and between America and the forces intent on destroying her, is a political miscalculation so great and a betrayal so profound as to not be easily forgiven."

Does that make Horowitz an anti-Semite? I think not nor would anyone who had bothered to read the entire column.

I've been writing op-eds since 1998 and my pet peeve has always been that editors write the headlines that they feel will attract attention rather than reflect what the article is about. I spend a lot of time composing final lines to a column that I believe will have an impact and I was furious when a young editor at the New York Sun revealed the punch line of my column in the headline that he chose rather than the one I submitted.

Cindy Adams of the New York Post once wrote that editors are style killers and sadly I've found that in many cases they are.

I have been very fortunate that columns I've written for Jewish World Review, Irish Examiner USA and American Thinker have been published with my submitted headline banner.

I was recruited by a former editor Michael Walsh to write for the Breitbart startup after the New York Sun stopped its print paper. His instruction was very clear. I would have to provide credible facts, including documentation via videos for whatever issue I was covering.

Real journalism demands this concrete evidence. Real Journalism also requires presenting both sides of an issue. Whenever I wrote a column at the New York Sun criticizing a public figure, my editor, Seth Lipsky, made sure I had contacted that individual for a rebuttal of charges or a 'no comment' which I would then mention in the piece.

The mainstream media dominated by the left has abandoned all Fourth Estate credibility by eschewing journalism for personal ideology. Now these miscreants in the press are alleging the prevalence of 'fake news' without doing due diligence investigating an issue.

One prime example of this malfeasance is the uproar about the 'pizzagate' scandal.

Wikileaks released strange emails earlier this year which purported to belong to Clinton campaign chairman John Podesta which mentioned hints of Satanism and the word pizza. These communications were largely ignored by the mainstream media but exploded on the web linking it to a particular pizza restaurant, Comet Ping Pong, and alleging it to be connected with a child sex ring.

When a man Edgar Maddison Welch went to the restaurant and shot off a gun to call attention to the scandal, the mainstream media then weighed in calling the entire story fake news by the alt-right meant to discredit the Clinton campaign.

Consequently, this incendiary tale has been deep-sixed in the MSM but is still viral on the web scene with citizen journalists doing the job of investigating the smoke caused by a real fire. There is actually plenty of meat to what the MSM has dismissed but since the scandal may involve a connection to the Clintons, this story is dead.

Trump's election caught the MSM by surprise because it ceased being legitimate journalism and instead became a wing of the Democrat Party. While the left wing is relentless attacking the right, the figment of the imagination alt-right and just plain common sense, it may find that the public at large has learned to read behind the headlines and will seek out the truth without any help from the media lapdogs.