How Pence, once damaged political goods, has a very good chance to chart his own political future 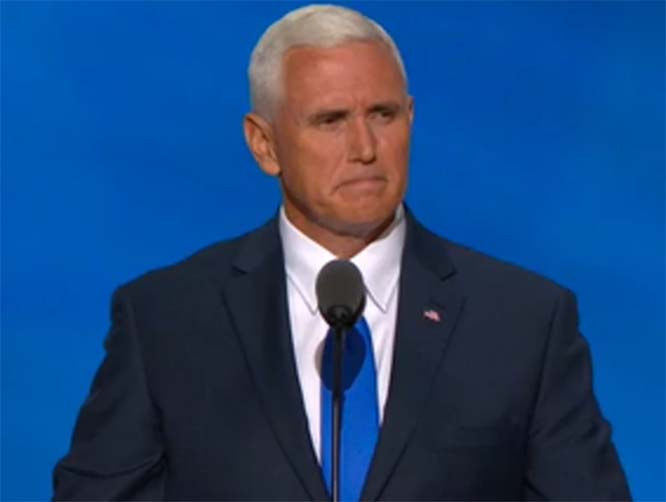 Five months ago, when Donald Trump picked Mike Pence as his running mate, it seemed a bit of a consolation prize for both men.

Pence, once a rising conservative star, was damaged goods in Indiana and was in trouble in his re-election bid despite coming from a red state. And if anything, his selection was seen as the best Trump could do, given that members of the GOP establishment were still wary of him and didn't think he would win.

It made sense for each of them, though it didn't seem likely to pan out for either.

Today, things are very different. Trump has been elected president, and Pence is in a unique position to succeed in his new role as the country's second-in-command -- arguably even more than Trump himself.

While Trump remains a polarizing and volatile figure as president, even in victory, Pence has carved a much more careful, behind-the-scenes image -- something akin to being Trump's straight man or better angel. And given the fact that Trump is expected to lean heavily on Pence's political experience and that the GOP controls both chambers of Congress, Pence is in line to reap the benefits of many of the Trump administration's potential legislative victories.

It's not difficult to see Pence quietly and diligently working behind the scenes to get things done while avoiding the day-to-day distractions of which his boss is so fond. And in this day and age politically, that's a recipe for political success. The best way to be a popular pol, after all, is to fade into the background and pick your spots.

Pence is off to a good start.

A Gallup poll released Friday shows Pence's favorable rating among registered voters stands at 49 percent -- 12 points higher than the man he will be serving with, and higher than both Hillary Clinton and her running mate, Virginia Sen. Tim Kaine. The contrast with Kaine, whose favorable rating stood at 39 percent, is notable given both men were largely quiet presences on the campaign trail. For whatever reason, Pence has acquitted himself that much better in his short stints in the limelight.

And he now has a big political win before even assuming office. On Thursday he and Trump gleefully took a victory lap in Indiana to celebrate Carrier keeping 1,000 jobs in the state that had previously been destined for Mexico. It is thought that Pence did much of the heavy lifting, given the incentives Carrier was given had to come from the governor himself.

Moving forward, Republicans have big goals: repealing and replacing Obamacare, enacting big tax cuts, starting the construction of a border wall, and tax reform -- all of which they could plausibly accomplish in the next two years. Assuming Trump gives Pence the kind of latitude and responsibility it is thought that he will, Pence could pick and choose which issues he wants to attach his brand to.

Perhaps he wants to go big on the tax cuts and Obamacare while standing back on something free-market conservatives are less enamored of -- like a $1 trillion infrastructure program that could balloon the national debt -- or something that could hurt future general-election aspirations, like Trump's more controversial immigration policies.

Pence, who is 57 years old, could spend the next four or eight years building pretty much whatever rĂ©sumĂ© he wants to, and the presence of a political novice as commander in chief and the GOP congressional majorities make it more likely he can point to successes he played a role in come 2020 or 2024.

He will, of course, be at least partially tagged with whatever controversies the Trump administration endures. And if there is a scandal, that doesn't bode well for Pence's political future. But for a man whose political obituary was written not long ago, he's sure got a big opportunity.

And so far, he appears to have done a good job immunizing himself from Trump's less-than-helpful political tendencies.