If You See Something ... Shut Up, Racist 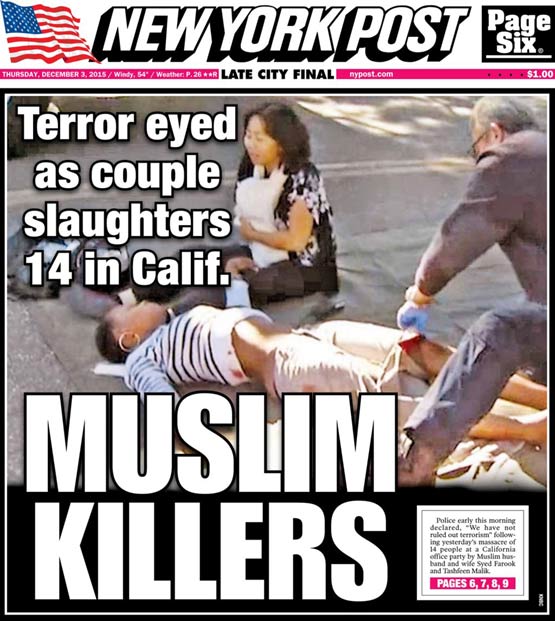 That's Kate McMillan's headline summation of the Big Security State in an age of political correctness.

On the one hand, the Department of Homeland Security enjoins us: "If you see something, say something." It's an expensive, focus-grouped official government slogan.

On the other hand, when it's happening in your street, it's all a bit more complicated:

A man who has been working in the area said he noticed a half-dozen Middle Eastern men in the area in recent weeks, but decided not to report anything since he did not wish to racially profile those people.

"Middle Eastern men" bringing strange contraptions in and out at all hours of the night? What are you, Islamophobic? Who's to say it's not the local distributor for Ahmed the Clock Boy's amusing new Allahrm Clock? If you see a man of Middle Eastern appearance bearing a ticking object, say something - and get sued for 15 million bucks.

Which is why the most lavishly funded government and media on the planet are seriously debating whether "climate change" leads to "workplace violence".

Because what else can you say?

Because climate change leads to desertification in the California desert which means at the county Christmas party everyone stands around saying in the old days before global warming we could have had a snowball fight, and then it all snowballs:

~Honey, I had a argument at the office. Can you put together a few dozen pipe bombs, get Go-Pros, body armor and assault rifles & meet in 15?

President Obama says we have to pass more gun-control laws, because, as he said a couple of days ago, mass shootings only happen in America. He said this in Paris, so who says he's got no sense of humor? In sophisticated Continental countries like France and Belgium, only the government and the terrorists have guns. So, just to be on the safe side, Syed Farook was a terrorist who worked for the government - in environmental-health regulation. So, whether or not climate change leads to terrorism, apparently environmental regulation does.

"California man Syed Farook" had a government job with great benefits. His wife was a pharmacist. These is secure, well remunerated middle-class employment. But in the end they preferred killing people.

As I wearily say every time, all the stories are different, and yet they're all the same. Mr Farook turns out, like almost every other "lone wolf", to be a known wolf:

(CNN)Syed Rizwan Farook -- who along with his wife, Tashfeen Malik, carried out the San Bernardino shooting massacre -- apparently was radicalized and in touch with people being investigated by the FBI for international terrorism, law enforcement officials said Thursday.

Farook himself had talked by phone and on social media with more than one person being investigated for terrorism, law enforcement officials said.

So he's in the system, with his name and phone number, with one degree of separation from terror suspects. But he still got to kill 14 people. Because no matter how massively you expand the panopticon Security State it can never have enough manpower to anticipate the moment a Syed Farook goes full Allahu Akbar. Because political correctness requires that we regard as just another part of the vibrant tapestry of diversity people who believe in everything ISIS believes in (sharia, female subservience, clitoridectomies, death for homosexuals) but stop short of chopping your head off. So we cannot stop them before they open fire.

Mass Muslim immigration is imposing strains on western society that we cannot meet now, and we will be buried by in the years ahead. Perhaps if we could talk about that honestly we wouldn't be sideswiped by the next member of the Amalgamated Union of Lone Wolves who - all together now - "appeared to be living the American Dream".

Dream on... Because a moratorium on mass Muslim immigration is - all together now - "not who we are".