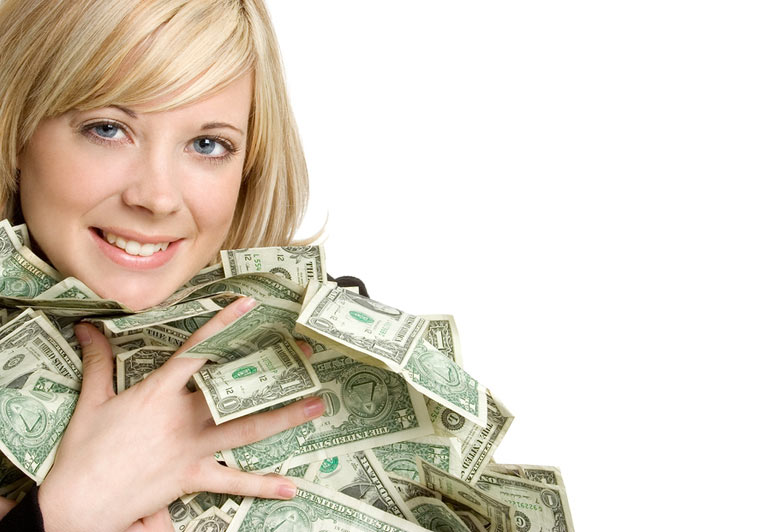 Dividends in Standard & Poor's 500-stock index have been increasing at double-digit percentage rates in recent years, rewarding income-hungry investors. But that may be about to change. Data provider FactSet estimates payouts from S&P 500 stocks will increase by just 7.7% in 2015, as fewer companies initiate new dividends and many firms redirect cash to much-neglected capital spending.

So if you're looking for big dividend gains, you'll have to target a few sectors. Within the S&P 500, FactSet estimates, financial firms will raise dividends by an average of 13.2%, the most of any sector. Industrial companies come in second, expected to boost distributions by an average of 8.6%. Payouts from firms that make non-essential consumer goods are projected to climb by an average of 8.1%.

With that in mind, we've identified eight companies that are likely to deliver substantial dividend increases next year. All come from the three sectors mentioned above and all have payout ratios (dividends paid out as a percentage of earnings) of 50% or less, providing room for more hikes. To top it off, each firm has a history of raising distributions and a solid earnings outlook for 2015. Figures are as of November 24. The payout ratio is determined by dividing the current dividend rate by estimated 2015 earnings per share.

Banks with the highest dividend-growth potential next year tend to have low yields. Analysts at Keefe, Bruyette & Woods, an investment bank that specializes in the financial sector, believe that Bank of America (BAC) will increase its dividend by more than 100% in 2015. But BofA's stock yields just 1.2%, well below the S&P 500's 2.0% yield.

Consider instead JPMorgan Chase (JPM). Along with other major banks, JP Morgan faces intense regulatory scrutiny and high legal costs. The company recently agreed to pay more than $1 billion in fines for allegedly manipulating foreign-exchange benchmark rates. (Four other banks also agreed to pay up.) Still, JPMorgan remains popular with customers. Revenues at the bank were up 5% in the third quarter compared with the previous year, and loans increased 7%. Today, the stock yields well above the S&P 500's yield, and the company uses less than one-third of its earnings to pay the dividend. Ben Kirby, co-manager of Thornburg Investment Income Builder Fund, says he thinks JPMorgan can increase the distribution by high-single-digit percentages "next year and for several more years."

Wells Fargo (WFC) came through the financial crisis relatively unscathed--its stock gained 2.0% in 2008, while big banks around the world lost an average of 71.6% that year--and it has been resilient ever since. As with many of its peers, low interest rates are putting pressure on Wells's earnings, which are expected to rise by only 4% in 2015. But should long-term rates begin to climb, the bank could clean up. As of the end of last year, about 95% of Wells Fargo's deposits were in low-yielding checking and savings accounts, one of the highest percentages in the industry. A rise in long-term rates would allow Wells to charge more for loans and increase the spread between its loans and its low-rate (or zero-rate) deposits. Wells has raised its dividend each year since 2011, and analysts at Keefe, Bruyette & Woods expect the company to hike the payout by 10.4% in 2015.

Orders for advanced commercial aircraft from Boeing (BA), such as the Dreamliner 787, continue to soar. As of the third quarter, the giant aircraft maker had a backlog of 5,500 orders valued at a record$430 billion. The stock has suffered lately, though, because investors have been disappointed with Boeing's free cash flow (cash profits that are left after capital expenditures). Higher-than-expected costs to build the 787 are partly to blame, says investment bank Credit Suisse. Still, earnings at Boeing jumped 19% in the third quarter compared with the same period a year ago, and over the past 12 months the company used just about one-third of its profits to fund its dividends. That leaves plenty of room to raise the distribution in 2015. Analysts at Argus Research project a 10% hike next year.

Industrial behemoth General Electric (GE) is streamlining its business to squeeze out bigger profits. In the third quarter, the company announced it was selling its appliance unit to Electrolux for $3.3 billion. GE is also paring its financial-services arm, spinning off Synchrony Financial, GE's former retail finance business (which manages store credit cards) in an initial public offering this year. Meanwhile, demand for GE's industrial products, which include jet engines, gas turbines and locomotives, is growing. Orders in the third quarter jumped 22% from the year-earlier period, and GE's backlog reached a record $250 billion. In 2015, analysts expect profits to rise 8%. GE cut its dividend during the financial crisis but has more than doubled the distribution since 2010. The stock yields an attractive 3.3%, and Argus thinks the company could lift the payout by 14% in 2015.

You don't have to wonder if this global manufacturer will boost its dividend. The diversified manufacturer announced in October that it would up its quarterly payout by 15%, starting with the distribution in December (payable to investors who owned the stock as of November 20).

Honeywell (HON), which makes a range of products, from home thermostats to nylon resins for food packaging, says slow global economic growth could be a headwind in 2015. Regardless, the company has a five-year plan to push up sales and profit margins. Honeywell's top brass projects that sales will expand 4% to 6% annually from 2014 through 2018, thanks to product innovation and the company's thriving emerging-markets business, which now makes up nearly a quarter of sales. Analysts estimate that earnings will jump 10% next year.

As home prices recover from their bottom in 2012, retailers such as Home Depot (HD) are likely to benefit, says Thornburg's Kirby. "You don't invest in your house until you feel your home's price is likely to keep going up," he says.

So once homeowners feel comfortable enough financially to remodel their kitchens and undertake other big-ticket renovations, they're likely to spend considerable amounts of money at Home Depot, the world's largest home-improvement retailer. In fact, sales at stores open at least a year rose 5.2% during the quarter that ended in October, compared with the same period a year earlier. Analysts expect earnings for the fiscal year that ends in January 2016 to rise by 16%. In February, Home Depot raised its dividend by 21%, and it will likely deliver another double-digit-percentage hike next year, says S&P Capital IQ. VF Corp.

At first glance, this stock's yield may not impress. But give the apparel maker a chance. VF (VFC), which owns more than 30 brands, including Lee, The North Face and Wrangler, raised its dividend 22% in October. Over the past five years, the company hiked the distribution at an annualized rate of 16%. VF does not have a lot of brick-and-mortar stores, which helps keep costs down, says James Boothe, manager of the Nuveen Santa Barbara Dividend Growth Fund. "So the company can raise the dividend more," he says. Sales grew 7% year-over-year during the third quarter, thanks to solid consumer demand for outdoor and athletic wear. Business is likely to remain robust, so analysts are looking for earnings to climb by 14% next year. VF has raised its dividend for 42 straight years.

No guessing needed here. YUM (YUM), which owns the KFC, Pizza Hut and Taco Bell brands, announced in September that it would lift its quarterly dividend by 11%, starting in November. It was the 10th consecutive year of a double-digit percentage hike.

Yum's stock stumbled last summer when authorities in China discovered that a supplier was providing expired meat to KFC, Pizza Hut and other restaurants in the country. Yum has cut ties with the supplier, but during the third quarter, sales at restaurants in China open at least a year declined by a stiff 14%. Yum executives believe Chinese customers will start to return next year. And business at U.S. and other foreign locations is growing, boosted in part by new breakfast offerings at Taco Bell. Analysts predict that Yum's earnings will expand by 9% in 2014 and 16% in 2015.

Carolyn Bigda is a Contributing Writer at Kiplinger's Personal Finance.