Creativity is not at odds with spirituality, faithful adherence to meticulous religious observance 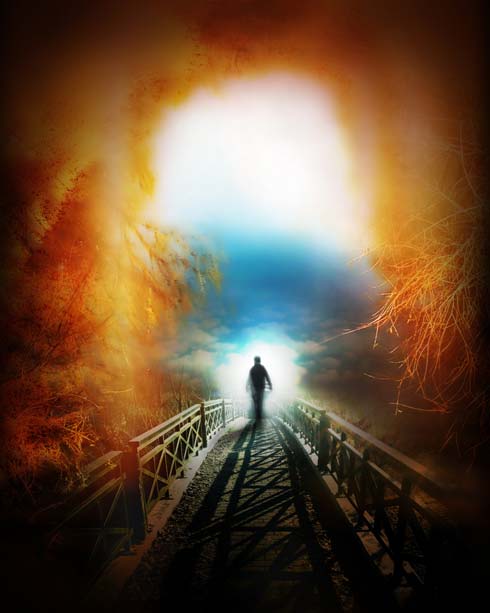 When I was still a pulpit rabbi back in Baltimore, I would meet with a group of teenagers from time to time. The agenda was open-ended, and my goal was to encourage the group to share their feelings and attitudes freely. One of the favorite topics chosen by the kids was their school curriculum and what they found wrong with it.

I learned many things from this group of adolescents, whose critique of the curricula of the schools they attended was sharp and accurate. I particularly remember the outburst of one exceptionally creative young man. Let us call him Josh.

He was a student in a very academically oriented high school which put its major emphasis upon textual study. "What am I supposed to do with my creativity", he asked. "Where is there room in the school for me to express my artistic talents?"

I was hard-pressed to come up with an answer for Josh's pained query. All I could say was that he was personally experiencing a tension which pervades the history of our religious faith. It is the tension between conformity to the rules and regulations of our sacred texts versus the natural and powerful human need for creative expression and innovation.

Our religion reveres tradition and continuity. Attempts to question tradition and to stake out new spiritual turf have been typically viewed in our history as heresy and rebellion. Is there no room for creative novelty in our faith?

I think that there is room for such creativity, and I think that it is none other than Abraham himself who is the first example in the Torah of innovative ingenuity, within the context of religious service.

In this week's Torah portion, Lech Lecha, we find G od Himself describing Abraham as one who "walks before Me" (Genesis 17:1). Our sages contrast this description of Abraham with an earlier description of Noah, to be found in last week's Torah portion. There we read, "Noah walked with G od", "es haElokim" (Genesis 6:9). Noah walked with G od, whereas Abraham walked before Him.

Noah walked with G od and required Divine support to live his religious life. He was not able to walk before G od. He could not take the initiative and strike out on his own. He needed to be certain of G od's will before he could act.

Abraham, on the other hand, walked before G od. He stepped out on his own and risked acting independently and creatively. He was confident in his own religious judgment and did not require G od's prior approval for all of his actions. Indeed, he dared to challenge G od's own judgment.

Thus, we never find Noah speaking out in defense of his generation, nor does he pray for their salvation. Abraham, on the contrary, forcefully defends sinful Sodom and Gomorrah and prays even for his adversaries.

Of Moses too, it can be said that he walked before G od. He broke the tablets on his own initiative, and, according to our sages, added a day to G od's own timetable for giving the Torah. In both cases, we are told that the Lord congratulated him for his bold creative actions.

I remember reading an anecdote about Rav Kuk, the first chief Rabbi of the Holy Land (d. 1935), which illustrates his preference for the creative genius over the person who just conforms. Rav Kuk once had to decide a halachic issue by resolving a disagreement between two great Talmudic authorities. The dispute was between the author of Darchei Teshuvah, a monumental anthology of halachic dicta, and the Maharsham, who authored many volumes in response to questions arising from the circumstances of new technological inventions.

Rav Kuk decided in favor of the Maharsham over the Darchei Teshuva. He argued that whereas the latter was a gaon me'asef, a genius at recording the opinions of others, the former was a gaon yotzer, an inventive genius. The creative authority trumped the expert anthologist.

One of the areas of psychology which has always fascinated me has been the research on the phenomenon of human creativity. One line of that research suggests that there are two modes of thought of which we are all capable, although some of us are better at one and some are better at the other.

There are those of us who are convergent thinkers. Our ideas connect and ultimately merge with the ideas of our predecessors and peers. Others think divergently, and their ideas veer from earlier norms and carve out new paths and different solutions.

The contrast between Abraham and Noah suggests that although Abraham was the model of ultimate obedience to G od's will, he nevertheless was capable of divergent thinking. He was able to walk before G od. Noah, however, could only think convergently and, figuratively speaking, needed to hold G od's hand.

It is important that we realize that creativity is not at odds with spirituality and with faithful adherence to meticulous religious observance. We must not be afraid of our own powers of creative thinking.

The realization that there is a place for creativity in the worship of the Almighty is especially essential for those who are responsible for the curricula of our educational institutions. They must be on guard never to stifle the wonderful creative impulses which typify youth. They must cultivate those impulses and allow for their expression within our tradition. And we must allow for the development of contemporary Abrahams, and not be satisfied to raise a generation of mere Noahs.