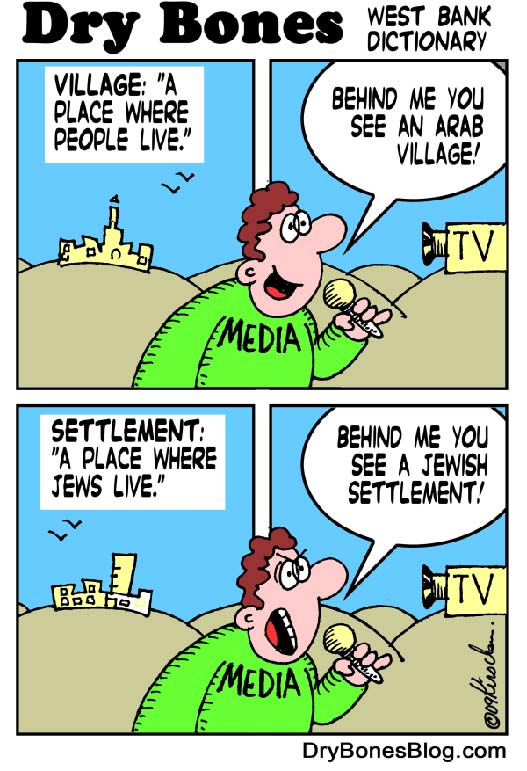 The only way to end what is essentially an Arab war of extermination against Israel is to call out the Palestinians on their fundamental lies and to treat them not as statesmen-in-waiting, but as international pariahs

The statement by U.S. Secretary of State Mike Pompeo that Israel's settlements "are not inconsistent with international law" has been predictably greeted with adulation by Israel's defenders and denunciation by its enemies.

Both sides, however, are once again missing the elephant in the room — as the Trump administration itself is also doing.

In its own terms, the statement certainly should be warmly welcomed. It is a remarkable stand for the truth against the unanimous endorsement by the Western world of the big lie about Israel that has done so much to demonize and delegitimize it: the claim that its occupation of Palestinian territories and Israeli settlements there are illegal.

Every part of that claim — that Israel is in "occupation," that the land it is "occupying" is "Palestinian territory," and that Israel is acting illegally — is false.

Israel isn't occupying the disputed territories because, under international law, only land that belongs to a sovereign state can ever be "occupied," and the territory in question has never belonged to any sovereign country.

It has never been "Palestinian" territory because it has never belonged to the Palestinians — for the very good reason that there never was a Palestinian nation to which it could have belonged. Palestine was merely the name contemptuously given by the Romans to Judea when they conquered it and tried to erase its Jewish identity.

And the Arabs who were living there when the international community decided after the First World War to restore the Jews' own homeland never considered themselves "Palestinian" or having any national identity based on that land.

Britain and the European Union claim the settlements are illegal because the Geneva Convention prohibits a state from deporting or transferring its population into territory it has occupied. But this is a grotesque misrepresentation of both the Geneva Convention and the status of the Israeli residents of Judea and Samaria.

Far from being transferred by the State of Israel, these residents chose to move there of their own free will — either for religious reasons or because the housing was cheap, and there was space and fresh air for their children.

The relevant part of the Geneva Convention was drafted to prevent anything like the Nazi deportations of the Jews to their deaths from ever happening again. So to use it to claim the Israeli settlements are illegal is just obscene.

The fact is that the only people who have a legal claim to this territory are the Jews, whose right to settle what is now Israel, the "West Bank" and Gaza was granted by the international community in the 1920s to them alone in recognition of the fact that the Jews were the only people for whom the land of Israel was ever their national kingdom. That right to settle has never been abrogated but was incorporated by the United Nations.

So Pompeo was merely speaking the truth about the law, which was as welcome as it was long overdue.

However, his statement also fell into the same trap as those who were denouncing it. They said it would hamper peace by preventing a negotiated settlement.

Pompeo said that "this is a complex political problem that can only be solved by negotiations between Israelis and Palestinians."

Both thus committed the error that ensures this Middle East crisis is never resolved — viewing it as a dispute over territorial boundaries that can be resolved by negotiation.

It is not, and it cannot be. It is rather an attempted war of extermination against Israel. The only appropriate response is to defeat those trying to exterminate it.

To negotiate with them at all is to reward their aggression by offering them part of the territory they are attacking. It is a signal of surrender, which merely encourages further attacks.

Yet this is precisely what the West has been doing for decades.

It started in the 1930s, when the British reneged on their legal commitment to settle the Jews in Palestine by offering up part of that territory to the Arabs.

This early example of a "two-state solution" was in response to the Arab attacks on both the Jews and the British, aimed at preventing the Jewish homeland from being established at all.

Ever since, the West has been rewarding the Arabs for trying to destroy Israel. Astonishingly, it accepted the Arabs' reframing of their war of extermination as a fight by the Palestinians for their own right to the land.

The West has never acknowledged the truth that this right doesn't exist because there never was a Palestinian people. This was artificially invented in the 1960s, purely to deny the truth of the unique claim of the Jewish people by trying to rewrite them out of their own history and to claim ludicrously that the Palestinians were the indigenous people of the land.

By insisting that Israel has to negotiate ownership of this land with those trying to steal it from them, the West has connived at yet more aggression since the "Palestinians" have realized that the more preposterous their claims, the more the West redoubles its attempts to reward them.

However obnoxious, the Western mantra that the "occupation" and settlements are illegal is not the basis of the West's amoral and hostile attitude towards Israel. This is rooted instead in the big lie the West has swallowed about the Palestinians' rights, based on the falsehoods they promote about their own identity and agenda, and about the history of the Jewish people.

The West's obdurate belief that negotiation is the correct and achievable course is why this conflict persists year in, year out — throughout the farce of the Palestinians' repeated rejectionism and the misguided attempts to nudge them to the conference table, of which the still-unveiled Trump peace plan seems to be but the latest example.

And bang on cue, in response to this latest U.S. attempt to get the Palestinians to accept they have no option but to negotiate, they have threatened more violence. Of course: Their aim of destroying Israel is non-negotiable.

So the Palestinian Authority has announced it is considering "recommendations to strengthen â€¦ home front and the popular resistance," and "demanded" that "the masses of the Palestinian people in the homeland and everywhere act in order to thwart the plot to eliminate the Palestinian cause."


As Palestinian Media Watch has reported, at the recent Fatah Conference for Popular Resistance Mahmoud Abbas's Fatah deputy, Mahmoud al Aloul, explained that "resistance" is "constant and ongoing," and that it "shouldn't be stopped or postponed" for the sake of "an agreement [or] negotiations." Only combined with "resistance," said al-Aloul, would negotiations with Israel be successful.

If President Trump really believes that he can pull off the "deal of the century" between Israel and the Palestinians, he is wrong. Pursuing a negotiated deal as the solution to a war of extermination is a category error.

Trump's bold, pro-Israel acts in stating the settlements are not illegal, as well as both recognizing Jerusalem as Israel's capital and Israel's annexation of the Golan, should not blind us to the wider and persistent mistake.

The only way to end the Arab war of extermination is to call out the Palestinians on their fundamental lies and to treat them not as statesmen-in-waiting, but as international pariahs.

Only when the United States does that will we be able to say that truth and justice in the Middle East are finally being upheld.

For more than three decades, long-time JWR contributor Melanie Phillips has served as Britain's political conscience. A journalist and author, in 1996, she was awarded the prestigious Orwell Prize for journalism. This first appeared on Jewish News Syndicate.