Jon Voight is a legend --- he can accept any award he's given, even one from Trump 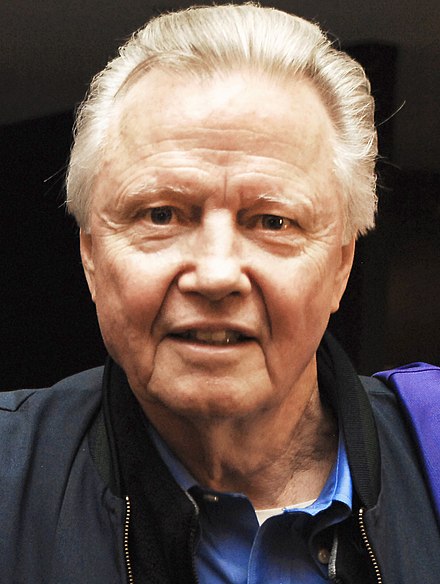 It feels weird having to say this, but actor Jon Voight should feel no shame, and should be made to feel no shame by others, for accepting the National Medal of Arts from President Donald Trump.

Voight received the honor along with the United States' military bands, country singer Alison Krauss and Sharon Percy Rockefeller, the chief executive of WETA. The council's members seemed miffed that their advice had not been followed, that the president had failed to adequately consider the artistic merits of dance and other less popular arts, and that Trump had failed to fill a racial quota while making his choices.

The Atlantic's Peter Nicholas seems unconvinced that artistic merit is of any interest to the president at all, suggesting he's merely trying to wrap himself in the flag by rewarding the bands and noting that Voight is an active supporter of Trump. Writer Tobias Wolff offered a more pointed criticism to Nicholas: "What true artist would accept (the medal) from these hands," he asked.


There are two separate, but intertwined, issues at work here. The first is that Trump's choice to honor Voight is almost certainly related to Voight's political support for the president. Whether Trump personally chose the actor because of his backing or whether a staffer tasked with coming up a program suggested Voight because he knows the actor is a fan is irrelevant: I have no problem whatsoever believing that the only reason the president made this call was because Voight is on Team Trump.

But what did observers expect to happen when attending the White House became a sort of personal litmus test in the age of Trump? When professional sports teams such as the National Basketball Association's Golden State Warriors make a point of saying they won't go before they've even been invited, or when news reports suggest that the Super Bowl champion Philadelphia Eagles would essentially boycott the proceedings, what point is there to the president hosting them? He has no obligation to get slapped in the face in public.

And when athletes who do attend and do celebrate with the president - such as the Washington Nationals' Ryan Zimmerman - become flashpoints in the culture war, it's difficult to blame them for bailing.

Needless to say, one cannot imagine that the president relishes the thought of having to deal with a series of artists in disciplines he could not possibly care less about - like, say, dance - either stating outright that they won't come to the White House or showing up and then badmouthing him. Who can blame Trump for deciding that if there has to be a ceremony at all, the only ones he should invite are those he knows are not going to bash him?


But there's a second issue here: It's not as though the president is throwing a medal around the necks of Diamond and Silk. (No knock on the YouTube titans.) Voight is a legend for good reason. The actor has been nominated for an Academy Award four times in three separate decades: twice in the 1970s (he won the Best Actor Oscar for "Coming Home" in 1979 and earned a Best Actor nomination for "Midnight Cowboy" in 1970); once in the 1980s (a Best Actor nomination for 1985â€˛s "Runaway Train"); and once in the 2000s (a Best Supporting Actor nomination for 2001â€˛s "Ali"). He's worked with a veritable coterie of A-list directors who have mastered a variety of genres, names such as Brian De Palma, Michael Mann, Oliver Stone, Francis Ford Coppola and Michael Bay. He's carried a prominent show in the so-called Golden Age of Television ("Ray Donovan"), and he's even shown some comic chops, stealing scenes in comedy classics such as "Zoolander."

In other words: There's no credible case to be made that Voight's career lacks merit, and there is no reasonable justification for Voight being shamed for accepting an award acknowledging his accomplishments - except for the fact that he's a supporter of the president. This strikes me as not only nuts, but an actively detrimental stand to take for the country, one more encroachment of the forever war that is politics onto a realm that should, theoretically, be apolitical.

And yes, I know: "All art is political," "This president is different!" etc. I've heard it all. But there's a difference between the capital-T Truth of art and the acknowledgment that greatness in the arts can transcend the essential meaninglessness of partisan squabbling.

If everyone wanted a president who is more traditionally pliable for events such as these and more prone to handing out standard national awards to people most of us have never heard of working in fields few of us truly care about, maybe people should've shown a bit of forbearance when it came to accepting such awards. You can't really demand a president act normally in such matters while also demanding that those awarded act abnormally.

Since that Rubicon has been crossed, however, let Voight enjoy his night in peace - and maybe even celebrate his medal with him. He's spent the last six decades earning it.

Previously:
• Enjoy Netflix while it lasts --- it can't keep going like this forever
• The real reason LeBron James has betrayed his values
• The real reason LeBron James has betrayed his values
• Want comedy to change minds? The risk of offensiveness has to be there --- progressives be damned
• Politics and social media may be the death of us all, just as 'Seveneves' predicted
• 'Veep' was TV's finest tragedy --- and a horrifying story about the pursuit of power
• Criticism is conversation, not an assault on your identity
• In defense of the 'chick flick' label
• From 'Ghostbusters' to 'Captain Marvel,' culture warriors get box-office results all wrong
• What Trump's fast-food feast and Gillette's woke razor blades have in common
• 'Widows' is an OK heist flick, but an amazing critique of corrupt local politics
• 'Deadpool 2' is funniest when it takes on all sides of our dumb ideological fights
• The endgame of 'The Americans' might come down to a flag
• R. Lee Ermey made 'Full Metal Jacket' a movie that Marines and antiwar protesters could love
• A Quiet Place' isn't just pro-life --- it makes us understand what being pro-life truly means
• Babe's Aziz Ansari piece was a gift to anyone who wants to derail #MeToo
• Parents, please stop turning your kids into viral sensations
• People who want Twitter to clean up its act should be careful what they wish for
• 'Veep' captures the grubbiness of post-presidency greed; Obama should take heed
• The conservative critics the BBC left out of its best movies poll
• Republicans buy movie tickets too, Paul Feig
•
• Toys with disclaimers ---- against social and political commentary. Seriously
• Why conservatives should back plans to make the Oscars more diverse
• With '13 Hours,' Hollywood is finally acknowledging conservative audiences