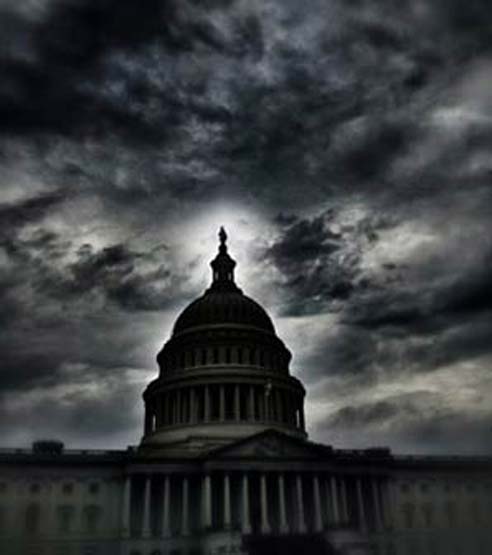 Having led Democrats in the House of Representatives for nearly 16 years, four of them as speaker, you'd think Nancy Pelosi would be a shoo-in as the first speaker in six decades to return to that job.

The first female speaker, who will turn 79 in March, faces demands for change from younger members, the very ones her prodigious fundraising and pugnacious politics helped elect and re-elect this month. Sixteen of them wrote a public letter against her reign.

Pelosi may well win the Democrats' caucus nomination for speaker this week, although a challenge appears to be gelling behind U.S. Rep. Marcia Fudge, who offers the rebels several advantages: she's 12 years younger, is the former head of the Congressional Black Caucus and is from the heartland — Ohio.

The crucial test comes in the new year when Pelosi must capture a majority of the entire House's votes, 218. Fudge's bid would presumably be aimed at denying Pelosi the requisite majority. Some Republicans could have fun siding with Fudge.

Facing a fusillade of Republican ads this fall tying them to the unpopular Pelosi, 26 Democratic candidates said they would not to support her. Being politicians, they can change their minds, and some have shown signs of waffling.

Breaking their promise could hurt them back home in the future. But here's the Washington power reality: She can hurt them right now if they don't come around.

By heartland standards, the in-House jockeying, jawing, muscling and maneuvering are the arcane juvenile stuff of high school prom-queen selections.

But in D.C., where ambition never hibernates, the details are revealing about the exotic culture of Capitol Hill and the recipe for smart or disastrous career choices.

If any of this turmoil seems familiar, it's because House Republicans went through a similar upheaval spurred by a small group of dissidents in 2015. A band of self-proclaimed conservatives — once called tea party members, now the Freedom Caucus — challenged Republican Speaker John Boehner's establishment rule.

They failed at that moment. But a few months later, Boehner quit Congress altogether, leaving a leadership mess that was settled only by dragging the party's 2012 vice presidential nominee, Paul Ryan, into the speaker's office. Now, with three dozen other Republicans, he, too, is leaving Congress.

Even with Ryan, you may recall the rebels' endless demands, threats and stalling tactics over tax cuts and Affordable Care Act repeal in early 2017. That provided dramatic, embarrassing proof that even a party that controlled both houses of Congress and the White House was unable to effectively govern.

As one result, this month, Americans collectively turned the House over to Democrats. Only one modern president, Jimmy Carter, has experienced an entire term with his party controlling Congress.

A federal government divided between parties virtually guarantees paralysis, which voters apparently decided is better than the same government futilely feuding under one.

These leadership struggles are disturbing and revealing reflections of the ongoing dysfunction in both parties, fractured into policy paralysis by self-centered, ideological factions lacking unified visions. Every clown who emerges from the tiny car has their own nonnegotiable ideas and plans.

Now, this can be very helpful for a president who's more into deal-making than ideological stances and struggles. Donald Trump wears the Republican label out of convenience but was once a prolific Democratic donor who contributed to Pelosi.

He's even offered to round up some Republican votes to help Pelosi get the big gavel.

Trump is now free of his own party's annoying retired gadflies and is backed by new senators who owe him their election. He can more easily play parties against each other from issue to issue, cobbling together accomplishments for his re-election campaign in 2020.

Pelosi's pre-emptive proclamation that she has the speakership tied up is absurd. She's a master tactician who easily defeated her last challenger by promising to include younger, ambitious members among her fellow septuagenarians. That never materialized.

This time, Democratic caucus rebels are wisely coalescing behind not a man to supplant the country's first female speaker, but Fudge, a female challenger who would be the House's first black speaker.

The fact that she's an Ohioan is another refreshing plus for a party ruled by coastal elites.

Pelosi's daily schedule is packed by meetings with members, including Fudge. "We had a candid and respectful conversation," Pelosi said.

The media storyline is that such "conversations" involve Pelosi seeking each member's support both in the caucus election and the more important January vote in the full House. She also no doubt reminds each of her immense caucus fundraising success and the potential for her future campaign assistance.

And there's one other very Washington kind of possibility that doesn't get much attention beyond the Beltway. Technically, these would-be rebels campaign-promised only not to vote for Pelosi.

They could fulfill that promise to the letter and help Pelosi by simply voting "present" Jan. 3. That would lower the required majority threshold of votes from 218 to whatever Pelosi needed. Capitol clever, isn't it?