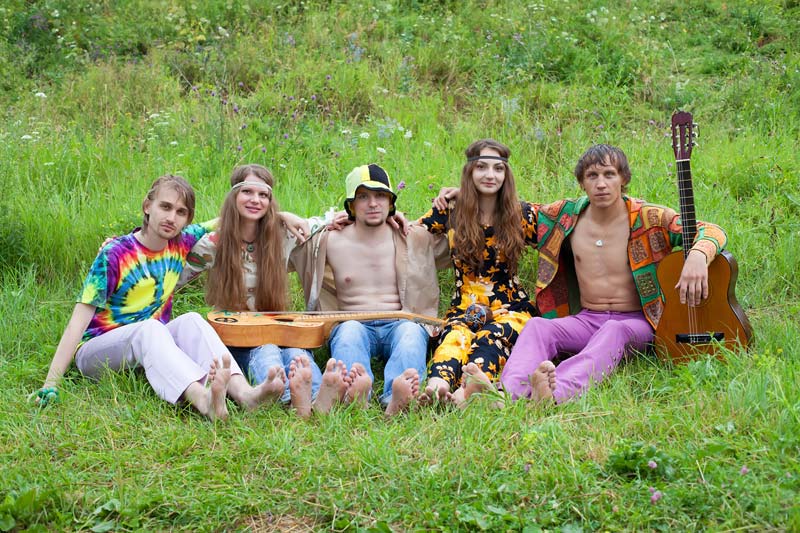 Fifty years ago this year, the '60s revolution sought to overturn customs, traditions, ideology and politics.

The '60s radicals eventually grew older, cut their hair and joined the establishment. Most thought their revolution had fizzled out in the early 1970s without much effect, as Americans returned to "normal."

But maybe the '60s, not the silent majority, won out after all. The world a half-century later looks a lot more like 1968 and what followed than what preceded it.

Most of the political and cultural agenda from that turbulent period -- both the advances and the regressions -- has long been institutionalized. The military draft, for good or bad, has remained defunct. There is greater transparency in politics, fewer smoke-filled rooms. Disabled children, once ostracized and/or dismissively labeled "retarded," are now far better integrated into society and treated more ethically as special-needs kids. The rights of women, minorities and the LGBT community are now widely accepted.

Yet lifestyles have been radically altered -- and often not for the good. Before the late '60s, most Americans married before having children; afterwards, not so much. One-parent households are now far more common.

Other legacies of the '60s include couples marrying later and having fewer children. A half-century later, these social inheritances often mean prolonged adolescence, older parents, delayed or nonexistent home ownership, and more emphasis on leisure time than on household chores.


Fashion remains '60s-influenced. There are few dress codes left. Even billionaires now dress in jeans, T-shirts and sneakers rather than slacks and wingtips. Wire-rim glasses of the 1950s were considered old people's spectacles. Then they became hip, and now they are standard.

The iconic drug of the '60s, marijuana, has been legalized in many states and soon may be decriminalized at the federal level.

Post-'60s movies routinely include the sort of profanity, nudity and graphic violence that was unknown in 1950s cinema. Big-screen romance is often no longer about courtship, romance and mystery, but lots of on-screen sex.

Promiscuity and hookups were redefined in the '60s as norms. They are now, too -- but with lots of ensuing psychological, social and cultural damage.

Before the campus turmoil of the late '60s, there were almost no "studies" courses in the college curriculum. The ancient idea still persisted that the university was obligated to teach philosophy, literature, languages, science, math and the professions -- along with the inductive method to use such knowledge to make sense of things.

Yet the impatient '60s threw out that disinterested notion as quaint, naive and a roadblock to utopia. The campus instead became a center of deductive progressive activism. Updated studies courses now train students to think politically correctly rather than empirically.

Other pernicious '60s ideas survived and got worse. The notion of shouting out in campus free-speech zones now means shouting down those with whom students disagree.

The street-theater antics during the confirmation hearings, the violence of Antifa and the disruptions of were all birthed in the '60s as legitimate means of obtaining supposedly noble ends.

Progress in civil rights has veered from .'s integrationist idea of a color-blind society emphasizing the content of our character to racially segregated dorms and rampant identity politics. The current tribal notion that we are defined forever by our DNA, not our character, is also a '60s legacy.

The freewheeling habits of and are '60s carryovers. So is the hard-left sermonizing and preachy nonstop hectoring of and . The new faddish socialism of is merely the old socialism of 1968.

Could the good of the '60s have been accomplished without all the bad?

The answer is still debated. Unfortunately, the wounds of the '60s have not healed with the graying of the 1968 generation.

The blue-state coasts seek to keep the spirit of the '60s alive with hip urban culture, bigger government, higher taxes, greater emphasis on identity politics -- and a constant effort to radically change America.

would claim that they have won more presidential elections since 1968. They would argue that the silent majority eventually saved much of what was still traditional America. Radicals of the '60s such as and were never widely popular.

But turn on the television, watch a movie or an NFL game, listen to popular music, visit a campus, notice how crowds dress and speak, walk down a sidewalk in a major city, and examine the behavior of our celebrities and political class: It's hard not to conclude that the '60s won out.