Does Jim Acosta Have a Constitutional Right . . . to be a Jerk? 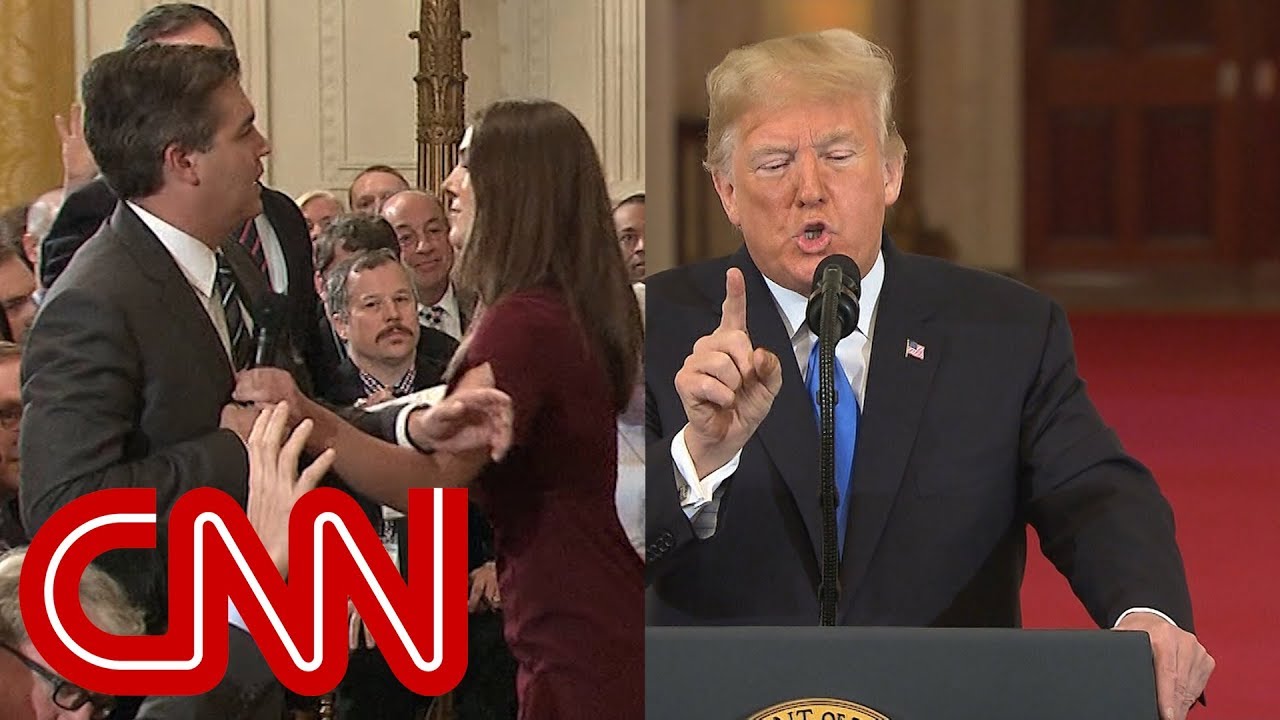 I knew that bank robbers had the constitutional right to due process and that kidnappers and terrorists had due process rights, but I had no idea that a cable television news reporter who repeatedly tries to make himself the story and take over news conferences had such a right â€“ that the White House couldn't yank his press pass without affording him "due process."

But a federal judge, as by now we all know, said the White House violated Jim Acosta's due process rights by revoking his pass without first explaining the reasons for its actions.

The judge didn't immediately address another constitutional issue, one involving whether Jim Acosta has a First Amendment right to cover the president of the United States. I can't wait to see how that turns out (if it ever gets that far).

I'm not a lawyer nor am I a Constitutional scholar so go easy on me when I wonder what other rights Jim Acosta of CNN might have.

Does he have the constitutional right to more than his press pass? Does he have the right to actually be called upon at a White House news conference? If the president or Sarah Sanders ignores Acosta is that a violation of his rights?


And while we're at it, does he have a constitutional right to be rude, to act unprofessionally? Can he address the president any way he wants without losing his press pass? Can he stand up and say, "Hey Trump, you say the caravan is an â€˜invasion.' You're nuts, right?"

According to one news report, "In court on Friday, the judge recounted the events leading up to the revocation of Acosta's pass, noting that the administration's initial explanation to the public for taking that action was based on a video that critics have said was doctored. [Judge Timothy] Kelly said the video's accuracy was questionable."

In question was whether Acosta intentionally smacked an intern's arm as she was trying to take the microphone from him to pass on to another reporter, or whether the contact was merely incidental.

"The government must provide Mr. Acosta with due process," Judge Kelly said. The White House gave back his pass and announced it was writing guidelines for proper conduct at White House news conferences.

I’m sure Jim Acosta sees himself as a tough reporter, as a journalist who confronts the powerful on behalf of the American people. Bull! He’s a TV narcissist (not unlike the president he detests). He wants to stand out in the White House press room. To be different from the others. He craves the spotlight (again, not unlike the president he detests). In these hyper-partisan times when too many journalists don’t even try to hide their distaste for this president (and vice versa), Acosta’s schtick is a way to bolster a career on television. Even though it’s worked for him at CNN, he has become a journalistic embarrassment.

For what it's worth, I think President Trump made a mistake by taking away Acosta's press pass. That only turned him into a martyr with other journalists coming to his defense. A better method would have been to ignore him at press conferences (and let the federal courts decide if that’s constitutional). To take questions from reporters who cover the White House for ABC, NBC, CBS, FOX, MSNBC and a lot of other news organizations â€“ but not from Jim Acosta.

Asked about the judge's ruling by Chris Wallace on Fox, the president said, "It’s not a big deal and if he misbehaves, we’ll throw him out or we’ll stop the news conference.”

And how exactly would he "stop the news conference"?

“I will say this, look, nobody believes in the First Amendment more than I do and if I think somebody is acting out of sorts I will leave. I will say thank you very much everybody, I appreciate you coming and I’ll leave,” Trump told Wallace.

Let's see how Acosta's fellow White House correspondents like it if, because of him, they can't ask any questions. Because of his pontificating and debating with Sarah Sanders or the president, the news conference comes to an abrupt end. Let's see whose side they take if that happens.

As expected, many news organizations filed briefs siding with CNN and Acosta. So did the Reporters Committee for Freedom of the Press and the White House Correspondents Association. Journalists routinely circle the wagons when their biases and motives are questioned. Besides, reporters figured if the White House can take Acosta's press pass, they might come after any one of them next time.

I just wish those journalists had added one simple line to their court filings backing CNN: "While we side with CNN and think Jim Acosta has a right to hold a White House press pass â€¦ we also think Mr. Acosta is a blatantly biased journalist who also is a grandstanding jerk who shamelessly thinks he's the story and the center of attraction and by hogging the microphone and making a fool of himself he makes all of us look bad."

Would that have been so difficult?

Have a Happy Thanksgiving everyone.