After Trump dossier revelation, FBI is next 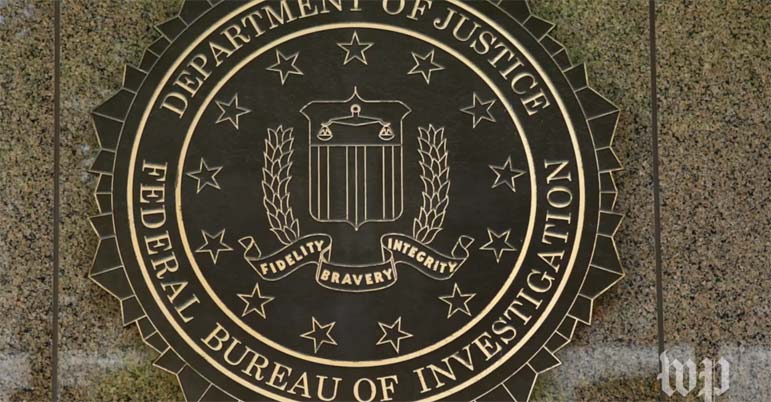 Investigators looking into the Trump dossier were not surprised when news broke recently that the Hillary Clinton campaign and the DNC, working through the Democrats' law firm, Perkins Coie, financed the "salacious and unverified" compilation of allegations of Trump collusion with Russia in the 2016 presidential campaign. (The "salacious and unverified" description comes from former FBI Director James Comey.)

There had been plenty of talk about the Democrats and Perkins Coie, so much that investigators almost assumed that was the case. But it wasn't until the Washington Post broke the story that it was confirmed.

"I'm shocked," one lawmaker joked upon hearing the news. "Who could have ever guessed?"

And why did the story break when it did? Credit the much-maligned Devin Nunes, chairman of the House Intelligence Committee. Nunes has been pursuing the dossier more aggressively than anyone else, and it was his Oct. 4 subpoena for the bank records of Fusion GPS, the opposition research firm that handled the dossier, that finally shook loose the information.

But knowing that the Clinton campaign, the DNC and Perkins Coie supported the dossier is not the end of the story. The most important next step is the FBI.

Sometime in October 2016 -- that is, at the height of the presidential campaign -- Christopher Steele, the foreign agent hired by Fusion GPS to compile the Trump dossier, approached the FBI with information he had gleaned during the project. According to a February report in the Washington Post, Steele "reached an agreement with the FBI a few weeks before the election for the bureau to pay him to continue his work."

It was an astonishing turn: the nation's top federal law enforcement agency agreeing to fund an ongoing opposition research project being conducted by one of the candidates in the midst of a presidential election. "The idea that the FBI and associates of the Clinton campaign would pay Mr. Steele to investigate the Republican nominee for president in the run-up to the election raises further questions about the FBI's independence from politics, as well as the Obama administration's use of law enforcement and intelligence agencies for political ends," wrote Senate Judiciary Committee chairman Charles Grassley.

In the end, according to reports, the FBI did not pay Steele. But the dossier did not go away. Indeed, in January 2017, Comey briefed President-elect Trump (and President Obama) on the dossier's contents.

In recent months, Nunes has been trying to force the FBI to reveal just what it did in the dossier matter. The intel chairman issued a subpoena to the FBI on August 24, and in the time since, not a single document has been produced to the committee. The FBI, and the Justice Department, have spent most of that time talking about possibly complying with this or that part of the subpoena. But so far -- nothing.

The same is true of Grassley's inquiries.

Republican investigators had two big questions about the dossier. One was who paid for it, and that now seems answered. (It was also recently revealed that the conservative publication Washington Free Beacon financed an earlier anti-Trump oppo project with Fusion GPS.) The other question was: Did the FBI or other agencies use any information from the dossier as a basis for warrant requests before the Foreign Intelligence Surveillance Court? In other words, did, say, the FBI use the dossier's "salacious and unverified" information to make the case that the bureau should be granted the authority to conduct intercepts?

Nunes, as well as Grassley and Senate Judiciary Committee colleague Lindsey Graham have been pushing for months for the FBI to answer that question. So far, they've gotten nothing.

When the Post story broke, some journalists noted that Democrats involved in the story had been lying about their role. "When I tried to report this story, Clinton campaign lawyer Marc Elias pushed back vigorously, saying 'You (or your sources) are wrong,'" tweeted the New York Times' Ken Vogel. "Folks involved in funding this lied about it, and with sanctimony, for a year," added the Times' Maggie Haberman.

Yes, they did. But the importance of the Democrats' involvement in the dossier is that it could be one step on the road to a bigger story. What did the FBI do with the dossier material? Did judges make surveillance decisions in the Trump-Russia investigation based in whole or in part on the dossier? To what degree is the "salacious and unverified" dossier the source of what we think we know about allegations of collusion between Russia and the Trump campaign?

In the end, a House subpoena squeezed the information out of the key players in the who-funded-the-dossier side of the story. But so far, the FBI has been much harder to crack.