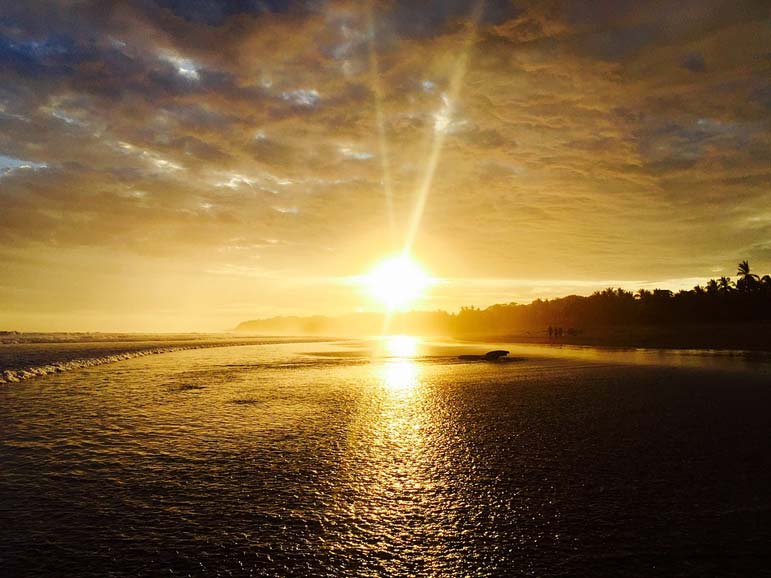 Bashert is one of those great Yiddish words that's been absorbed into modern American English.

The word, from high German, means fated, destined, kismet. We use it when we fall in love --- have we met our bashert (or basherta for feminine)? When we make a deal, buy a house or get a job in which everything falls nicely into place, we ask, "Is it bashert?"

When unrelated people and unexpected events come together, we raise our eyebrows: surely it was bashert. Isaac Bashevis Singer, who set much of his writing in this lost Eastern European Yiddish culture, once wrote, "On some level there are no coincidences." No doubt he was thinking of "bashert." And we nod our heads --- the puzzle pieces have come together.

A true bashert tale took place in the life of a friend, Doron Shapira, cantor for 24 years at Peninsula Sinai Congregation, in the San Francisco Bay area. Previously unknown to him, the Czech Republic town of Olomoc (pronounced O-lo-motz) would doubly intersect in his community and personal life.

One road led from the saving of 1,564 Torahs by the Nazi hierarchy. The Nazis planned to build a Museum to an Extinct Race in Prague and collected Jewish artifacts for this museum, including these Torahs, which the Nazis put into storage in Prague.

After the war, the Czech Communist government made these Torahs the property of the State. They remained in storage until 1963.

A Jewish donor, British attorney and philanthropist Ralph Yablon, then purchased and brought these Torahs to Westminster Synagogue in London, whose congregation established the Memorial Scrolls Trust.

The scrolls, many in poor condition by this time, were to be restored, then lent to active Jewish synagogues in need of a Torah but remain the property of this Trust. Meticulous records were maintained of the Torahs' provenance and where they were lent.

One of these saved Torahs was lent to Peninsula Sinai Congregation. The Trust's records showed the Torah came from Olomoc whose synagogue was burnt on March 15, 1939, the day the Nazis marched into the city.

For more than 20 years, Cantor Doron read from this Torah on holidays, on Sabbath and during the week. He knew the Torah had been saved from the Nazis but it had no personal connection to him.

About 350,000 Jews lived in Czechoslovakia before WWII. Today about 3,000 identified Jews live in the Czech Republic. Little had remained of the Jewish community that once existed in Olomoc since the 12th century. Less than 80 Jews live in the town today.

One survivor was Liesel Karpfen. Her father had read from the Torah on his Bar Mitzvah at the Olomoc Synagogue. Her family home was across the street. The family fled the Nazis and eventually settled in Los Angeles. She married and had children and grandchildren.

And here is where the bashert effect begins. One day, her granddaughter, Joselyn, met cantor Doron Shapira and fell in love. They married and now have three children.

Joselyn became interested in her genealogy and learned about her grandmother's birthplace. She even visited Olomoc before she was married and met some distant cousins.

But she did not know that the Torah in her synagogue came from Olomoc.

The synagogue then received a letter asking that the Torah be returned. Olomoc's Jewish community was being rebuilt. With donations from the congregation, the Torah was newly refurbished.

It was then Doron realized that he had been chanting from the same Torah that his children's great-grandfather had read from on the day he became a Bar Mitzvah. When the time came to return the Torah to Olomoc, Doron knew it was fated for him to help return it.

"These Jews who were supposed to be murdered are now back with their Torah. I have read from this Torah for more than 20 years. I am now returning it on behalf of my children, who are descended from that community."

For Doron, this was a larger pilgrimage. His mother, born in Danzig, grew up speaking German. The only memory his mother has of Danzig is walking next to her baby brother's carriage of and seeing a Nazi peer into the carriage. He spit into her brother's face. Her family escaped to Palestine when she was a young child. Doron was born in Tel Aviv.

Doron had never been in Germany. He told me, "We flew from the US to Prague via Frankfort. We had to get out of the plane and walk to the gate. I happened to be carrying the Torah. My first steps on German soil and here I am carrying a Torah. It was a mystical moment."

"The story speaks to you whether you are Jewish or not," Doron mused. "Regardless of what your religious tradition is or even if you don't have one, you become religious for that moment, when you hear this bashert effect. Everyone gets it. People tell me they get goose bumps when they hear about the Torah and my family connection."

After all, what are the odds of being an American cantor who has been reading from a Torah from a nearly destroyed Czech community and this turns out to be the same Torah from which his children's great-grandfather read?

"I get choked up thinking about it," Joselyn said. "People who died, who I learned about --- for the last few years I was in the presence of their Torah. I don't know how to express how special that is."

As Isaac Bashevis Singer said, "On some level there are no coincidences." And we nod our heads --- the puzzle pieces have come together.

Previously:
• My Dad's Private War Against Murder Inc.
• Up Against The Wall
• Idiot Proof sukkah Building
• Who's Buried in Grant's Tomb? An Unlikely Story of Transformation and Repentance
• Healing and Cooking
• Celebrating denial?