He Gave Peace a Chance 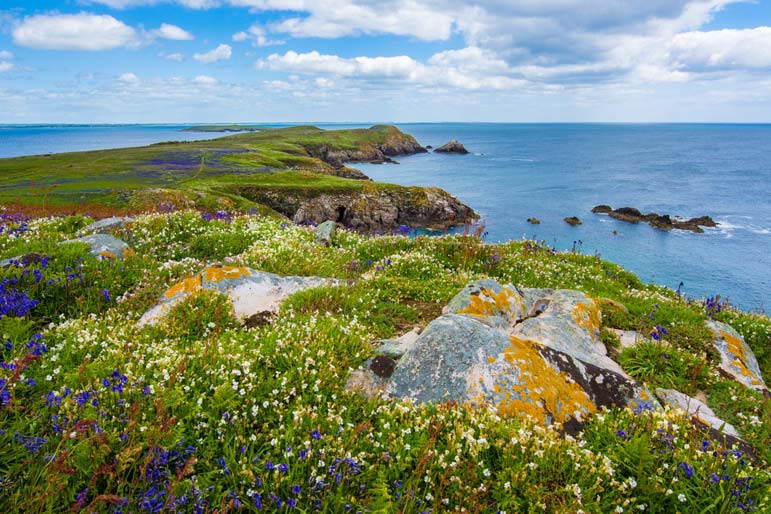 How a dark chapter opened up a bright future

After a 34-year run, Gerry Adams is stepping down as leader of the Irish nationalist party Sinn Fein. In a world ablaze with seemingly intractable political conflagrations, his story offers a whisper of hope that even the fiercest fires of discord can eventually be subdued by the waters of peace.

I witnessed a small part of the Irish conflict myself when I visited the emerald island in the summer of 1984. It was the midst of “the Troubles,” and central Belfast exuded all the charm of a city under martial law. Policemen on patrol wore flak jackets. An armored personnel carrier idled at a major intersection waiting for the signal to change. Blown out shells of buildings sprouted weeds, and street signs shouted, DO NOT LEAVE CAR UNATTENDED.

“Which are the bad parts of town, the ones I should avoid?” I asked the owner of the bed-and-breakfast where I passed my first night in the capital city.

She dutifully pointed out the Shankill neighborhood on my map and cautioned me to steer clear of it. I thanked her and, with sophomoric self-confidence, proceeded there directly. As I worked my way into the district, I discovered disturbing signs of contention: school yards surrounded by 20-foot fences topped by razor-wire, churches pocked with scars from automatic-rifle fire, and the uneasy quiet of a battlefield waiting for the next barrage.

From what I learned about the conflict, it seemed that each side had sufficient justification to ensure that the violence would continue on and on without end.

As early as 1171, English barons began seizing Irish lands for themselves. In 1541, Henry VIII of England declared himself King of Ireland, adding a poisonous strain of religious acrimony between Irish Catholics and British Anglicans.

By 1703, 90% of Irish land was owned by English lords, who enriched themselves while Irish peasants endured bitter poverty and, during the potato famine of 1845, starvation. Only in 1948, after generations of unrest, did the birth of the Irish Republic restore most of Ireland to the Irish.

However, the six northernmost counties voted to remain part of Great Britain. The majority of residents were the descendants of English lords, but they saw no reason to be stripped of their national identity because of the sins of their fathers.

Meanwhile, the long-suffering Catholic minority seethed at having been denied the liberation of their countrymen to the south.

In 1968, a series of protest marches led to riots and the first use of guerilla tactics by the Irish Republican Army. If they could not win freedom for Ireland through elections and negotiation, they would win it through terror.

Over the next three decades, 3,600 people lost their lives in violent clashes and bloody attacks, many of them orchestrated by Sinn Fein, the political wing of the IRA. And from 1983 forward, the face of Sinn Fein was Gerry Adams.

A TIME TO HEAL

Reviled by British leaders as either a terrorist front man or enabler, Mr. Adams struggled to navigate the treacherous straits between hardliners and advocates of negotiation. Some accused him of collaboration in murder, others of selling out his own people.

Whatever his faults or crimes, in 1998 Gerry Adams helped push through the Good Friday agreement, brokering the compromise that ended centuries of strife.

The greatest impediment to peace is often the will to make peace. Like it or not, we have to share our world with others who see the world differently, who have their own desires and dreams, who believe themselves justified in demands that contradict that strike us as anathema. As mutual hostility escalates, resolution seems increasingly impossible.

King Solomon warns: Do not say, “I will do to him as he has done to me and return upon others according to their own actions.”

When we demand what we believe we deserve, the frequent outcome is that we secure none of our demands. By giving up more than we want, we may end up with more than we ever believed we could get.

Once we recognize the advantage of peace over personal agenda, then the impossible becomes possible, and the ideal of peace has a chance to become reality.