How D.C.'s Dems have become irrelevant 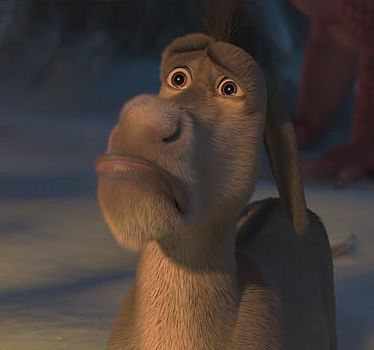 Perhaps you've heard a little something about President Trump fighting publicly with members of his own party. The media loves these he-said-then-he-said stories of political conflict. They're so easy to cover and self-destructive to the GOP cause. So they're churned out day after day, enabling this president to manipulate coverage through mere tweets and dominate consecutive news cycles.

This is important far beyond any political rooting interest. Our democracy needs at least two parties, two vibrant, imperfect, competing political organizations as a check on the other.

Perhaps Barack Obama's worst political legacy is the devastation he wrought on his own party, not by mean tweets but by making everything about him. He wanted Obamacare so badly Democrats obediently rammed it through Congress without a single GOP vote. Obama loved the sole spotlight of fundraisers so much he did on average one a week for eight straight years. And Democrats still lost everything, including nearly 1,000 powerful seats in state legislatures across the land.

To be sure, life in any congressional minority sucks. All it can do is obstruct and whine. If Democrats had any new ideas, which they don't, no one cares - not even their sympathetic media. That's because minority ideas are politically DOA.

But much of the party's enduring predicament is self-inflicted. Who leads Democrats today? Right. No one. Ex-Speaker Nancy Pelosi from California is 77. Her team includes Steny Hoyer of Maryland and Jim Clyburn of South Carolina. Hoyer is 78. Clyburn is 77.


Notice anything about this aged crowd, besides birthdates all before Pearl Harbor? They all come from coastal states, not that massive red area in between so full of economic hardship, simmering discontent and frustrations. Trump didn't create that volatile voter cocktail, but he sure tapped into it. And still does daily.

In the Senate, New York's Chuck Schumer rules Democrats. The spring chicken at 66, he took over from Harry Reid, who turns 78 next month. Then, there's Hillary Clinton, another coastal New Yorker. She's 70 and declined to campaign last year in such unimportant places as Michigan and Wisconsin that cost her the election. Out of touch much?

Now comes Dianne Feinstein of - wait for it - California, the most populous and arguably most reliably liberal state that wouldn't know a heartland Main Street unless a limo driver pointed out the sign.

Supporters argue her seniority brings great clout. But it also comes with long-term costs. Born during the Great Depression, Feinstein does not embody the values of today's angry, younger progressives.

One could argue such struggles and periodic purges are part of a natural political rejuvenation within a healthy democracy. Unfortunately, this time they're widening the gap between the expanding extremes of both parties, reducing any likelihood of another characteristic of a healthy democracy, compromise.

Witness all the major legislative achievements of this year's Congress, which are, uh, nothing.

Americans' approval of Congress' job performance is nearing single digits, which is basically members, their families and friends. In modern times Americans prefer divided government, one party occupying the White House and the other controlling one or both houses of Congress.

Previously, when each party was less polarized to extremes, legislative compromises were more viable. With moderates on both sides losing or retiring in frustration, gridlock sets in.

Fifty-three weeks from now, in the 2018 midterms, history and premature polls indicate Democrats may well win back majorities in Congress.

But that won't be because of anything Democrats did. It will be because of who they aren't. They aren't Republicans, who blew their shot at ruling the entire swamp, let alone draining it.