By Erin Stewart The Deseret News 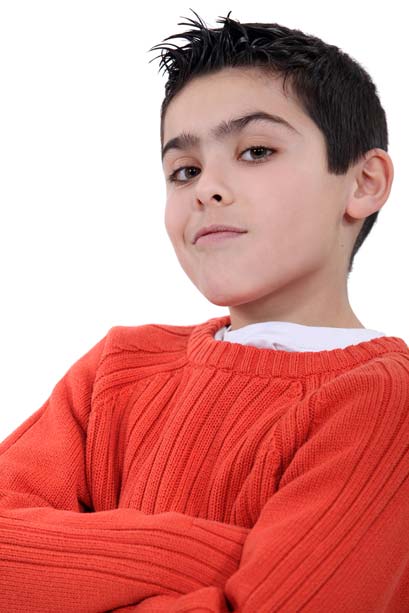 We are battling brattiness at our house.

Nothing too major, just the occasional back-talking, not-listening, I'm-the-queen-of-the-world kind of stuff that creeps in slowly until I throw up my hands and ask my husband, "Where did we go wrong?"

Well, like most parents, we didn't go wrong all at once. No single action caused our children to suddenly be bratty. Instead, I think every family has to go through the occasional tune-up wherein they assess if their discipline has become inconsistent, maybe quality together time has dipped, or whether a child's behavior has been allowed to go unchecked for too long.

For us, I think it was a combination of all these things because we have a newborn who needed a lot of attention, then that newborn turned into a crawling put-everything-in-my-mouth maniac who needed attention, and so our regular parenting style became somewhat more lax by necessity.

And now we're paying the price in the form of eye-rolls and constant bickering over "who had it first."

So while I want to simply inform my kids that bratty behavior will no longer be tolerated, it's not that simple. First, I have to take a look at my own behavior and nix the things that allowed the bratty takeover in the first place.

1. Negotiating with terrorists. It has long been our policy that we do not negotiate with our children. But lately I have started engaging in such back-and-forth conversations because I'd rather give in a little than deal with a meltdown. I know this needs to stop because once my kids know I'm pliable, they will stretch me in half.

2. Pulling on my heartstrings. I used to be a steel wall on this one, but lately I've been extra vulnerable to the puppy dog eyes and the crocodile tears when my kids have to endure the unmitigated torture of tasks like cleaning while their friends are out playing. In these moments, when they turn to me, cheeks stained with tears that magically dry up when I give in, I have to remind myself that they could have put those dirty clothes in the laundry basket (instead of inexplicably 6 inches from it) the first time, and it's not my job to clean up their mess so they can play.

3. Wishy-washy discipline. Kids crave consistency. Even if they don't know it, they want boundaries and actually thrive when the rules are clear and constant. When we had one child, I was the master of consistent, logical consequences. You throw food, meal time is over. You throw a tantrum at the zoo, we go home. You act mean to someone, I can't trust you to go to a friend's house today. Now, with three kids, it is so tempting to do whatever is easiest in the moment. But I know I have to stay strong because inconsistent parenting is the No. 1 inducer of brattiness. Kids believe they can wiggle out of consequences, or worse, believe I'm not confident or strong enough to actually follow through.

While helping my children actually learn from bad behavior takes a lot more effort and time, it will only save me in the future. And with one daughter barreling headfirst into the preteen years, I'm going to need all the anti-bratty tactics I can muster.

How do you combat bratty behavior in your house?