Charlie Rose, the time for honoring yourself is at an end 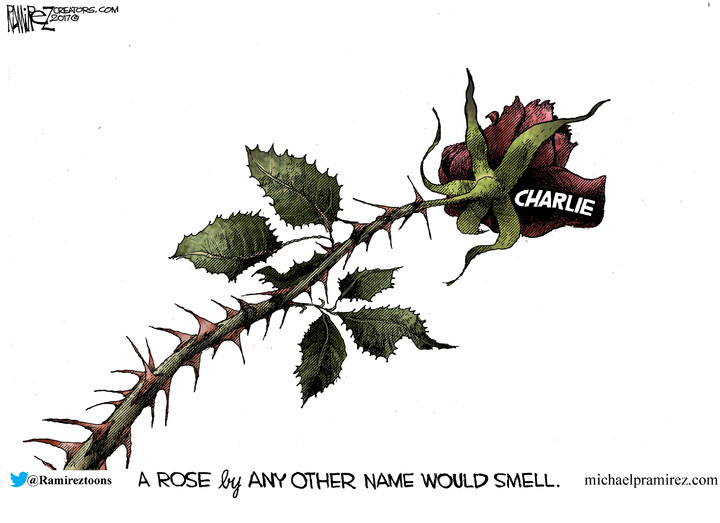 Creepy old has been fired, another in what appears now to be a never-ending line of older, more powerful men sexually harassing young women.

Rose, famed but now terminated and broadcaster, is of a generation of celebrity geezers who thought status could shield them from consequences.

But now Rose is done. He was the liberal voice of Beltway conventional wisdom and full of himself. All you had to do was watch him for five minutes making those faces, pursing his lips, his mock concern, his theatrical gravitas, to know it.

The same goes for so-called conservative , who prided himself on being old-school. Like Rose, he was an untapped reservoir of natural gas. He's done, too, for the same reason.

They couldn't keep their hands off women at work. And they loved themselves so much that their narcissism was a hot poker in their own eyes. They blinded themselves to reality. And reality bit them.

The broke the Charlie Rose story with the accounts of eight women who said they were groped, grabbed, rubbed and subjected to other unwanted sexual advances -- even a wrinkly Rose leaving his bathrobe untethered.

In a follow-up the other day, the newspaper quoted Rose in a 2015 commencement address to graduates of .

What's the word for walking around with your bathrobe open in front of young women?

Because that's in the Charlie Rose story, too -- Rose thinking that young women in his employ, women who wanted careers in journalism, might find a wrinkly old man with his bathrobe flapping open attractive.

People like Rose use words like "integrity" and "truth" as if they are fabric. They make costumes from such cloth and play dress-up and let's pretend.

But you put your hands on a young woman, and chances are that young woman has brothers, a father, cousins. In the best of possible worlds, those fathers, brothers, cousins, husbands put their hands on you. And you end up crawling on the floor, unable to breathe.

Yes, I suppose it's sexist of me to think of it this way, or old-fashioned or patriarchal or ethnically tribal or some other sin or thought crime that I haven't figured out yet.

But that's how many of us were raised, to treat every young woman with respect, and to remember that she has a family, with brothers and cousins. And that she and her family are as worthy of respect as your own.

And so it would have been satisfying if some cousins or brothers beat the living crap out of Rose, and O'Reilly before him.

Nothing homicidal, just a tune-up, enough so Rose would heave his breakfast on his carpet and crawl panicky on all fours, his open bathrobe flapping in the wind, gasping for air, Rose making funny sounds, pleading.

"Once in the homicide unit, a sergeant was on the phone," said a retired police detective. "He was Italian, and so his free hand was flying around and he was upset. He ended the call and one of the guys asked, 'What's wrong Sarge?' He said 'Some SOB is bothering my daughter.'

"Four detectives jumped up at once. 'We'll take care of it.' The sergeant held both hands up, palms out, 'No, no, no,' the sergeant said. 'It's not that serious.'"

Violence is never an appropriate answer. My editors tell me so, and therefore it must be true. And I'm not advocating violence. I'm not a violent person myself -- actually I'm more of a complete fraidy-cat who couldn't punch his way out of that proverbial wet paper bag -- but it is something to consider.

Because at bottom, what drives these cowardly men in and in politics and journalism is that they love themselves so much, they think they're untouchable.

"Women don't want to run to their fathers or brothers when something like that happens," said a female friend of mine. "We want to keep our jobs. We don't want a big blow-up at work."

Another woman told me that at another job years ago, a supervisor at a steel mill put his hands on her. She slapped the hand away but didn't tell her husband or her brothers.

"You tell them, then they come down and it gets out of hand," she said. "Somebody gets killed. For what? For a piece of garbage?"

Of all the hideous things Rose was accused of doing to young women in his employ, there was also his ridiculous statement.

"I do not believe that all these allegations are accurate," Rose's statement read in part. "I always felt that I was pursuing shared feelings, even though now I realize I was mistaken."

You're an old geezer with saggy skin, your bathrobe flapping open, and you think young women "shared" your "feelings?"

Remember that at the 2015 commencement address, Rose asked the graduates to think of what they wanted to be remembered for at the end of their lives.