Whatever doesn't kill Trump only makes him stronger 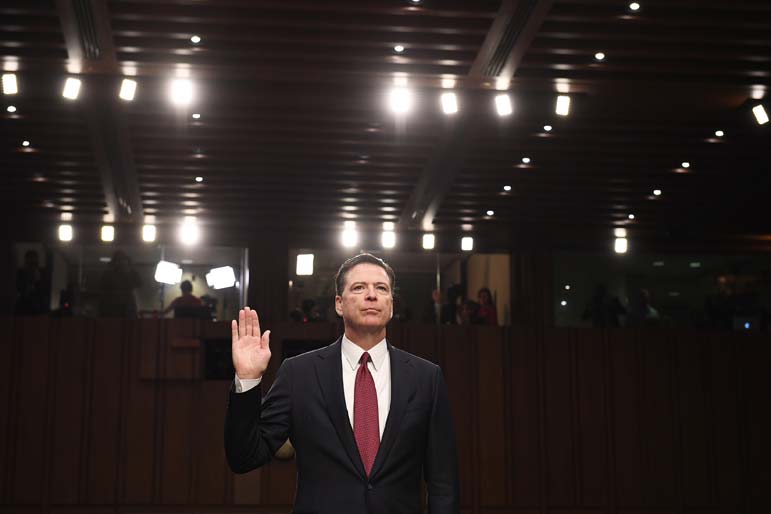 Donald Trump presides as he campaigned. He is proving a Nietzschean figure in the sense that "what does not kill him makes him stronger."

Each time the media, Republican enemies and the Democratic opposition seem to have Trump on the ropes, the president emerges far less wounded than his critics. The list of felled detractors includes: the National Football League, Debbie Wasserman-Schultz, Kathy Griffin and John Podesta.

Former FBI Director and Trump critic James B. Comey has imploded his career. In "Alice in Wonderland" fashion, the president's sloppy tweet about having his "wires tapped" in Trump Tower "by Obama" eventually may prove true in the sense that Obama administration officials swept up Trump and others on the pretext of investigating purported collusion.

Hillary Clinton, who a year later insists that Russian collusion helped lose her the election, is now, in Greek tragic fashion, vulnerable to similar charges. (See the "Uranium One" scandal.)

In late 2016, news celebrities informed the American people that the so-called Steele/Fusion GPS dossier was fatal to Trump. In fact, its unproven smears are beginning to boomerang on those who in highly partisan fashion once insisted that they were accurate.

Trump has also found himself in crude feuds with those in his own party, specifically Sens. Jeff Flake, Bob Corker and John McCain.

The first two have now decided not to seek reelection, ostensibly for principled reasons. But in truth, both would have almost no chance of winning their primaries given their harsh opposition to Trump and his legislative proposals.

Why does Trump, who suffers poor approval ratings, seem to always land on his feet while his critics do not?

1) Trump is at home in bare-knuckle brawling; his opponents are often not. When they try to slog it out, they seem sadly out of character, while Trump appears at ease.

2) The hysterical hatred of Trump blinds his critics to empiricism and disinterested inquiry, which might have otherwise warned them there was little hard evidence of - for

example - Russian collusion and other smears in which they have trafficked. 3) Trump has some solid achievements. For example: conservative judicial appointments, an improving economy, a top-notch national security team, deregulation, radical decreases in illegal immigration, the routing of Islamic State, a robust stock market, increased consumer and business confidence, low inflation and unemployment, booming energy production. These "wins" compensate for his personal unpopularity.

The president's critics may score points, and he's not personally popular, but most of Trump's agenda polls over 50% with voters. So far, denigrating Trump the messenger has been offset by Trump's far more popular message.

Trump's eventual fate lies not in his tweets and tiffs, but in the economy and crises abroad. If he achieves economic growth and avoids optional wars, his party will do well in the 2018 midterm election and he will have a good shot at reelection. If not, he won't.