Emotionally satisfying, sure. But GOPers should not take the bait of 'lock her up' 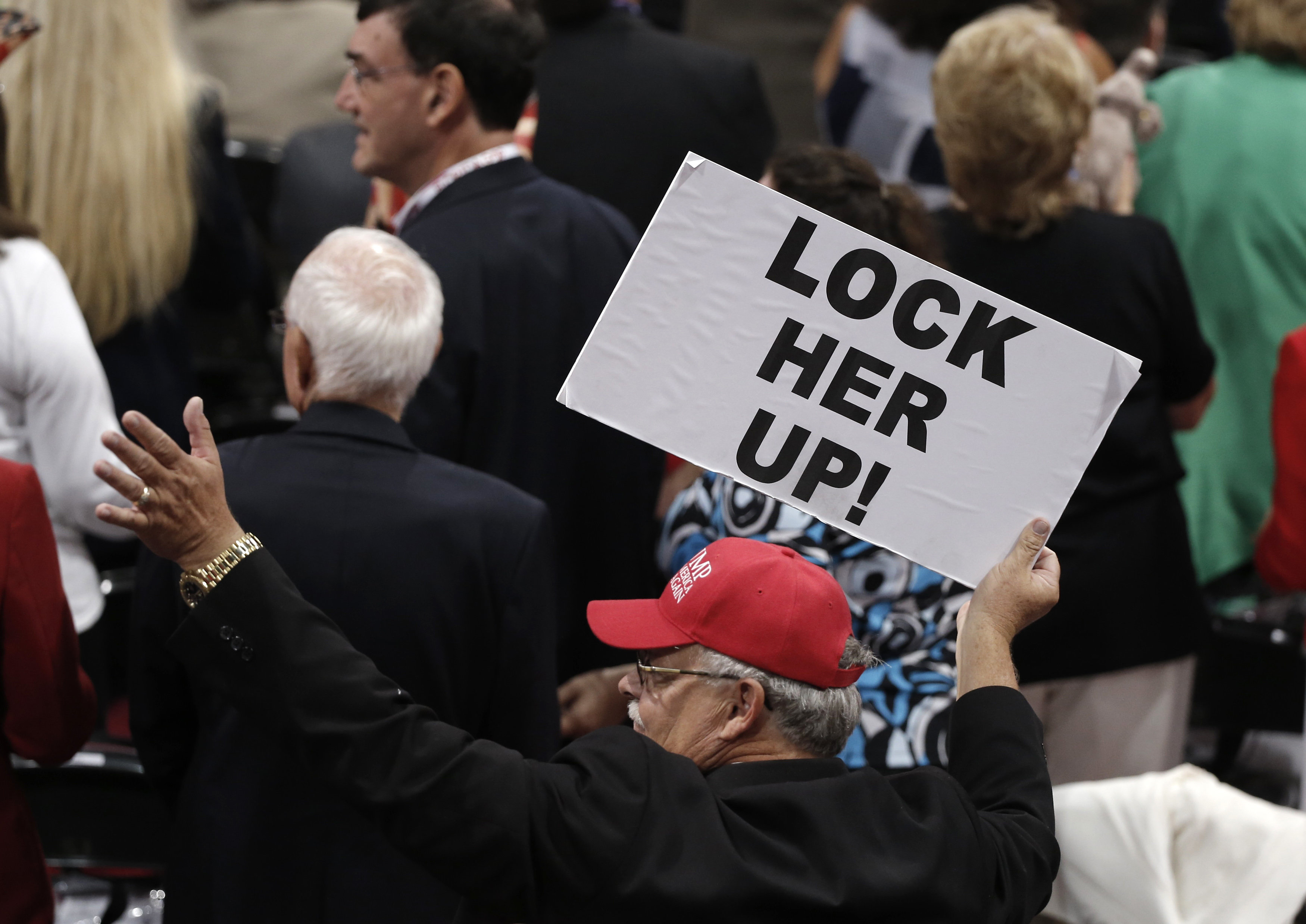 The Washington Post reported Monday that Attorney General Jeff Sessions is considering the appointment of a second special counsel to investigate "a host of Republican concerns." As a Republican, I hope Sessions doesn't have to do this. I say have to, because he won't do it unless there is a compelling case. I want nothing to come of this. Some Republicans may think a special prosecutor investigating all things Hillary Clinton is the mother-load, but it is just fool's gold. The criminalization of our politics needs to stop - not just because it further erodes America's political fabric, but because it is bad politics for Republicans.

No prosecutor should waive the law or withhold investigations when there is serious evidence of wrongdoing. But rehashing grievances surrounding an election that Republicans won is not worth the price of undermining the governing process and using our hold on the White House and Congress to do anything other than produce results that voters need and hopefully will appreciate. Another special counsel sideshow won't help.

This is exactly where the liberal mainstream media wants Republicans to go. Democrats and their allies in the media don't want to talk about issues. They feed on a steady diet of self-inflicted wounds ranging from the president's wild tweets to the Roy Moore disaster in Alabama. We don't need to give them more excuses to avoid talking about taxes, jobs and the economy. And let's all remember the wise words from former attorney general Michael Mukasey who told The Post last year, "It would be like a banana republic. . . . Putting political opponents in jail for offenses committed in a political setting, even if they are criminal offenses - and they very well may be - is something that we don't do here." Well said.


At a time when the generic congressional ballot favors Democrats by nearly 10 points, Republicans cannot afford to do anything but focus on what matters to voters. We simply won't add to the coalition needed to win next November by harassing Clinton or chasing former FBI director James Comey and Loretta Lynch around the block.

Responding to calls by House Judiciary Committee Chairman Bob Goodlatte, R-Va., for the appointment of a second special counsel, Assistant Attorney General Stephen Boyd wrote that Sessions would consider the recommendations of senior federal prosecutors "as to whether any matters not currently under investigation should be opened, whether any matters currently under investigation require further resources, or whether any matters merit the appointment of a Special Counsel." That sounds appropriate, measured and deliberate. Republicans should avoid the temptation to incite the mob.

Hopefully Monday's article was a little ambitious and nothing will come of it. However, when it comes to President Donald Trump, I fear that news like this will be like waving a red flag in front of a bull. He will probably think it's a great idea and increase pressure on Sessions at a time when he has more important things to do. But the fact is, Clinton is irrelevant. Let's keep her that way.