For Trump haters, Monday's indictment was a sugar cube --- not a full meal 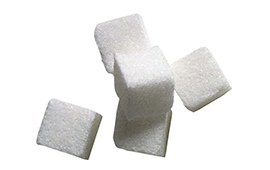 I almost went into hiding Monday after news broke about Paul Manafort, Richard Gates and George Papadopoulos. It seemed like a mob was beginning to form around anyone who was ever skeptical about the Trump collusion story. Well, I'm still skeptical.

I'm reminded of the Roman guard in the stoning scene from Monty Python's "Life of Brian." There is going to be a stoning - and there are a few rocks in the air - but Monday's announcement was not tantamount to special counsel Robert S. Mueller III blowing the whistle. And I'm not sure a stone will ever directly hit President Donald Trump.

The mainstream media's news coverage of the indictments, starting with CNN, was intimidating to any fair-minded person. The faux-anguish, gasping, overreaching and, at times, spittle-filled (spittle seems to be a word that has been in the news a lot lately) coverage was a frenzy.

Even reasonable Democrats and liberals that I spoke to and emailed with were swooning. A few even went on to rant that impeachment was at hand. They thought the heavens had opened and that their prayers had been answered, and the end of Trump had been delivered on a silver platter. Or at least the end was in sight.

For starters, the indictment against Manafort and Gates concerns events and schemes that predate their involvement with Trump's campaign. And the young man - Papadopoulos - who pleaded guilty has been dismissed by the White House as a nobody. During the campaign, he tried and failed to set up meetings with Russians. The indictment spells out his feckless effort to repeatedly arrange meetings that higher-ups in the campaign refused to take.

With that said, a big nobody wearing a little wire can lead to great havoc. It will be interesting to learn who Papadopoulos has talked to and what equipment he has been wearing since his deal with the prosecutors was completed.

But for those hoping this was Mueller's opening shot at the president, it clearly missed. Again, I know there is more to come and there are serious consequences for others involved, but as it relates to the Trump presidency, the indictments are not a direct hit. So, I hate to say it, but those who want to celebrate Trump's demise will have to calm down.

The Trump haters were handed a sugar cube Monday, not a full meal. For those hoping this will finish Trump, the best thing to come from the indictments was how broad of a scope Mueller now sees in pursing his mandate and that the question of collusion seems to be tangential to his investigation.

Simply put, how far will Mueller go in looking at past Trump actions? Are tax matters and business dealings that predate his presidency, ah la Manafort, fair game for the special counsel?

Mueller, it seems, is on the march to nobody knows where.