They Hate Us. They Really Hate Us 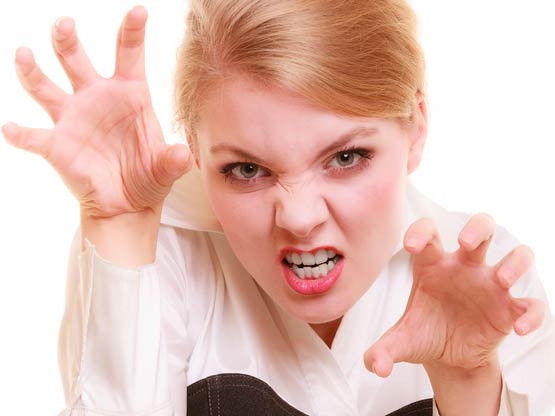 On the anniversary of Donald Trump's victory, many conservatives were delighted watching the outrageous video meltdowns of the leftwing media.

They should be afraid rather than amused.

The anger and disappointment over Hillary Clinton's 2016 loss is not only unprecedented, it's inexplicable. These are supposedly intelligent, educated professionals and yet their anguish has in some cases turned to unbridled hatred towards the voters who dared to think for themselves.

We have been labeled deplorable, moronic, racists and despicable even though these so-called failed political prognosticators have no idea who we really are.

Here are a few snippets of a column that Nation columnist Katha Pollitt wrote for the New York Times Book Reviews titled Year One: My Anger Management. She unleashes pure venom and her anguish in a publication she believes we dumb deplorables never read. Wrong- in fact we do the Sunday crossword puzzle with a pen:

"But the main difference is that I hate people now. Well, not all people, of course. Just people who voted for Trump. People who do their own "research" on the Internet and discover there that President Obama is a Muslim and Michelle Obama is a man. People who use the n-word and can't even spell it right, because---have you noticed?---Trump supporters can't spell. Well-off people who only care about lowering their taxes. People who said they couldn't vote for Hillary because of her emails. Excuse me, sir or madam, can you explain to me what an email server even is? People who didn't believe Trump would bring back coal or build the wall or Make America Great Again, but just wanted to."

It's a good thing we do our own research because we certainly aren't getting the truth from the mainstream media's fake news. As for those ridiculous conspiracies on the web, nobody views them as credible only the liberal left wing that probably created them for Media Matters and other Soros inspired groups.

So we Trump supporters can't spell? I think she's just revealed she doesn't know about the word 'nigga' that all rap artists use. Talk about being elite. Does she not know that many Trump supporters are doctors, lawyers, professors, computer experts and real people who work for a living? We're not all well-off at all but don't expect the government to make us rich. We just want it to let us keep more of what we earn and stop spending it on people here illegally.

"I hate people who spent the whole election season bashing Hillary in books and articles and Facebook posts and tweets, and then painfully, reluctantly dragged themselves out to vote for her, as if their one little, last-minute ballot cancelled out all the discouraging and dissuading they'd spent six months inflicting on people. I especially hate everyone who thought that electing a reactionary monster would be okay because it would---or could, or might, who can tell?---bring on the revolution."

It certainly did bring on the revolution in the resistance movement of paid militant protesters trashing and burning buildings while beating Trump supporters. Hate spread and created a fake anti-fascist movement that is the epitome of fascism.

"And of course, I hate myself, too. That's how hate works. I didn't do enough. I donated the max but I could have given more, I could have written more and better, I could have gone to Pennsylvania as I did for Kerry and Obama. What was I doing instead that was so important? I don't even remember. I suppose, like almost everyone else, I thought she would win. So really, Trump's victory is my fault, too. And so is the fact that every day my mind is full of him with his absurd tweets, his jibes and jeers and boasts and lies, tromping through my brain in his lumpish, lumbering way. TRUMP trump trump trump, TRUMP trump trump trump."

Oh brother. Maybe, Katha, in the back of your fevered brain, you realized how insane it was for your party to nominate such a despised candidate who was so corrupt that even the mainstream media couldn't cover up her negatives. The very idea that her sexual predator, alleged rapist husband, Bill, would be back in the Oval Office he defiled was unthinkable to many of us sane voters.

We dumb deplorables are very savvy about computer servers and the very idea that as Secretary of State she chose to have one containing classified information in her own home meant only one thing-hiding nefarious deals she had made. You may have a very low opinion about our intellectual prowess but that sums up what we feel about liberals who ignore the truth that was in plain sight. If you had read

Clinton Cash: The Untold Story of How and Why Foreign Governments and Businesses Helped Make Bill and Hillary Rich, you would have known as we did about Uranium One and how Hillary sold out this country's security for money.

Now that Harvey Weinstein and other Hollywood icons are finally having their sins exposed, I think back to that effort to scald candidate Trump with that â€˜pussy' tape and why it failed. At the time Trump used that locker room language with Billy Bush, he was a billionaire playboy who was in fact acknowledging that there were women who would let him do anything and he was right.

Donald Trump may not have been our first choice but he has turned out to be a wonderful leader who loves our country and that is so refreshing after eight years of an administration that didn't care for it at all.

Hate is soul corrosive and an emotion I have avoided in many of my decades of life. I never hated Barack Obama or wished him ill. I did loathe his policies which I found destructive and recognized them as Marxist as soon as he started appointing Czars to his administration. While media lapdogs worshipped him and named him one of the most intelligent presidents, most of us found him to be considerable less because we knew his gaffes were only covered on the Internet and there were many. As for believing that he was a Kenyan, it was Hillary Clinton's minions, not Donald Trump, who instigated that rumor when she ran against him in 2008. It would have been smarter to put that rumor to rest if Obama hadn't made sure that so much of his past has been sealed.

Those media meltdowns may be very amusing to some but I find them cringing because they prove that the Fourth Estate has lost the essence of journalistic ethics. Who, what, where and when for the traditional standard of reportage has been replaced by â€˜we'll tell them what to think â€˜cause we're so much smarter and we hate them anyway."

Letting go of this hate should be their first step to recovery. We deplorables need to stop laughing at them and pray that they do.