Not sure what to be grateful for? Try these ideas 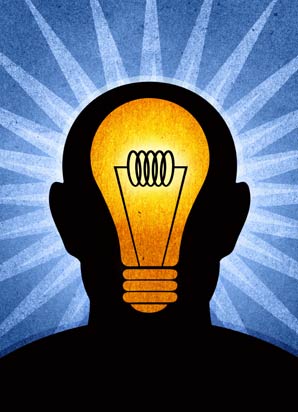 It's Thanksgiving, when many of us will gather with friends and relatives in a spirit of gratitude and fellowship. If your family is like mine, at some point during the meal, someone will suggest that each person at the table say what he or she is thankful for this year. I'd like to offer some suggestions for those who might have trouble coming up with an answer. Here, in no particular order, are a baker's dozen of reasons to be grateful this Thanksgiving:

• We can be grateful that over the past three decades, the proportion of people on the planet who live in extreme poverty has fallen from 42 percent to a bit less than 11 percent. We aren't where we should be, but it's important to give thanks for such progress.

• We can be grateful for music, and for art.

• We can be grateful for the announcement this year that researchers have created metallic hydrogen. If the substance proves to be as powerful a superconductor as scientists predict, it could revolutionize the delivery of electricity to homes (essentially no loss from heat) and transportation (imagine -- no joke! -- high-speed levitated trains) and more.

• We can be grateful that although publishers moan about the dying fiction market, the existence of high school keeps young people reading serious literature. An appreciation of literature is crucial to democracy's success.

• We can be grateful that those who run football are finally being forced to take seriously the problem of concussions, especially among young players. (Granted, the professionals do not yet take it quite seriously enough.)

• We can be grateful for the wisdom of the great philosophers. I enjoy perusing their works in my spare time, and lately have been rereading Judith Shklar's fine 1984 book "Ordinary Vices," a defense of the importance to genuine liberalism of good character. (Very timely!) Although Shklar offers lovely insights into such personal failings as hypocrisy, betrayal, misanthropy and snobbery -- her skewering of campus snobs is a gem -- she identifies cruelty as the most dangerous vice, and warns how easily we stumble into it in everyday discourse. There's this beautiful line, nicely supported by her historical account: "Snobbery and racism ... belong to the same family: cousins."

• We can be grateful (speaking of sci-fi) that medical tricorders may soon be a reality.

• We can be grateful that whether one is #nevertrump or #maga, we keep having elections as scheduled, and we live in a country where the loser never orders the armed forces into the streets. (Granted, the loser often litigates, but that's part of our eerie national fixation on courts as dei ex machina. There's still time to grow out of it.)

• We can be grateful that for all of the controversy about campus activists who, sometimes with the best of intentions, press for a narrower range of permissible opinion at the very institutions where debate should be most open, the U.S. still possesses, by many measures, the best system of colleges and universities in the world.

• We can be grateful that our species has never stopped contemplating its place in this remarkable universe -- and, God willing, never will.

• We can be grateful for the faces around the Thanksgiving table -- each one of them a flawed, magnificent human being, just like us -- and for the lives of those who are with us no longer. So, most of all, let's be grateful for one another.