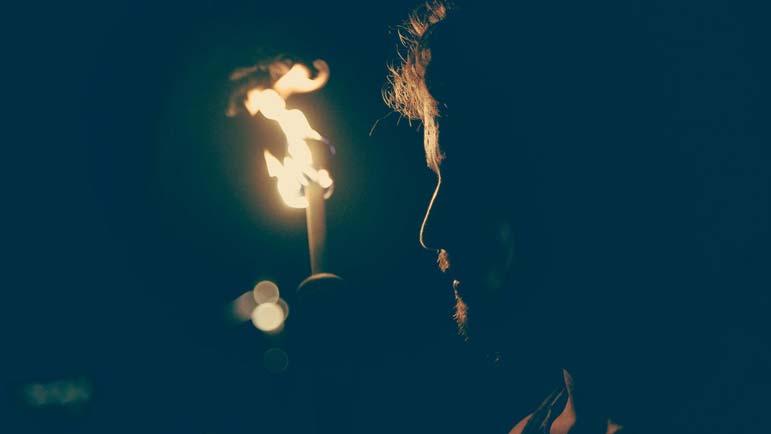 George Washington was 43 when the Continental Congress placed him in command of the fledgling army that would eventually drive the British out of their American colonies. At 55, the general presided over the fractious convention that produced the most durable constitution the world has ever seen. He then served two terms as the nation's first president, leaving office for the last time at 65.

Abraham Lincoln moved into the White House shortly after his 52nd birthday and guided the nation through a terrible civil war. Along the way, he ended slavery, started the Transcontinental Railroad, expanded higher education and delivered two of the most eloquent speeches in human history. When he was assassinated on April 14, 1865, he was 56.

Theodore Roosevelt, governor of New York at 40, was persuaded to run for vice president after just a year in office. When an assassin cut down William McKinley, Roosevelt became president at 42. His vigorous and effective leadership was the sun at the dawn of the American Century. He left office at 50.

A distant cousin, Franklin D. Roosevelt, was 51 when he became president after crippling polio delayed his career. FDR led the United States through two of its darkest crises, the Great Depression and World War II. He died in office at 63.

If our four best presidents entered office at an average age of 50, why am I reading about potential candidates for 2020 who will be in their 70s? Former Vice President Joe Biden says he is thinking about making a run. If he won, he would take office at 78. Sen. Bernie Sanders, I-Vt., has been touted as a front-runner for the Democratic nomination. He would be 79.Sen. Elizabeth Warren, D-Mass., beams as throngs of Democrats chant her name. If she runs and wins, she would take the oath at 71.

Until Donald Trump came along, the United States had never sent a septuagenarian to occupy the Oval Office. (We did keep one there in 1984, when Ronald Reagan was re-elected at 73.) We've sworn in more than twice as many presidents under the age of 50 as over the age of 65. That serious people are discussing candidates who would be pushing 80 is unprecedented - and sclerotic for our political system.

My point is not to disparage the elderly, for I am rapidly becoming one myself. But no thriving society finds its fresh thinking among its oldest leaders. The wisdom of years is a check, not an engine. Though age takes its toll in different ways on different people, in the aggregate the science is clear: Mental agility, executive function and creativity all tend to decline as we pass through middle age.

A nice summary of the research, published by the distinguished Dana Foundation, noted: "Older adults tend to be slower in conceptualizing and less ready to change strategies when circumstances shift."

Studies have found that the brain reaches its peak processing power by age 20. (Other mental peaks come as late as 40 or beyond.) This youthful period of high performance is associated with creative lightning bolts: the physics of Einstein, the poetry of Keats, the music of Lennon and McCartney.

Admittedly, leadership is not a simple matter of speedy thinking. It also requires enough knowledge and experience to make wise decisions, as well as the savvy to read people and situations. For the gifted leader, though, a little experience goes a long way. The Rev. Martin Luther King Jr. was only 39 when he was murdered, younger than any U.S. president. Yet few could match his ability to inspire, to frame the debate, to match strategy with tactics, to seize the moment and to hold coalitions together.

Indeed, a point arrives for most of us when additional experience no longer produces better decisions. Our brains seem to filter out information that doesn't fit neatly into our existing worldviews. In problem solving, University of Arizona brain researcher Elizabeth Glisky has written, older humans "tend to rely more on prior knowledge about the problem domain and less on new information."

Which might explain how a president in the 21st century could think that coal mining is a key to America's future.

Rapidly changing modes of living and working call for leaders at the peak of their creative and conceptual powers. And decisions that will shape lives long after the baby boomers are gone should not be made by boomers and their older siblings. We're passing a lot of red ink and unsolved problems to the next generation. We should pass the torch, too.