With question-leaking, CNN has a scandal on its hands 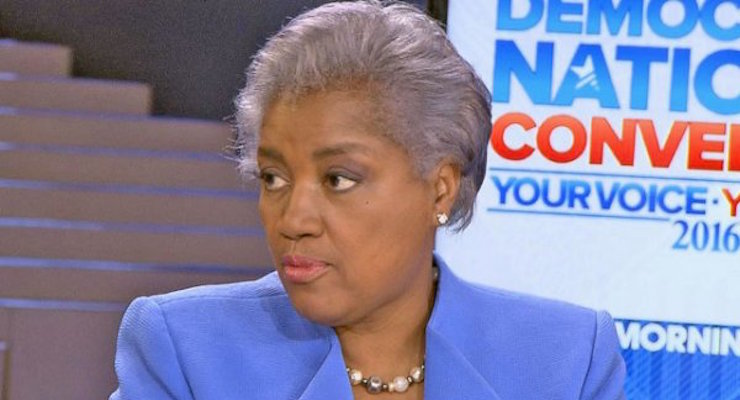 As a matter of course, CNN is careful about providing details on the bios of its guests and its paid political commentators. When former Donald Trump campaign manager Corey Lewandowski straps in for a segment, for example, he's introduced as Donald Trump's former campaign manager -- and the disclosure even extended to the severance payments he was receiving earlier in the campaign.

Same with former paid commentator Donna Brazile -- she was carefully identified as a vice chair of the Democratic National Committee. The same rules apply to the many, many other talking heads who have helped CNN roar in the ratings during campaign 2016.

The idea behind the disclosures is that viewers know the views, loyalties and biases of the people who populate CNN airwaves.

WikiLeaks is teaching the viewing public of another way in which political hacks can hijack a cable news network's on-air presentation. This month, the memo- and email-releasing organization exposed how Brazile herself had passed along to the Clinton campaign a question that was under consideration for a town-hall event to be televised on CNN. "From time to time I get the questions in advance" was the subject line of the March 12, 2016, email from Brazile. It appears that Brazile secured the question from CNN's partner in the town hall, TVOne, and not from CNN's own vaunted question-preparation team.

Now for another instance of Brazile's journo-politicking. In a March 5, 2016, email, Brazile told two Clinton aides the following in the windup for a Democratic presidential debate between Clinton and Bernie Sanders in Flint, Michigan, on March 6, 2016:

"Her family has lead poison and she will ask what, if anything, will Hillary do as president to help the ppl of Flint.

"Folks, I did a service project today. It's so tragic. And what's worse, some homes have not been tested and it's important to encourage seniors to also get tested."

A transcript from the next night's Democratic presidential debate on CNN featured a similar scenario. A woman asked Clinton how she would restore trust in the government. That's not exactly a stealth inquiry, but still: Any heads-up to a candidate is an embarrassment to a news network.

Following the revelation of this additional bit of help to Team Clinton, CNN spokeswoman Lauren Pratapas released the following statement: "On October 14th, CNN accepted Donna Brazile's resignation as a CNN contributor. (Her deal had previously been suspended in July when she became the interim head of the DNC.) CNN never gave Brazile access to any questions, prep material, attendee list, background information or meetings in advance of a town hall or debate. We are completely uncomfortable with what we have learned about her interactions with the Clinton campaign while she was a CNN contributor."

How can CNN straight-facedly make the claim that the network never gave Brazile access to questions? It's actually not an outlandish claim: In the case of the town-hall event, she got the question from a contact at TVOne. And in the case of the Flint debate, Brazile appears to have been doing some reporting -- that is, talking to people in the community, as she referenced in her line about the "service project." A CNN source says that Brazile was having "lots of conversations with the community."

We've asked CNN why it hadn't announced earlier that Brazile had resigned as of Oct. 14. That was just a few days after the first question-sharing story surfaced, and a day after CNN host Jake Tapper blasted the incident on a radio show. Brazile over the summer was suspended from her CNN contributorship because she'd taken over as interim chair of the Democratic National Committee. Now CNN wants you to know that she won't be back.

That's a necessary but insufficient step for the network. It still needs to account for its addiction to political types crowding its payroll and crowding out honesty and journalism on its unwieldy panel discussions in its campaign 2016 coverage. The problem is bipartisan. On one side, there are Lewandowski and Trump surrogates, who are paid to weigh down broadcasts with dumb and sometimes inaccurate commentary; on the other side are Clintonites. As we reported over the summer, a key Clintonista -- paid CNN political commentator Maria Cardona -- pre-checked a draft of a CNN op-ed with the DNC before publishing it; Brazile did what she did; and who knows what other mission-shaming chicanery came off the keyboards of conflicted CNN commentators?

That's a question CNN should answer. It needs to audit its relationship with contributors and commentators, or at the very least answer questions directly about this whole affair, as opposed to merely releasing statements. At stake is not only its relationship with viewers, but also with political candidates and debate partners, who'll want to be sure that these situations won't recur. We've asked for interviews with top CNNers.