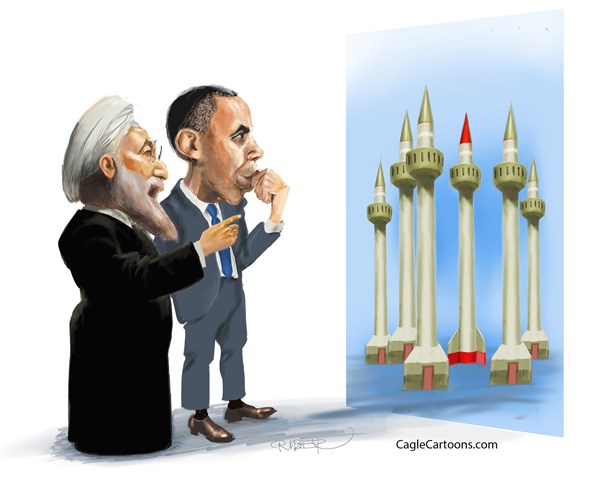 For years, many Republicans and conservatives have charged that President Barack Obama was shielding embarrassing intelligence and policy details about Iran in order to support the nuclear deal reached last year.

With Donald Trump's upset victory, the party of Lincoln will have an opportunity to declassify and disclose this information. While no decisions have been made, two early picks to Trump's cabinet suggest this is going to happen.

Let's start with retired general Michael Flynn, the next president's choice to be national security adviser. Flynn served for two years as Obama's director of the Defense Intelligence Agency from 2012 to 2014. Just as relevant, however, is that in 2011 he ran a team at the Office of the Director of National Intelligence that reviewed the troves of material captured in the 2011 Osama bin Laden raid.

Under Obama, the intelligence community has declassified a small fraction of those documents and released them in drips and drabs. This prompted Flynn, after he retired in 2014, to charge that the disclosures were selective. Flynn has said in interviews and writings that some documents captured in the bin Laden raid showed a much tighter relationship between Iran and al-Qaeda than previously disclosed.

The book he wrote this year with historian Michael Ledeen, "Field of Flight," says, "One letter to bin Laden reveals that al-Qaeda was working on chemical and biological weapons in Iran."

The next revealing pick in this regard is Representative Mike Pompeo, Trump's choice to be the CIA director. As a lawmaker and member of the House Permanent Select Committee on Intelligence, Pompeo mastered the details of the Iran agreement and became one of the most potent foes of the nuclear bargain in Congress. He traveled to Europe to warn businesses, banks and governments against foreign investment in Iran in light of remaining U.S. sanctions that would likely be enforced if a Republican won the 2016 election.

Pompeo also launched his own campaign to get to the bottom of the cash payments the U.S. delivered to Iran as it released the Americans the regime had detained. On Oct. 7, for example, Pompeo wrote to Attorney General Loretta Lynch asking for answers on how the cash payments were approved by the Justice Department. She replied later that month that she wasn't obliged to answer his questions.

Pompeo and Flynn are now occupying top positions in Trump's national security cabinet. After the inauguration, they will no longer have to ask to get answers to their questions about Obama's Iran policy.

There is some precedent for this. Obama himself in 2008 campaigned against the sitting president's policies on waterboarding and enhanced interrogation. One of the first things his government did when he took office was to declassify and release the legal memos that justified and revoked these practices. It looks like the Republicans are about to return the favor.