9 Things to Be Thankful for About the Election (Yes, you read that correctly!) 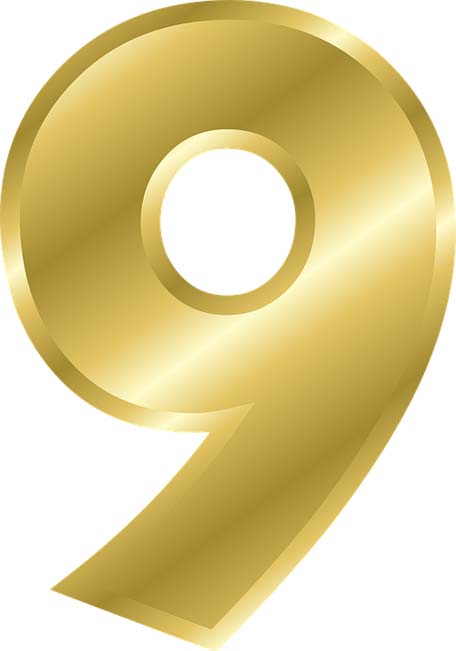 As unconventional, contentious and divisive as this election as been, there are nevertheless things one can find to be thankful for. Here a just a few.

1. Much of the national press has been exposed for the frauds that they are. Yes, that is actually something to be grateful for. We depend upon the press in a free society to keep those in power honest. It is deeply dangerous, therefore, to have a press that covers up for the government. And it is even more dangerous when that is the case and few know it. Thanks to Julian Assange and WikiLeaks, what many of us suspected was revealed to be true: Certain members of the press have been de facto activists for the Democratic Party for years. With their credibility in tatters, they are joining the call for a crackdown on "fake news." They can start with themselves.

2. We're having conversations about the Constitution. It's hard to overstate the importance of this as an opportunity for small-government conservatives. Now that President Obama is leaving office and President-elect Trump is taking the reins, Democrats are questioning the wisdom of the Executive Branch trampling on the legislative prerogative of Congress. Good. This is an issue that needs to be front and center.

3. Remember "diversity"? Yeah, that. Things are turned on their ear at the moment. The left is furious that 62 million people don't agree with them. And despite all their efforts to paint this as an election about disaffected, rural, white, uneducated males, the truth is much more complicated. The fact is that there is a great deal of disagreement about the direction of the country, and many people, regardless of gender, orientation, ethnicity, religion or race wanted something other than what the Democrats were offering. That's also why the two third-party candidates got as much national attention as they did. This, too, is called "diversity." Relatedly ...

4. This is what a big tent looks like. Love him or hate him, Donald Trump proved that big chunks of the American electorate are legitimately up for grabs. "Reagan Democrats" are still a thing. Women don't necessarily vote for other women. African Americans are not a monolithic voting bloc. Hispanic Americans are not terrified by enforcement of our immigration laws. The candidate that actually goes and speaks to Americans, instead of assuming their loyalty or denouncing them as cretins might have a chance to win their support. This, again, is a powerful opportunity for conservative candidates.

5. We still live in a free society, where political disagreements are resolved peacefully at the ballot box. Yes, the post-election fallout has been bitter and rancorous, but these are wars of words, not guns. In fact, it is precisely when feelings and opinions are as strong as they have been that the resilience and endurance of the national institutions are tested. Ours give us good reason to be proud. (And should give us pause about changing them.)

6. We also live in one of the world's most prosperous societies. It doesn't have to be a holiday; walk into your local grocery store and look at the bounty that thousands of farms and businesses, large and small, provide for us every single day . We are truly blessed, and we need to thank all those who make this possible. And that means recognizing that ...

7. The overwhelming majority of Americans are good people. Including those who voted for the other candidate. We depend upon each other for education, medicine, transportation, food, clothing, shelter and more. Does the political perspective of your paramedic really matter? Look at all the places across the world where disagreements routinely devolve into violence, or even all-out war. Now, consider someone you know whose political viewpoints drive you craziest, and ask yourself: Would you pull that person out of a burning building? Would you pull their children out of a burning building? Of course you would. So keep your perspective.

8. It's over. That means we don't have to deal with another presidential election for four more years. Thank God.

9. Chances are there is at least one person in your life who loves you. Find them, call them, text them, email them, go visit them or invite them to visit you. Put disagreements aside. Life is too short. Let them know you're thankful that they're in your life. Happy Thanksgiving!