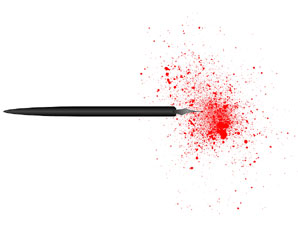 Last week, in a three day period, five police officers were gunned down across America. Blue lives apparently no longer matter and these horrific anti- police attacks, up 67% this year ) can directly be tied to the lies that the mainstream media have been perpetrating on the public since Ferguson, Missouri and the death of Michael Brown in 2014. Before any of the pertinent facts came out, the MSM immediately put out the news as this: Michael Brown, an unarmed black teenager, was shot and killed on Aug. 9, 2014, by Darren Wilson, a white police officer, in Ferguson, Mo., a suburb of St. Louis. (NYTimes).

During nearly eight years of race demagoguing by Marxists in academia and the mainstream media, the politics of racial envy reared its ugly head Alinsky style. This is somewhat ironic since these eight years have been under the administration of our first black president Barack Obama whose election was viewed as evidence of a post-racial America.

Once the media lied about the Brown incident by spreading the debunked tale that he had his hands up before the shooting, the Black Lives Matter movement was born --- funded in great part by the naive, the stupid and the malicious machinations of billionaire George Soros.

The MSM has done nothing to correct the misleading reports or to confirm that many of the shootings by the police were justified.

Disciples of Saul Alinsky, e.g. Hillary Clinton, absorbed his rules for radicals by cleverly recognizing that the road to power was in fomenting societal chaos. What better way to ensure that than by diminishing the power of law enforcement through Goebbel propaganda tactics abetted by media lies? Thus blue lives no longer matter.

What once was the forbidden crime in the criminal world, that of killing a cop, has become commonplace because Obama's Department of Justice refused to exact equal justice to all, especially to the white cops charged with the deaths of unarmed blacks which ultimately did turn out to be justified. Thanks to all the media misreporting, cops have a huge target on their backs especially white cops sitting waiting in squad cars.

The Fourth Estate has become the arm of the Progressive Democrat Party by reporting its liberal narrative rather than the truth. The result is that the minority community is convinced that the Republicans are the party of white racists while the Democrats are the saviors of the poor and the champions of civil rights.

Can all reporters be that ignorant or are they all complicit in promoting that big lie? Have they not studied history for the truth or are they blinded by ambition and self interest? Here are some salient facts about our political history that need to be distributed to those communities misled by media lies.

It was President Andrew Jackson, founder of the modern Democrat Party, who was said to own at one time over 300 slaves. No Republican has ever owned slaves. It was founded as the anti-slavery political party and succeeded in ending slavery.

Jackson was also responsible for the removal of Indians in the Southeast. He signed the Indian Removal Act into law.

The passage of the act was especially popular in the South where population growth and the discovery of gold on Cherokee land had increased pressure on tribal lands.

This policy was enforced by Jackson's successor, Democrat President Martin Van Buren, who sent 7,000 troops to carry out the relocation policy.

Due to the infighting between political factions, many Cherokees thought their appeals were still being considered when the relocation began. It was subsequent to this that as many as 4,000 Cherokees died on the "Trail of Tears".

Some more FACTS about the Democrat Party that even some Dems are unaware of:

The KKK was founded by the Democrats. The D.W. Griffith film, Birth of a Nation glorified the KKK and was praised by Democrat President Woodrow Wilson who also established segregation in the administration.

How about that great Dem icon, FDR? He never bothered to invite Olympic hero Jesse Owens to White House after his 1939 four gold medal win that humiliated Hitler but the white Olympians got the invite.

Remember those Jim Crow laws? Guess who was responsible for them?

Bull Connor, Lester Maddox, and George Wallace were all Democrats who fought against civil rights for blacks. More Republicans voted for the Civil Rights Act of 1964 than Democrats. Al Gore Sr. voted against it. Not only did he vote against it, he participated in a 74 day filibuster in an attempt to delay and weaken the legislation.

Since the majority in the mainstream media are liberals it is no secret why these facts about the Democrat Party are not well publicized. But as demonstrations and protests by radical groups like Black Lives Matter still escalate resulting in body and property damages, the media spin is proving beyond dangerous.

In this post-election cycle the media has been in full blown anti-Trump furor, portraying Trump's anti-illegal immigration campaign as hateful anti-all immigration. In Ohio, a Somali Muslim student attacked students at OSU by brandishing a knife, stabbing fleeing students after using his car to run them down. These actions were suggested by ISIS to recruits but somehow I suspect that this incident will be blamed on Trump's campaign rhetoric by the despicable MSM.

Lies by the media are nothing new. Although I would have been too young to ever vote for JFK, I was as wrapped up in his run for president as the nuns at my school who were thrilled at the very idea of a Catholic president. Had the media, who knew all about JFK's personal peccadilloes, revealed them publicly, JFK would have lost this tight race. Instead they covered up the Chicago voter fraud, over blew the romantic Camelot myth and we fell in love with his beautiful family. Imagine if JFK had never been president. Would we have even been in Vietnam? Would those 58K military soldiers still be alive? Would Mary Jo Kopechne have lived a longer life?

We'll never know. The good news is that the MSM lies are being defused and debunked by the independent conservative truth tellers on the Internet. Here's to Breitbart, lucianne.com, newsbusters.com, gatewaypundit.com and special thanks to theconservativetreehouse.com and its intrepid editor Sundance. May they and others like them, live long and prosper.