Hey, Dems-in-denial: There's still no good evidence that the election was rigged 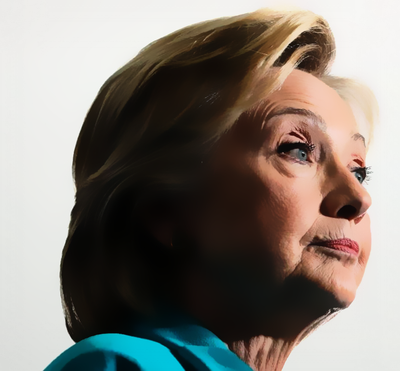 A brief news article published by New York magazine earlier this week became a safe harbor in stormy seas for Democrats shocked by the outcome of the 2016 presidential election. In it, the magazine's Gabriel Sherman -- slayer of Roger Ailes -- outlines a conversation between computer security experts and the campaign of Hillary Clinton.

The core of the story was this:

"The academics presented findings showing that in Wisconsin, Clinton received 7 percent fewer votes in counties that relied on electronic-voting machines compared with counties that used optical scanners and paper ballots. Based on this statistical analysis, Clinton may have been denied as many as 30,000 votes; she lost Wisconsin by 27,000."

For the past two weeks, Clinton supporters (and Donald Trump opponents) have been grappling with the surprising results of this year's presidential election. The closeness of the race in two states, Wisconsin and Pennsylvania, is why Trump will be inaugurated in January; the combined 90,000-vote margin in those two places, out of 126 million cast nationally, tipped the electoral college.

Sherman's story was not the first to question the validity of those results. A small margin in unlikely places is precisely the sort of thing that raises eyebrows, and these small margins did. Coupled with reporting that suggests Russia had a hand in trying to influence the outcome by hacking the emails of Clinton campaign chairman John Podesta, the implications were immediate.

There was the woman who worked at the Democratic National Committee and who claimed on Facebook that the departments of Justice and Homeland Security partnered with the loose-knit hacking coalition Anonymous and who saw "a lot of activity during Election Day from the Russians." There was the hashtag #AuditTheVote on Twitter, calling for review of the results in those states, with users often making nebulous allegations of impropriety. Even Dan Rather posted about "the specter of Russian involvement" hanging over the results, suggesting that the results might culminate with congressional hearings.

But it was the report in New York Magazine, relaying third-hand a report from academic experts including J. Alex Halderman of the University of Michigan Center for Computer Security and Society, that made the concerns feel concrete. These weren't rumors. This was real evidence (it seemed) of something going awry.

That's not really the case.

Reached by email, Halderman pointed us to a statement he'd written at Medium. It's a lengthy examination of how vote-tallying systems have been rigged or manipulated in the past, but the most important line (for our purposes) is this one:

"Were this year's deviations from pre-election polls the results of a cyberattack? Probably not. I believe the most likely explanation is that the polls were systematically wrong, rather than that the election was hacked."

Halderman's concern is less about 2016 than it is broadly about the risk to our electoral systems. As it was in August, when he was featured in a Politico article warning of the same risks. (Halderman also notes that Sherman got the numbers wrong.)

Before the election, when Democrats were dismissing the idea of rigging an election when it was raised (repeatedly) by Trump and his allies, we outlined just how difficult such a proposal would be. For one thing, one would need to know in advance where to rig the vote to have the most effect. For example: In 2000, you would have needed to know that the margins in Florida were razor thin, and to have put just enough resources into the state to tip the scales without tipping your hand. That sort of prognostication is far, far easier in retrospect.

That's the thing about Wisconsin and Pennsylvania. The polls in Wisconsin in particular were far from the mark, meaning that ne'er-do-wells looking to affect the results would be less likely to target the state. Why rig the vote in a place where Clinton is up by six points?

As Vox's Andrew Prokop writes, the results across the Midwest were surprising -- but consistent. As it turns out, it would have been weirder for Wisconsin to have gone for Clinton by six points while losing Iowa by 10, tying in Michigan, losing Ohio by eight and winning Minnesota by only a little more than a point. All of those states use different balloting systems, administered locally, making the likelihood of a widespread hack even smaller.

Clinton lost the election because it was close enough in those Midwestern states for her to lose. Because, as Nate Silver was noting even before Election Day, her firewall in those states was much shakier than it was for Barack Obama. Because her get-out-the-vote operation was not all it was cracked up to be.

She lost, in other words, because she got fewer votes where it counted. That was a surprise, and surprises can be awfully hard to accept.